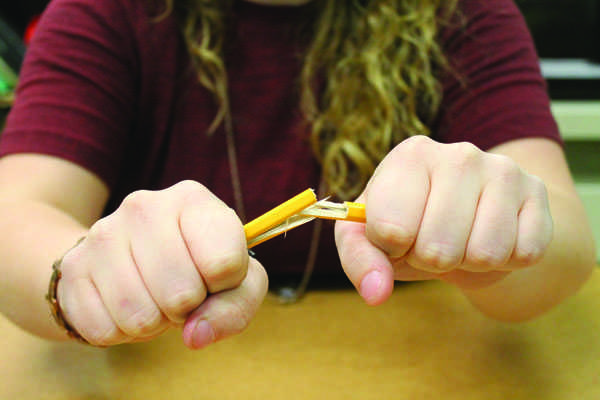 Standardized testing has been around for what has seemed like ages. So why are so many tests administered to us students? Are they only given out to determine if teachers are doing their jobs? Who decides what teachers have to teach? The answer to that question is a simple three words: your state government.

From day one, you’ve gone into class, learned certain subtopics about certain subjects, and then after a certain period of time you’re given a test that covers all of those subtopics.

Senior Eileen Bare is in her last year of learning material this way. In her opinion, standardized tests “…suck, and they don’t accurately represent students’ levels of intelligence.”

Do the underclassmen feel the same way? It would appear so.  Junior Garrett Sheets compared taking tests to signing up for Selective Service. “You have to do it, nobody likes it, and someone might die.”

Sophomore Will Britt, who recently had to take the new ISTEP test, agrees with Bare and Sheets, but also added some new thoughts of his own. “[Standardized tests] are too easy. We learn based on tests, so we don’t apply actual knowledge like we are required to do in college.”

Only freshman Baileigh Hofer slightly disagreed with the previous statements. “Testing is good, but definitely not in the large quantity we are tested in,” she said.

Whether we like it or not, standardized testing is here to stay. Most everybody may seem to not care for the tests, but they will most likely stay in the American education system for the foreseeable future.