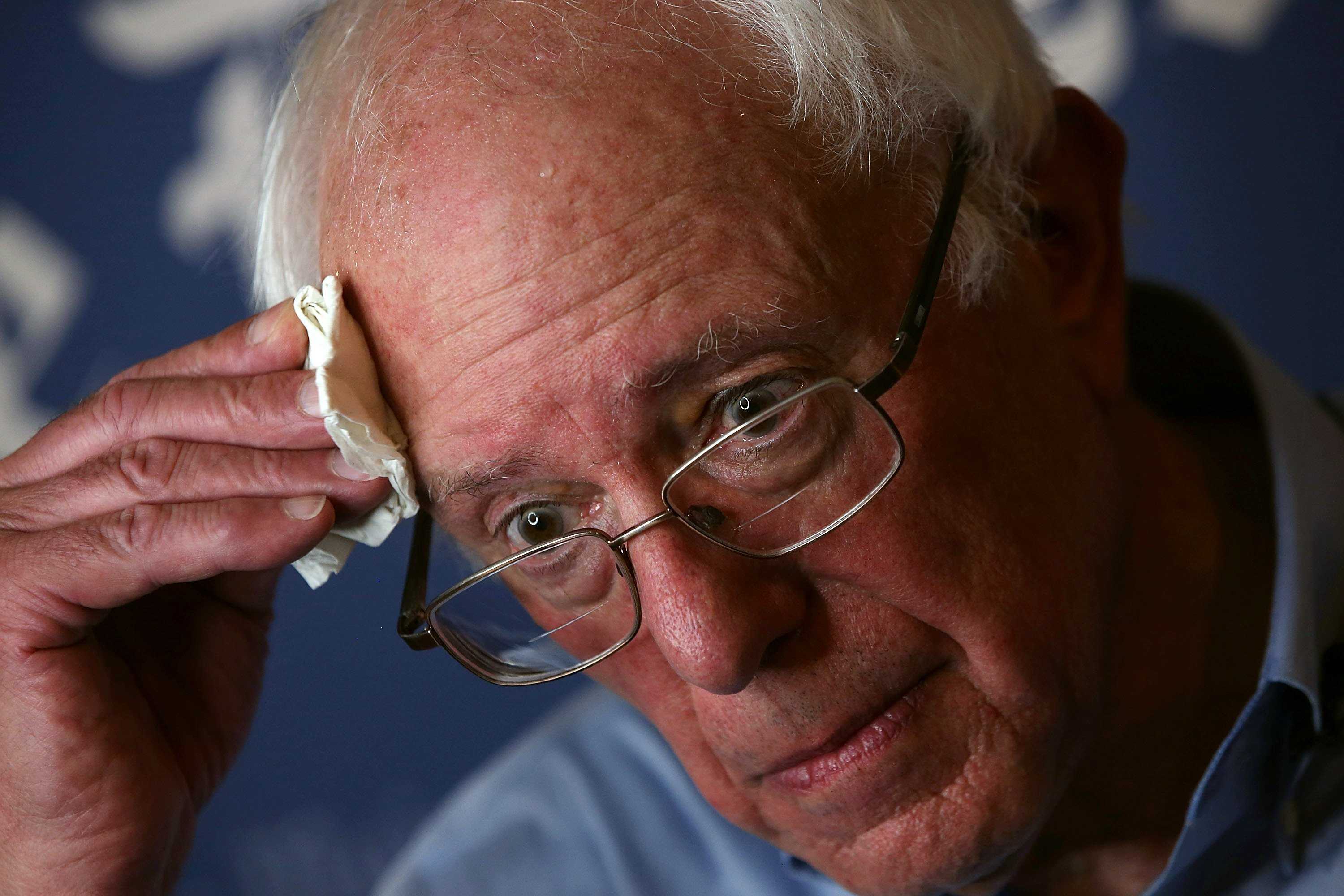 I imagine Mr. Bernard Sanders sitting in his luxury townhome in suburban Vermont with his morning coffee and daily newspaper. He is seeing a headline written touting his victory in Vermont. Bernie smiles at this and calls his wife in the room and says triumphantly, “Look honey! We’re winning!”, to which his wife smiles and nods to herself, knowing full well he will end up in a straight jacket before he retires from politics.

Following in the wake of the inevitably lopsided victories for Hillary Clinton (D) and Donald Trump (R) from Super Tuesday, I am left with a question of great proportion. If, and only if, Bernie Sanders gets the nomination and if, and only if, he wins the presidency, will it work?

It seems like all of my peers are infatuated with the 74 year old from Vermont. What is so appealing about this man? It is as if most of the younger generation has become very disillusioned with what he really stands for. Here is my attempt at breaking down the man some people have nicknamed Bernie Sandals and Bernie Sandwiches. #feeltheheartbern

Sanders was very active in his early career. As part of a working class family when he was young, Bernie saw first-hand America’s economic disparity. As he told Guardian newspaper, “I saw unfairness. That was the major inspiration in my politics.”

Sanders has also credited much of his political idea 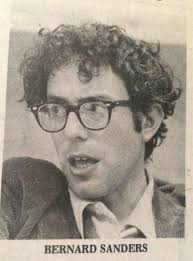 s to the American socialist party leader in the early 20th century, Eugene V. Debs. Debs was largely considered a political failure, running five times for president, earning a grand total of 0 electoral votes. He even ran for president and conducted his presidential campaign from inside of a jail cell during the election of 1918.

I’m not expecting Bernie to run for president from the inside of a jail cell, but that doesn’t mean he hasn’t seen the inside of one. In 1963, a young Bernie Sanders was arrested at an anti discrimination protest and was fined $25. Sanders was hardly deterred by this because of the rising tensions of racial equality in the early 1960’s, and this run-in with the police did nothing but bolster his dislike for anything establishment.

Sanders was also strongly against police violence, a commonplace among police officers and the African American population in the early 60’s. Sanders once spent a whole day going around the University of Chicago campus, where he attended college, putting up signs and posters defaming Chicago police only to realize a police officer had been following him at a distance tearing them all down.

In the 1970’s, Sanders finally tasted his first bit of political victory, being elected as the mayor of Burlington Vermont by a measly 12 votes. He was re-elected three more times and this, to Sanders, was just further proof that the idea of “Democratic Socialism” could survive in office.

Known for his constantly rumpled clothes and untamed mane, he made an unlikely candidate for a national office, especially when he was running as an independent. Still, the political underdog scored a win in the House of Representatives. This was his first victory in a national office, and he has remained as the longest serving individual in a seat of federal government. Sanders then went on to serve as the Chairman of the Senate Committee on Veterans Affairs from January 3rd, 2013 to January 3rd, 2015. Sanders was at the helm of the VA during one of the darkest times in the organization’s history. In the spring of 2014, CNN reported that over 40 veterans had died waiting for years to see a doctor. There were reported secret waiting lists and more than 120,000 veterans were left off the list, even after they had applied to see a specialist.

Bernard Sanders is now running for the prestigious title of The President of the United States as a part of the Democratic party. Sanders, a self proclaimed Democratic Socialist, is under the official campaign slogan, Bernie 2016. Although the more popular and unofficial slogan, “Feel the Bern,” has taken far superior popularity to the official tagline. Sanders is campaigning under a basic end goal of creating a political revolution in America.

One of our most radically different candidates in recent history is taking the nation by storm among the young people in America. According to the McClatchy-Marist Poll, Sanders has a whopping 58% popularity among Democrats or Democratic-leaning Independents aged 17-29. It is blatantly obvious what type of person Bernie is appealing to with his “political revolution” plea.

Unfortunately, this age group has historically and consistently been the worst performing group of voters when it comes to physically going to the polls to vote. According to The Washington Post, in the 2012 primary election, only 19.9% of registered voters aged 17-29 showed up to vote. It doesn’t take so much energy for Bernie to go on the internet and see this, but he is an absolutely determined man.

Sanders’ campaign makes no attempt to hide the astronomical sticker price of its “political revolution,” nor does it pretend that universal programs can be funded by budget gimmicks. Federal taxes on Americans amass about 3 trillion dollars each year.

If Sanders’ “universal” government takes effect, it will cultivate an additional 1.4 trillion dollars per year. This means creating a new 50 and 54% tax bracket for the top one percent earners in the country. A shocking jump in revenue would spell disaster for some people, but would we all pay more?

On the tax side of things, yes. Just about every citizen in the US would pay more in federal taxes each year if Bernie’s tax plan goes into effect. On the contrary, there could be widespread savings, too, which theoretically suggests the government would spend less borrowed money and more of our tax dollars on things, rather than driving up the national debt even further.

This brings up another strong position Sanders takes about the prosperity of the American future in his eyes.

Free college? Sign me up! Well hold on there, let’s take a look at how “free” free college really is. The state of California has 112 community colleges that charge a nationwide low average of $1,429 per year, according to The Washington Post.  California has essentially been receiving “free” college since the early 80’s.

In 1984, California introduced the Board of Directors fee waiver, effectively cutting all college tuition for two thirds of low income community college applicants to a cool zero dollars and zero cents. California actively has the largest community college base in the nation, serving over 2.1 million students, conferring nearly 120,000 degrees and certificates each year. All of these numbers mean nothing unless these measures are proving successful, which they aren’t.

By the second term of community college in California, an average of a quarter of the students don’t continue. By the halfway mark of their first year, only 50% stay with the program. Is all of this funding necessary for helping millions of 17-19 year olds get into college just so half of them can leave? Multiply this times 50 and you could end up with a situation where the federal government is paying more money to help these college dropouts than all of the people who stuck through college are getting paid in their workplaces combined. As for the people who dostick around for an associates or bachelors degree, It hardly emphasizes the importance of hard work and determination at the next level.

In simple economics, if you produce too much of a product, the supply goes up, the demand goes down, and the price goes down as well. This can also be applied to college degrees. The more college degrees a nation pumps out, the less demand there will be for them. High school diplomas would end up being the same value to companies as a bachelors degree, therefore driving the quality of hired employees down, at the same time lowering the quality of work that gets done across the board.

These positive things, however, are only applicable if you completely disregard the things we’re already paying for; things such as infrastructure repairs across the country and the continued worry about running out of money in social security benefits would send the total cost required to pay for both of these things to skyrocket, further sending the deficit over the 20 trillion dollar mark. So here’s the real question when it comes to economy: Do Bernie Sanders’ supporters realize how much of an economic shock this would be?

I realize that young people want a lot of change and they want it now, just as the youth of the country wanted in the election of 1932, with Herbert Hoover stuck in his old ways of sitting back and watching, and the somewhat radical Franklin Delano Roosevelt who was very progressive in his thinking. Two presidential candidates on drastically opposite sides ofthe road there (thanks Mr. Babbit). When the younger population today sees these “instant gratification” ideas that Sanders is using, they are suddenly the loudest voice in the country, screaming for whom they want to lead them. Honestly, who doesn’t love Santa?

Running for president is easy. Tell the people what they want, and you’ll get votes. Bernie Sanders’ ideas are fantastic. Not logical, practical, or fiscally sound, but hopeful, imaginative, and exciting.

One Response to “Mr. Bernard Sanders: A Detailed Look”