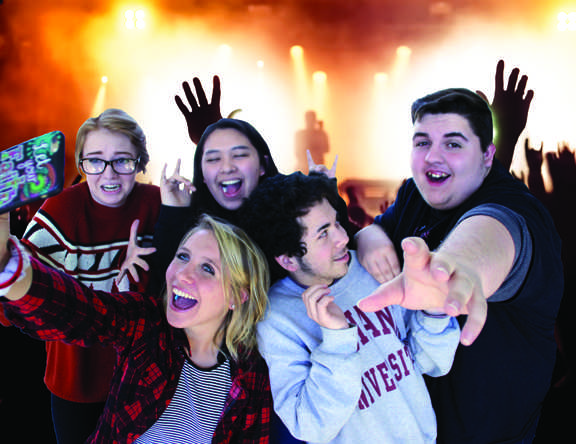 As divided as the world is today, we can all be united by a common love for a universal topic. That’s right! I’m talking about music. It doesn’t matter what kind of tunes you choose to blast through your earbuds, be it  rap, country, pop, or some really cool indie band that like, nobody has probably ever heard of; we all can connect over music as a whole.

With that being said, most of us have probably been to at least one concert in our lifetimes. It could have been a concert that your parents drug you along to, like the Wiggles when you were five, or a concert you genuinely wanted to go to. We can all agree that there a certain behaviours that no decent human being should EVER portray in a social gathering. I’m going to lay down the law on what not to do when you are at a concert.

Let’s start off with a basic rule; be courteous of other people. When you are at a general admission concert, you want to get the quality spot that you have been waiting hours for. So, if you see some girl standing in the third row and you have the sudden urge to elbow her in the sides to get in front of her, take a chill pill and refrain. She got there before you did, so she ended up with the better spot. It’s that simple. ALSO, if the bright idea pops into your head and you think, “Hey, I’m going to crawl under the feet of hundreds of people to get to the front of the line! Hopefully no one notices a person forcefully moving their legs!” I’m begging you, don’t do it. People are savages when it comes to seeing their favorite musician and will more than likely step on you on purpose. So instead of getting a fun night out, you get a hospital bill.

With that being said, it’s always exciting when the concert starts. You get to see the artist you paid good money to see and sing along with. Fun, right? Right! It is fun! What’s not fun is when people scream so blood curdling loud that you can’t even hear the artist sing their own song. If I can hear your uvula wiggling as you belt the notes to an acoustic song, you should take a few steps back…like back to your house.

Let’s revisit the basic rule I acquainted you with at the beginning. People are always going to try and get in front of you – that’s typical. I would be lying if I said I never shoved a grown man out of my way just to get a closer look at the artist on stage. With that being said, not everyone pushes and shoves to get up front, instead, a lot of people lie. Shocking, right? If you’re one of those people who make up excuses, please make them make sense. By that, I mean if you shove your way in front of me and stop smack in the middle of my line of sight, I’ll probably ask, “Hey bucko, what are you doing?” to which someone who has no idea what they’re doing will reply, “Um, I’m looking for my friend.”

“Um… she’s like, somewhere around here…Jenna!?” They whisper shout for their “friend” who does not exist.

We would all like to enjoy this experience and walk away with mostly fond memories. There are always going to be rude people who will drunkenly pull your hair or even push you down to the floor so they can step over you. As a plea for the decency of humanity, don’t be like that guy.