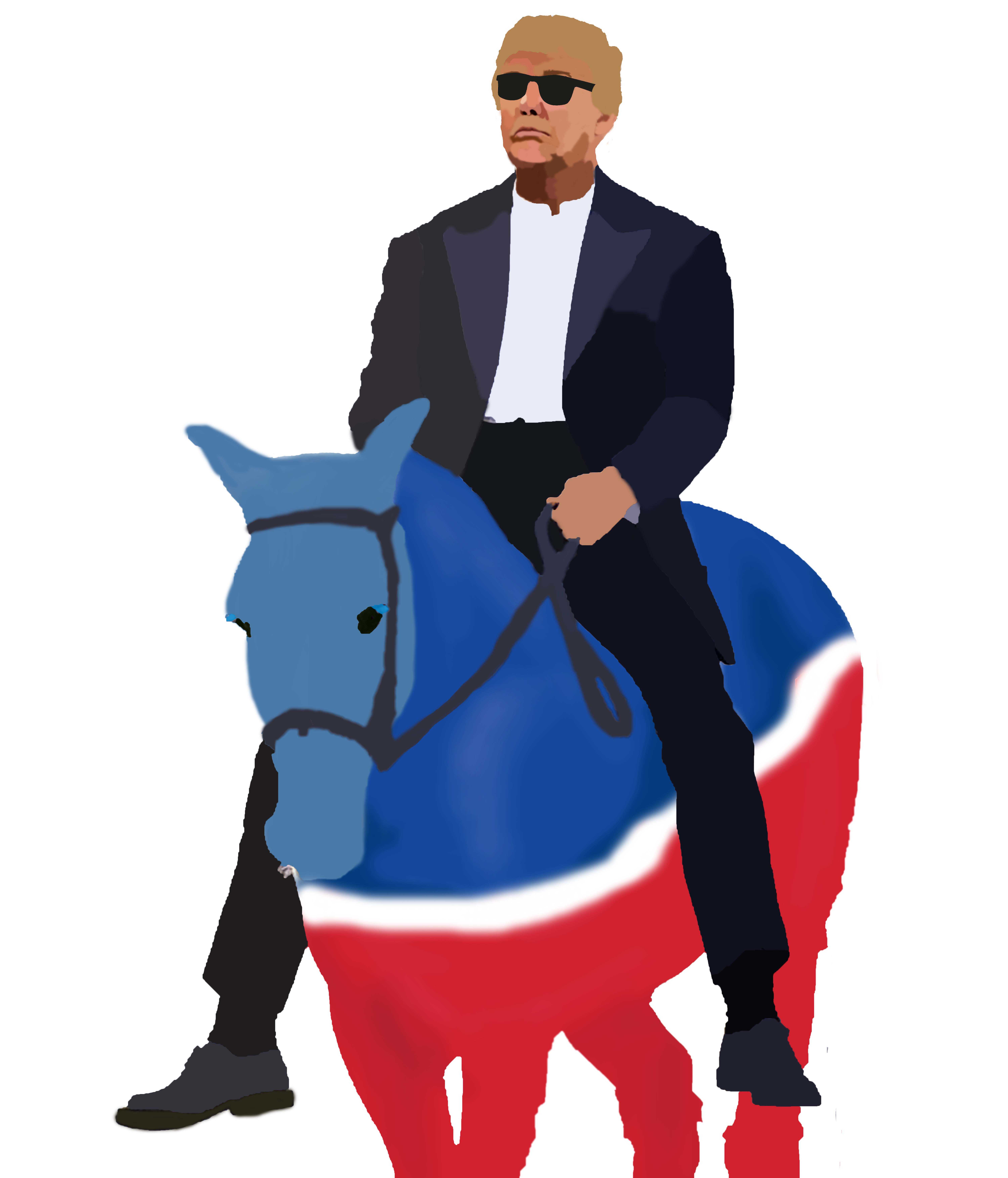 Donald Trump and Hillary Clinton are actually BFF’s and guess what? Trump might be winning the election for her! One of the most popular theories of the 2016 election could mean just that.

Being arguably the two most famous political figures in the world right now, presidential candidates Donald Trump and Hillary Clinton have been swarmed with rumors, hate, and backlash throughout their campaigns. Throughout this time, many interesting conspiracy theories have also been created about the candidates, most of them being bogus lies about Hillary’s health issues. Although most theories are pushed upon by Trump to make Hillary look weaker, there is a very interesting and believable conspiracy theory about Trump and Hillary and what exactly their “relationship” is.

Throughout the last couple of months, a rumor has surfaced that Trump could possibly be a “democratic secret agent.” Yes, I am aware of how crazy the term “democratic secret agent” sounds, but what exactly does it mean? Well, let’s start from the beginning. For years, the Clinton’s and Trump’s have been known to be great friends. Even when you search them on Google, you’ll find images of them laughing and talking like they are the best of friends. In fact, Trump has donated thousands of dollars to the Clinton Foundation and has even promoted her previous campaigns. So, why would Trump bash on Hillary during the presidential race if they were such good friends before? Well, that’s where this theory comes in.

Basically, the theory goes that Trump was hired by the Clintons’ to run against Hil

lary as a Republican candidate and make the Republican party look bad in comparison to her. The plan was for Trump and Hillary to be the final two candidates, and then Trump would drop out of the race so Hillary would automatically win. So what’s in it for Trump you may ask? The publicity. People always say that any publicity is good publicity a
nd apparently Trump is a firm believer in that. All year long, all we’ve heard about are the actions of Trump and how he’s gone too far. Well,

why do you think he would make such a fool out of himself if he was trying to become the president of the United States? Basically, he wants to become more popular; and it’s working. Trump’s popularity has exploded since the start of the race and the drama between Trump and Hillary has only made him more popular. He’s a businessman who loves money and this plan would allow him to gain even more recognition.. However, just like any plan, there are always speed bumps along the road.

Recently, Donald Trump has seemed to clean up his act a bit and has even apologized for some of his previous actions. Is it because he actually feels sorry for what he has said, or has he realized he could actually win the presidency after all? Well, theorists have said that maybe Trump has dropped out of the deal with the Clintons’
and is trying to win for real. After a shocking amount of supporters, Trump realized that people actually agreed with what he was saying and that he could beat Hillary. Remember, Trump wants to be as famous as possible, and who’s more famous in the United States than the President? So, perhaps he’s ditched his partnership with Hillary and he’s going all in to win the presidential race.  Although this theory is very believable, nobody really knows what the case is. All we can do now is wait and see if Trump really is a “democratic secret agent.”

One Response to “Hillary’s Trump Card”