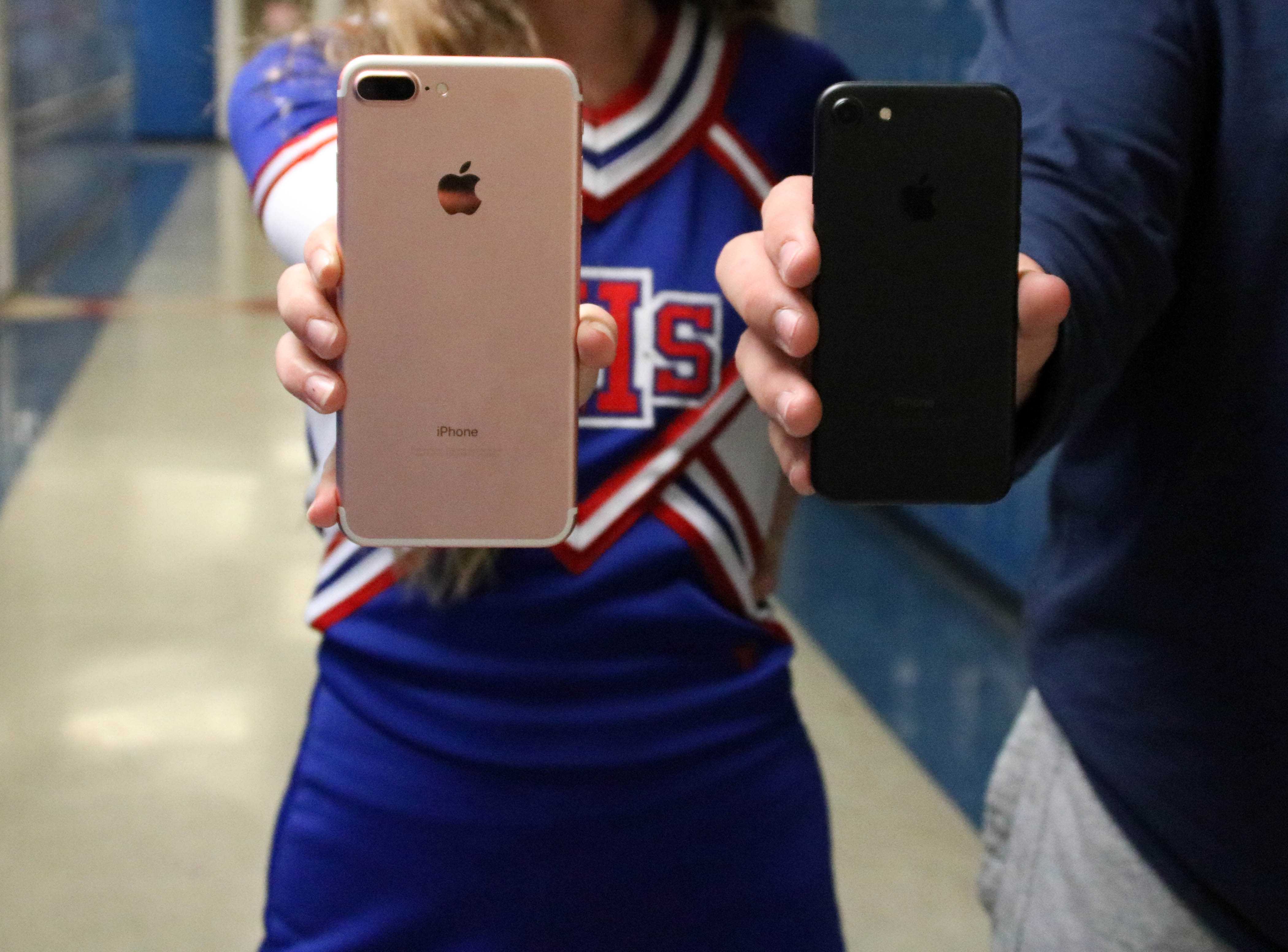 There has been quite the buzz for the newest iPhone 7 and iPhone 7 plus that were released on September 16 of this year. They were both revealed on September 7, 2016 in San Francisco, California. Rumours were swirling  about the style and features of the iPhone, with a great portion of them true. The of discontinuation of the 3.5mm audio jack was confirmed. Although there is no audio jack, the iPhone 7 and 7 plus do not come with the new iPhone “wireless earpods”. Instead, they come with headphones exactly like the ones that come with the iPhone 6s, except at the end it has a lightning plug instead of an audio jack. Without the audio jack, the newest iPhone does not allow you to listen to music and charge your phone at the same time making it one of the biggest complaints. To combat this, Apple recently created a fifty dollar lightning dock after the release to solve this problem.The iPhone 7 and 7 plus do not have wireless charging like some of the rumors suggested. Like previous models, the iPhone 7 will not have a pro version either.

Until now, there had not been a great difference between the regular size iPhone and the plus model. Although they are still very similar, the iPhone 7 plus features a 56mm 12-megapixel telephoto lens with a f/2.8 aperture as well as the 28mm 12 megapixel wide-angle 6 element lens with only a f/1.8 aperture that is featured on the iPhone 7. The purpose for the dual lens is to help make zoomed images clearer. Along with the telephoto lens, the iPhone cameras have upgraded to 7 megapixel FaceTime HD camera, a new four-LED flash that is 50% brighter than the iPhone 6s and a wide color capture which helps light pictures in low light settings.

With an IP67 dust resistance, 25% brighter display, A10 Fusion processor, and water resistance that can stand up to 30 minutes in one meter deep water, the iPhone 7 and 7 plus have been built very different than the previous models. Apple even said goodbye to the antenna bands that spread across the back of the previous iPhones and the option of a 16G memory. Now, the memory storage starts at 32G and they’ve added the new color options of “Jet Black” and “Matte Black”. Along with the new colors, they added two more speaker grills, a pressure sensitive home button and a battery that last two hours longer than the iPhone 6s. When buying the iPhone 7 and iPhone 7 plus, the phone comes with headphones, a charger, and now an adaptor to replace the audio jack.