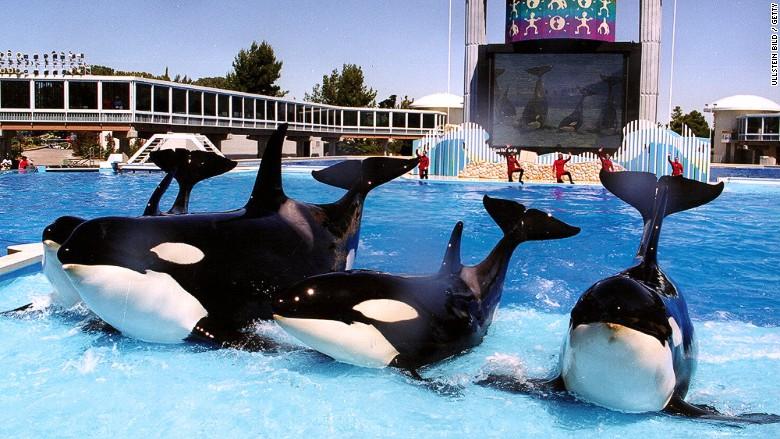 On March 17th, 2016 Seaworld announced to officially stop breeding orcas after years of backlash and protests to try and save these creatures. They have also planned to stop killer whale shows in the near future, but have yet to release a date when this action will take place. While Seaworld is finally taking a tiny step in the right direction, there are still many improvements that need to be made for the whales at Seaworld.

In the past, Seaworld provided all their orcas themselves, meaning they hired “marine cowboys” to capture and deliver orcas to the park. One of the establishment’s most famous killer whales, Shamu, was one of these orcas. Shamu, like many other orcas, witnessed the murder of his mother and family as the capturers would kill the orcas with harpoons that they didn’t want or need. Seaworld has said that they only capture killer whales that are ill or injured, but Tilikum’s story proves that claim wrong. Tilikum is a whale that is currently living in a cramped tank inside of Seaworld and is being forced to perform shows after he was caught as a baby and taken away from his home and family.

Today, we can see the abuse and abandonment through the orcas themselves. At Seaworld, the majority of killer whales have collapsed dorsal fins that curve and hang over their body. In the wild, this only occurs when an orca is ill or stressed, proving the killer whales in Seaworld to be unhappy. Many orcas also have chipped or missing teeth where they have repeatedly banged them on the concrete walls of their small tanks. Not only does this cause injury to the orca, it also can lead to diseases and other illnesses from dental infections.

In response to these facts, Seaworld has said that the orcas inside their park are completely normal, and the behavior is as it would be in the wild. However, the killer whales are placed too closely together and often get into fights. The battle scars can be seen on the sides of the whales. In the wild, when a fight would occur, an orca would have the chance to swim away and be out of trouble. Inside of the cramped tanks, the orcas have nowhere to go and there is little the trainers can do to separate the giant creatures when aggressive.

Blackfish, a movie that exposed Seaworld for the things that go on outside of orca shows, was a big push in making people realize that there was a problem. The movie takes you through the story of Tilikum and tells you about the numerous people he has killed. One such person was Dawn Brancheau, who was killed during a show. “Tilikum broke its trainer’s jaw, fractured part of her vertebra and dislocated one of her elbows and a knee while thrashing her around its pool,” said ABC News. This left experts with a question: Orcas have never been known to attack people in the wild, so why did it happen at Seaworld? Some people have explained it by saying that the years of living in small tanks inside of Seaworld drove the killer whale to do things it normally would not, and, in a way, making the orca go insane.

This movie affected Seaworld tremendously; it showed through the decrease in the park’s stock, the park’s attendance, and by people voicing their opinions in various ways. Many people showed up outside of Seaworld the weeks following the release of Blackfish and demanded justice for the animals, specifically the orcas. Other people showed their support by simply not going to Seaworld. After the movie came out, Seaworld’s attendance dropped by 13 percent, and its stock went down by 35 percent.

After Seaworld’s big announcement to end breeding, many people expected the orcas to be released. However, Seaworld shut that hope down very quickly. “Almost all of our whales were born at SeaWorld and have never lived in the wild. They would not be able to handle the ocean’s man-made pollution or naturally occurring diseases. Stuck in these cages, they would be helpless to avoid contagious diseases, parasites and pollutants,” a representative of Seaworld said. This statement has been ironic to some, as the orcas at Seaworld are currently facing the dangers of numerous diseases that most likely would go untreated inside of their tanks. Under the “safe” care of Seaworld, the killer whales health has been poor and nothing like an orca in the wild. The majority of the killer whales inside the amusement park have died before the age of thirteen, while in the wild they live fifty to one-hundred years.

Seaworld is slowly improving, but have many more improvements need to be made in order to please the many determined people who want to see changes in the park. They can make bigger tanks and decrease the number of animals per tank, but in the end, an animal imprisoned in a tank is not a free animal.