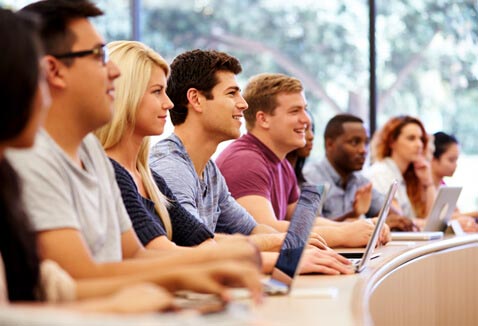 Don’t Decide Yet! Test it First.

When it comes time to decide between colleges, picking the right one can be very difficult. Figuring out where you want to go can be hard when you don’t have a real experience. Well, you’re now in luck as you can “test the college.” Colleges are providing more and more ways to do just that. One of the best ways to “test” a college is through the ever-increasing pre-college summer programs. It allows a student to “attend” a college for a few weeks in the summer before their senior year.

Pre-college programs are vastly different than college tours. It gives the student a glimpse of how long the homework typically takes and introduces the student to the different types of people who would attend the school.

“The campus tour doesn’t cover how many different types of people there are and how many different backgrounds and ethnicities you experience by going there,” said senior Noah Jackson, who had the opportunity to go to Rhode Island Schools of Design’s pre-college program in July of 2017.

He said the atmosphere, while still similar to a school setting, was different. In the pre-college programs, a student only has one class every day for seven hours. A student could select either one or several classes to take for several weeks in the summer. Typically, the student would not have that same class for another few days, allowing them time to finish their homework.

The pre-college program showed a significant difference from the atmosphere of high school. There, the students treat each other as equals, regardless of their age. The teachers, however are a different story. “The teachers treat you with a different level of respect. I don’t believe I ever addressed any of my teachers by their last name. I was always on a first name basis with all of my professors,” said Jackson.

Aside from his classwork, Jackson found that he was able to go to the gym that was available on school campus. He also found time to occasionally visit friends’ dorms and he would regularly make trips to the school eatery. Regarding time management, Jackson said, “As long as your regular pattern isn’t staying up until midnight and going to all the different parties around, then you’ll be fine.” Jackson spoke of how, like high school, it was difficult to get used to, but once he figured it out, it was not a problem.

Jackson first learned about the college program through his parents and his email subscription to the Rhode Island School of Design. More information could also be found on the internet or on a campus tour. After this experience, he feels much more comfortable going to college. He felt that it familiarized him with the structure of the school, and helped him see how tough college classes really are.

Pre-college programs can help a student to decide whether or not they would like to attend the school. It gives them a glimpse of what the atmosphere, the students, and the teachers could be like. Now, adolescents all over the world can experience college firsthand in order to better decide whether college is meant for them. It is now the easiest it has ever been to choose between colleges.