On both November 30 and December 1, a suspected bed bug was found inside of MHS. One bug was presented to the clinic, on a student and another on a pillow from the IMC. “…Thursday we had a student come in who had one on him again and he had been in auditorium B. And then on Friday, we had a student who came in and there was a bug on a pillow. He had come from the IMC,” said Mrs. Schafer, MHS nurse.

After Mrs. Schafer was notified, her first response was to contact Mr. Burgess. “I informed [him] because that is who we usually go to for stuff like this. And then, I don’t know who all he spoke to as far as what decisions to be made, but I know that they got rid of some of the furniture…”

As soon as the office was notified, “The areas were cleared, there were items bagged, removed, and laundered…we contacted the pest control, [Orkin] and our maintenance department that handles the pest control for an inspection for the all clear,” said Dr. Sears, which all took place that same weekend. After Orkin came in, it was confirmed that these were, in fact, bed bugs. By Monday morning at 7:40 am, the school had been searched, cleaned, and all the furniture from the IMC was still in the cleaning process.

However, among the student body, many talked about how the school was infested, which in fact is not true. Dr. Sears expressed his opinion on the matter by saying, “I think the danger with it was rumor. What does it mean? What does everybody know about it? When we don’t know much, we really panic.” He went on to say,  “The truth is here is that our daily operation, our students, the business of education…that’s our business. That’s what we do and there is nothing more important. So if there was a reason to get out of here and shut down, we’d do it. And like the other way, if there is a reason, if all the reasons point to staying safe and that there is no true threat or hazard, then we are going to be here.” 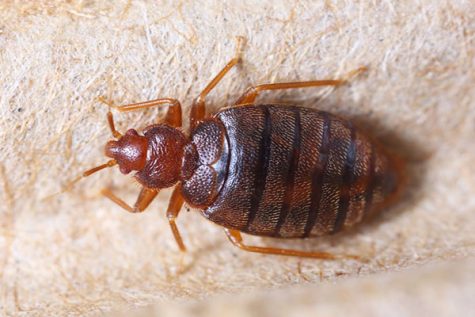 One Response to “MHS Bed Bugs”