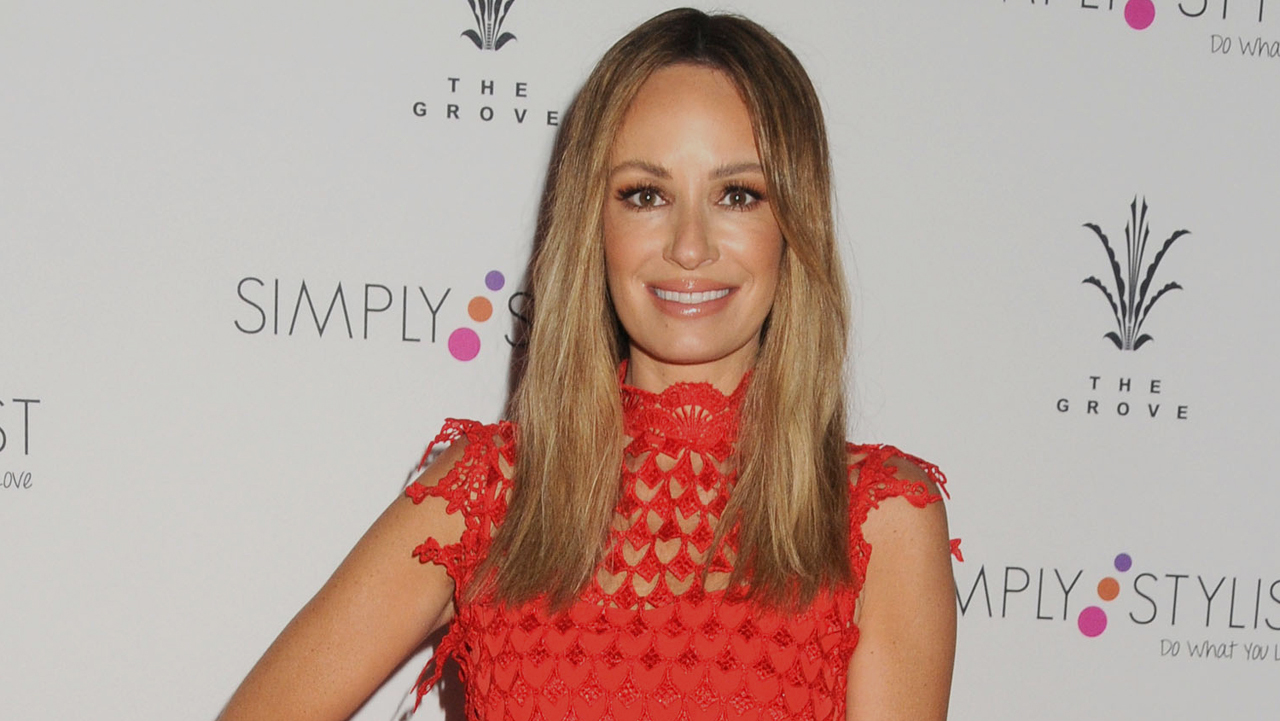 Martinsville Native And Former E! Host Shares Her Story With Us

Growing up in Martinsville, Indiana, Catt Sadler had her ambitions set high. She was a cheerleader, a member of NHS, and she participated in show choir, musicals, and plays. Becoming an actress was one of her biggest dreams. However, after seeing Katie Couric on The Today Show, she said she became really interested in broadcasting. “I loved tuning into the morning shows at the time. And she was, I thought, a great example of someone who had a wonderful, sunny disposition and a bright, positive personality, but she was also a cutting-edge journalist.”

Couric really stood out to Sadler for having light-hearted stories one minute, and covering the important, serious matters the next. No matter which path she would end up taking, Sadler knew California was where those dreams could come true. She did a bit of broadcasting work in Indiana, but eventually, in 1997, she packed her bags and made her move across the country.

Sadler said California was like an “instant love affair.” The weather and the energy were perfect. She said the move was an easy one since she had made previous visits before relocating to San Francisco. Sadler did some local broadcasting, and after having her second son, she experienced what she described as an “internal craving” for more. She had watched the E! Entertainment channel and some of their news shows and wondered, what if? So Sadler called her agent and went on a couple of auditions.

“It happened very quickly,” she recollected, “Within three months time, from my first meeting, I had a job offer. That’s pretty unheard of.” There was a developing show named The Daily Ten and they were looking for three hosts. The casting directors liked that Sadler was a mother from the midwest; it helped them relate to a target audience. So in 2006, Sadler was brought on as a host.

For about the next four and a half years, Sadler was the host of The Daily Ten. Her job consisted of doing voice overs, writing and researching stories, and preparing opinions and speaking about various topics. She also did interviews and worked with press outside of her daily work routine.

The show was cancelled towards the end of October 2010. Sadler, the only host who stayed with E! after cancellation, joined the E! News program. She became an onset host and a correspondent. As time went on, Sadler gained both airtime and responsibilities such as filling in for the main host at the time. Sadler worked on the show, changing roles as its’ structure changed, and within this past year became the host of the unscripted live show The Daily Pop. She worked on these projects up until she left E! recently.

Sadler’s time at E! definitely had it’s highlights. One moment that stands out prominently in her memory is meeting Oprah Winfrey.

“I interviewed her at the Governors Ball, the Academy Awards a couple of years ago. That was on live television; that was an absolute highlight and such a meaningful experience.”

Sadler also met her “favorite actress, activist, and human being” Meryl Streep. Some other work also covered different fashion weeks, another passion of Sadler’s, in New York and France. From meeting her idols to travelling the world, Sadler enjoyed her time at E!. So why did she leave? To simply put it, she was being paid significantly less than her male co-worker, Jason Kennedy.

“When I first found out, I was just disappointed more than anything. I was surprised, also,” Sadler said. Knowing her contract would soon be up to be renewed, Sadler continued doing her job as expected and believed that she would soon get the pay she deserved. The two had started working at E! at the same time, but he was being paid more than double than Sadler was. She said, “My focus throughout the year, knowing that information, was to continue being a team player, continue to do excellent work.” After change was not made in time for the contract renewal, Sadler had to make a tough decision to leave E!, “I had expected things to turn out differently.”

The news of this simultaneously spread at the same time as the Time’s Up movement and protest occurred at the 75th Golden Globes. Celebrities on the red carpet showed support for Catt Sadler while being interviewed live by E!’s correspondents, Giuliana Rancic and Ryan Seacrest. Actress Eva Longoria said, “With Time’s Up, we support gender equity and equal pay, and we hope E! follows that lead with Catt as well. We stand with you Catt.”

Star of Will & Grace, Debra Messing, stated, “I was so shocked to hear that E! doesn’t believe in paying their female co-hosts as their male co-hosts. We want people to start having this conversation that women are just as valuable as men.” Stars like Julianne Moore, Brie Larson, Jennifer Lawrence, and Ellen Pompeo posted their support on social media.

Within a few days, E! Chief Frances Berwick made a statement on the situation. “There is a lot of misinformation out there,” Berwick said. “Catt Sadler and Jason Kennedy had different roles and therefore different salaries. Catt was focused on daytime, Jason Kennedy is on primetime evening news plus red carpet. Our employees’ salaries are based on their roles and their expertise regardless of gender. We wish Catt well, but I hope that sets the record straight on that.”

“I had expected things to turn out differently.”

Sadler was disappointed in the network for this response. She said it felt as if E! is living a different reality and to say that Kennedy and Sadler’s roles weren’t comparable was just not true.

“They have said to me that they are looking through a different lens. That’s the hard part to swallow because the only lens that I have surmised that they are looking through is the gender lens because on all other accounts, Jason and I, we contribute very similarly, very comparably to the network. We both started within the same year and we have both come up, there’s a reason why he calls me his TV wife. We were side by side for so many years. The network’s justification of the gross disparity is highly unfortunate and wrong. It’s…it’s wrong.”

Sadler’s decision to leave was out of respect for herself and for her family. She said she loved her job, but making her final decision concrete felt good because she knew she was doing the right thing for herself.

The response from the public was unlike anything Sadler could have ever imagined. She says as an advocate for women, she has heard of stories of the wage gap and was aware of its’ reality. “Women in the United States make 80 cents to every dollar that a man makes, and I know that it’s even worse for minorities,” she said, adding that the TV industry differs from most jobs with many different variables on the table though.

Sadler says she hadn’t planned “on this crusade to be this voice for gender inequality.” She was just sharing her story, and in response, she had gotten hundreds of messages of support, which, she notes, affirms that this is a problem for so many women all over.

“I’ve heard their pain that its’ causing them, knowing that they get up, roll their sleeves up every day, and go to work. Then they look over at someone who is equally qualified, doesn’t have more experience, doesn’t have more education, and is making so much more than them, so this is a chronic problem,” Sadler said. After hearing numerous stories, Sadler says she is happy to use her voice to push companies onto a better path.

Reflecting on this experience in a positive light, Sadler describes how it is having the support of some of her favorites artists and activists. She said, “The fact that they have identified my story as an important one, I’m humbled, I’m grateful, and I’m inspired once again.” The ones supporting her now were once, and still are, the ones that Sadler has looked up to and the ones from whom she has gained her confidence and courage. She said that the more women who ban together, the more progress will be made. Sadler hopes her story and actions inspire others.

Since we spoke with Sadler, she said her plans were to be on the main stage at the L.A. Women’s March with Scarlett Johansson, Kerry Washington, and Olivia Munn, which was on January 20th. Her goal for that day was to continue the talk. “I think it’s important to just use my voice and use my energy in a public way to continue to make noise about the injustices.” She also said there may be projects in the works for audiences. She has spoken with a friend, who is a director and producer, about making content that not only creates conversation about things such as the #MeToo movement, but makes change happen.

“I think it’s important to just use my voice and use my energy in a public way to continue to make noise about the injustices.”

With some big things coming in the near future, Sadler hopes women right now know that, referencing The Wizard of Oz, “‘You’ve always had the power.’ I just want all women to know their worth. I want them to know their value, and I want them to be able to have the courage to act on it.” Sadler says awareness is key and it’s important to ask questions. “The responsibility is on all of us.”

Special thanks to Catt for letting us speak with her! To stay up to date on her, you can find her social medias below.