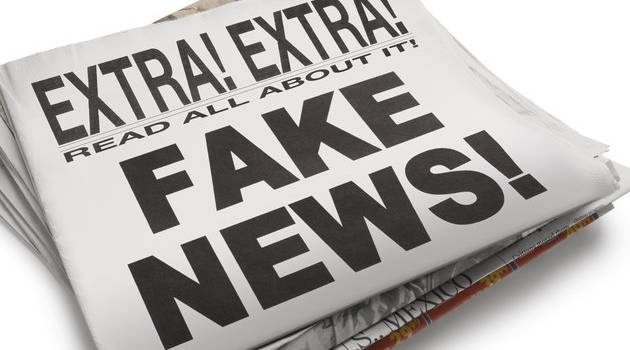 A story about fake news

Have you ever played a game of telephone? If you have, you have probably noticed that the original word or phrase is rarely the same as it started. There is always that one kid who will deliberately change it, or one who will mishear it and will not ensure the accuracy of what they think they heard. This game is similar to the current issue we as a country are encountering: fake news.

According to the Cambridge Dictionary, fake news is, “False stories that appear to be news, spread on the internet or using other media, usually created to influence political views or as a joke.” The term “fake news” started to become a common household phrase during the 2016 election. While it did not originate in 2016, the term was widely heard of because of the allegations of it during the campaign process. During the election, fake news seemed to originate in a town in Macedonia called Veles, according to BBC News. There was a lot of fake news articles that were being posted to Facebook and other social media sites, the vast majority originating from there.

The main problem according to BBC News is that social media sites and search engines are struggling to debunk all of the fake news at the rate that it is appearing. Although both Google and Facebook have tried automated solutions, they are finding that the safeguards they put in place are not catching all of the fake news. Both sites intend to hire a group of people to personally go through every suspicious article to make sure that the majority of the fake news is being exposed as such or taken down.

Why is fake news such a topic of interest lately, though? Well, there are several reasons. Vanity Fair Magazine has dissected the psychological reasons why people write and read fake news. The simple reason why people write fake news, for the most part, is for the money they can receive by doing so. In rare cases, as pointed out by CBS News, the person who writes the “news” actually believes what they are writing.

The main reason why fake news is so popular with the readers are the bots that the writers use to boost the viewership of their articles. According to CBS News, there is a kind of Russian technology that fake news writers use that allows them to create a faux set of followers. This makes it seem as if they legitimately received attention on their article from a thousand times more people than have actually viewed the article. This allows it to come onto Facebook’s popular page, and to show up more easily no matter the site, giving more people the chance to see their article. CBS News also pointed out that people often read what they want to believe, which fake news provides.

The reason why fake news is such a problem is because it is important to be properly informed for all of the future and current voters. In a poll given by Just Facts about important political issues, the majority of the responses held an accuracy rate of five out of twenty-three questions correct. If this is any reflection of the effect that fake news can have on the average voter’s mind, then it shows that fake news is allowing the voter to remain uninformed or improperly informed. Given the fact that the record of the results of the poll were timed for a year after the election took place, there is a good chance that this poll is a reflection of the voter base during the election. If a voter does not know the truth about current issues, then they will either vote for someone who does not accurately reflect their views, or they will not vote at all. Either way, that is one vote that is not going toward a candidate that will accurately represent what the United States of America wants in a leader.

Fact Check suggests methods to identify fake news sites. The first tip they give is to always be wary of viral stories. Another common indicator is in the website’s description and the author’s bio. If there is inaccurate or too little information in the bio or the description, then it is likely a fake website. In addition, another easy sign is if there are sources that are inaccurately quoted or if they are linked to something which has nothing to do with the subject matter. The only other easy giveaway is if the dates referenced in the article do not match up with actual events. To make things easier, Snopes.com made a list of confirmed fake news websites.

Fake news, though timeless, has become more of a problem as of recently. Fake news is appealing to the writer because they can earn a large sum of money from drawing attention to these articles. It can interest the reader through bots that allow it to show on popular pages or for sites to spotlight said articles. Fake news is a problem because it leads to an uninformed America, and therefore, an unfairly represented country. The epidemic of fake news is only rising, despite the best efforts of the media. The truth of the matter is, the only way to end fake news is to stop reading and spreading it.