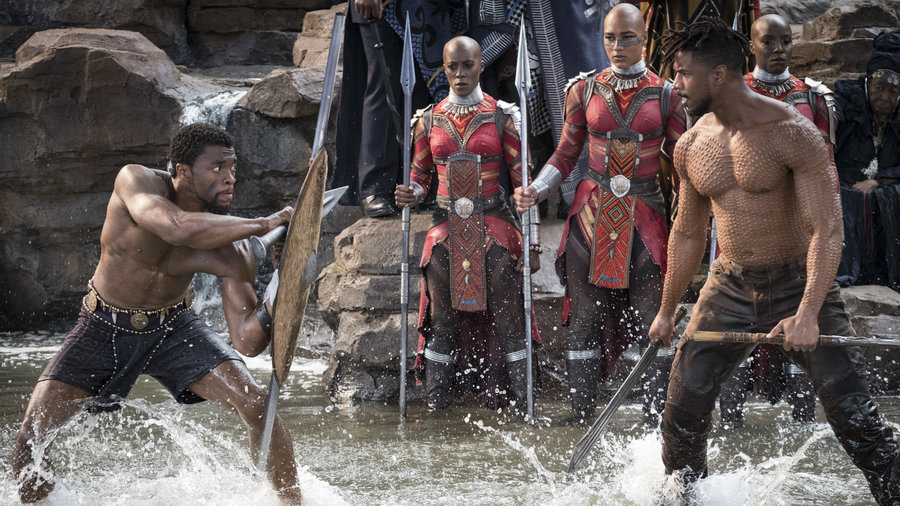 Black Panther and the Social Issues

On Friday February 16, 2018, the Disney’s Marvel movie, Black Panther, premiered in theaters across the United States. Breaking the ticket presale record, people excitedly went to see the movie to learn about the superhero’s background story before he is seen again in Marvel’s Infinity War.

The Black Panther character was first introduced in the 52nd issue of the Fantastic Four comic in 1961. The first Black Panther comic book was issued in 1998. The Black Panther, or otherwise known as T’Challa, is the king of Wakanda, an Avenger, and a warrior.

Wakanda, a country located in Africa, is known as a struggling third-world country to the rest of the world. However, the inhabitants of Wakanda do not face any hardships because of a special metal called vibranium and advanced technology that allows them to thrive.

The comic book Black Panther is associated with a radical group from the 1960’s, the Black Panthers, who worked to crush discrimination against race and push for equality. Just like Captain America and Wonder Woman, Black Panther was created with the purpose of educating the youth.

The movie holds a message of black empowerment which explains why it was released during Black History Month. With the Black Lives Matter movement still active, the movie silently spoke out about how they appear weak because they want to, not because they are.

Along with excitement for the new Marvel movie came some speculation. The movie itself asks the viewers many questions and to reflect on history. T’Challa’s little sister, Shuri, who is the brains behind most of the technology, refers to Americans as “Colonizers.” The movie also has many modern references that are mentioned throughout the film like when Shuri references the Vine, “What are those,” and the non-lace Nike shoes from Back to The Future Part 2.

Filled with many details, you may have to go see it more than once to catch it all. In the movie, there is diversity of African tribes shown throughout, such as different colors representing their tribe. The Priest tribe wears robes the color of royal purple. They are typically herbalists and botanists. The River tribe wears lip plates and the color blue. In the Ndebele tribe, women would wear golden neck rings and are the warriors of Wakanda in the movie. Because of actor John Kani, the language Xhosa, originated from South Africa, is spoken throughout the movie.

Although the movie may not be as realistic as you may hope with its killer action, neat technology, and battle rhinos, it is still dominating ticket sales. Black Panther has passed Beauty and The Beast in sales making $909.9 million whereas Beauty and The Beast made $506.4 million.

The Black Panther is not only an entertaining superhero movie, but it’s also filled with meaningful messages that highlights past and current social issues.