School isn’t always enjoyable. It is stressful, grueling, and sometimes boring; but it is very important. The grades that you make today can determine the colleges you can get into, which determines what kind of jobs you are qualified for, which can then determine the kind of life that you live. But what happens when something that you can’t help gets in the way of your schooling? Senior Marissa Corps knows this situation first hand but is determined not to let her problems get in the way of her bright future. 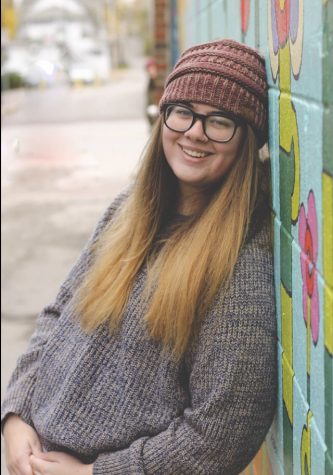 For Marissa, reading was a struggle from the start. She got held back in the second grade for reading slower than all of the rest of the students and eventually got diagnosed with dyslexia. Corps explained that at first, the hardest part of having a learning disability was the judgment. She said that even when she wasn’t being judged, she constantly felt like she was being ridiculed for not progressing as fast as everyone else. That, in itself, was another problem. Even though she did not learn as fast as everyone else, she still wanted to keep up and didn’t like being behind. Corps said, “I liked being involved with everything, and it was hard to be slower than everyone else.”

From second grade on, school was a struggle. She struggled to stay focused and on track because she didn’t want to go to school in the first place. She said she always felt like she wasn’t good enough in school, so she took that as a sign to not try. She gave up entirely for the rest of elementary school, but middle school was a new start for her. Starting fresh, she would sit for hours and hours and force herself to read a book. She didn’t care how long it took her, as long as she was practicing and getting better because eventually, she taught herself strategies that would help her overcome her problems. She worked extra hard in writing and spelling her vocabulary words out and writing them repeatedly, even when not assigned. She eventually learned tricks for when writing her B’s and D’s, which she would commonly reverse, and learned to edit and proofread. She says that she put in a lot of time and effort and that she wanted to succeed, so she did.

Corps said that her secret to succeeding is a strong support system. “Most of my friends were in academic classes. I saw how they put so much time and effort in, and it made me put a pep in my step to try to be just like them. I still appreciate how they stepped in when I needed help on homework or when I needed motivation.” She says that is how she has made it to where she is now.

According to Corps, dyslexia has helped her learn the valuable skill of time management. It taught her that if she can take it slow and breathe through it, that it will all be fine. It also strengthened her editing and proofreading skills and she is acting on that in her future plans. She is planning on attending the Savannah College of Art and Design (SCAD) to be a film editor. Corps condition is out of her control, but because of her determination and work ethic, her future is not.