The Quiverfull Movement : The Scary Truth 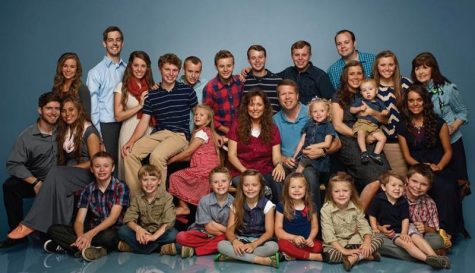 Imagine a world where your home and your church are all you know. You have very little interaction, if any, with the outside world. You are not allowed to know much about it either. You are only taught what your parents, or rather your father, wants you to know. The room is always crowded due to the amount of brothers and sisters you have. You are told constantly that the only purpose you serve is to produce children and to respect the man of the house, no matter what. This is a day in the life for a teenage girl whose family believes in the Quiverfull Movement.

According to No Longer Quivering, the Quiverfull Movement is a fairly recent one in the Protestant faith. Starting in 1985 with the novel The Way Home: Beyond Feminism, Back to Reality by Mary Pride, it is largely unknown. The quiverfull movement is a very strict, word-for-word following of the old testament of The Bible. The name “quiverfull” comes from a verse in The Bible that states, “Children are a heritage from the Lord, offspring a reward from him. Like arrows in the hands of a warrior are children born in one’s youth. Blessed is the man whose quiver is full of them. They will not be put to shame when they contend with their opponents in court,” (Psalm 127). The main idea of the Quiverfull Movement is to have as many children as possible in order to create an army for God. One of the first churches to take up the ideals from the movement was the Vision Forum Ministries.

Vision Forum Ministries, among many other churches, practice the ideologies of the Quiverfull Movement. One of the most important aspects of growing their family is that the participants in this movement do not believe in birth control. In their eyes, God will bless them with the children that they are able to handle. They also do not believe in helping their odds at all in regards to getting pregnant. The females will not attempt to get pregnant when she is most fertile. However, in the movement, if the woman is unable to get pregnant she is deemed sinful and that is why God is not blessing her with a child or more children. They also expect that the women in the movement continue to have kids, even if it could be detrimental to her health.

Followers of the movement have different beliefs about roles in the household as well. In the old testament, there is patriarchal promotion, and this movement follows suit with that. The men in the house make the rules and are not allowed to be disobeyed, even if something is considered immoral. One of these rules is that the man of the house gets to decide who all of the children marry by talking with the father of the potential spouse. In this situation, both gendered children have to abide by their father, but they do have some say in who their father attempts to engage them to. Often in these cases, both parties have their first kiss on the altar because they are never alone on dates until they are married. The men are also the only ones in the household who are allowed to work, which means that there are a lot of children with only one income. This causes a lot of quiverfull families to live in poverty.

One of the other lesser known beliefs of the movement has to do with involvement in society. This belief has little root in the Old Testament, or in The Bible at all. The foundation of this is based on their fear that society will corrupt them. Due to this, it is a very common practice for this branch of the Protestant faith to homeschool their kids. Also, they go to the extreme to not be affiliated with the government at all. They will not use health insurance and will avoid working in a government building if they can. As part of their detachment from society, the only socialization they have is with other members of their church congregation or people who believe as they do.

One of the biggest scandals tied to the Quiverfull Movement has to do with Josh Duggar. The Duggar family is well-known for their TLC show 19 Kids and Counting, their lifestyle mimicking that of a quiverfull family. Josh Duggar allegedly molested five young girls, a few of which were his sisters. He did this while the girls were staying at the Duggar’s. The sisters were forced to forgive their brother because he was a man of the house, according to Gawker.com. The article also noted how he was not fully apprehended for his actions. He was reprimanded by his family and a police officer, and was later arrested for pornography charges.

Possibly the most well-known quiverfull story is of couple Rusty and Andrea Yates. Andrea Yates was a mother of four when her doctor strongly suggested that she not have another child, seeing as she had struggled with postpartum depression in the past and had been diagnosed as bipolar. Due to her family’s belief system, she had been told that she was supposed to keep having children even if it put her at risk. She had her fifth child and was shortly afterward diagnosed with psychosis.

“There was no question she was psychotic, not depressed, but absolutely psychotic,” (Parnham). According to CNN, she thought that due to her depression and inattentiveness, her children were condemned to Hell, which she believes the Devil had told her. Her thoughts were influenced by her interpretation of a verse in The Bible that talks about an “age of accountability.” To save her children from being doomed to Hell, on June 20, 2001, Yates drowned all five of her children in a bathtub. She later called 911 and requested an ambulance. The jury convicted her because of this, stating that she knew the difference between right and wrong and therefore could not be considered insane.

The Quiverfull Movement requires that one would have little connection to society, a lot of children, and agree with the father figure in the household. Due to some of the strict and unorthodox rules, from this movement comes quite a few people who stray from what is considered normal.