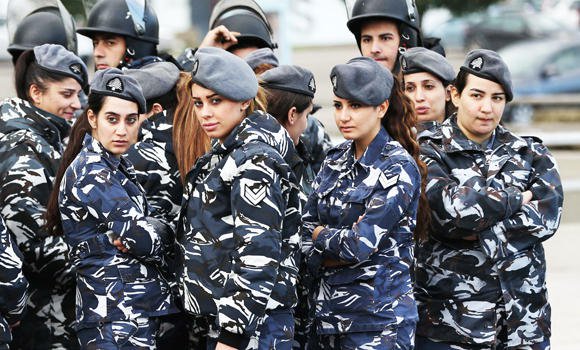 In 1990, your military became an active option for you. While your men fought battle after battle, war after war, you had to sit home during each of these and wait. Some jobs opened in due time, like working as a Marine or as part of the Air Force, but the military overall remained closed off until the 90s began in a bright and pop-and-grunge filled blur. After finally earning your acceptance into the military, you had many other hurdles to jump. You had to fight for respect from your male counterparts, you had to battle the government for the right to be more than just another Private, and you had to do this all while overcoming the stereotypes of the times, most notably, that you needed to stay home to care for the kids and the house.

While the American military is far from an even playing field between the two sexes, it has grown closer in previous years than ever before. In January of 2017, the first woman ever joined the elite 75th Ranger Regiment, an esteemed Special Operation Forces program. This marked the accomplishment of yet another milestone in America’s effort for equality on the battlefield. It took 214 years between the birth of America as a nation, in 1776, and the official opening of the military to American women in the 1990s. It took another 27 years after this for the first woman to be accepted into this Regiment. In total, that’s 241 years in order for women to reach the level they are currently in with American military.

Recently, we, Saudi Arabia, have opened our military up to women for the first time. Already, one woman has been promoted to a top post in the Labor Ministry of Saudi Arabia. Saudi Arabian women can currently only take combat-free roles in the military, within the provinces of Riyadh, Mecca, Medina, and al-Qassim, and in order for them to take a militia rank, they must follow a list of 12 requirements. Some of these requirements include being between the ages of 25 and 35, having a high school diploma, be citizens of Saudi Arabia, and, most importantly, their male guardian must own residency within the providence they wish to work.

Women’s allowance into our military is just another one of King Salman’s many steps towards increasing women’s rights in the country. We have also been given the right to drive and the right to attend soccer games within the past two years. Saudi Arabia is taking major strides towards improving their nation as a whole.

So, America, you set the precedent for us. You allowed us to have the military that we do by setting the example twenty-seven years ago. We just raised a woman to one of the highest ranks possible in the military, and you just allowed women to engage in combat. I am grateful for the changes we have made to better our country and I hope that your military and you, our American women, can appreciate and grow from this letter.