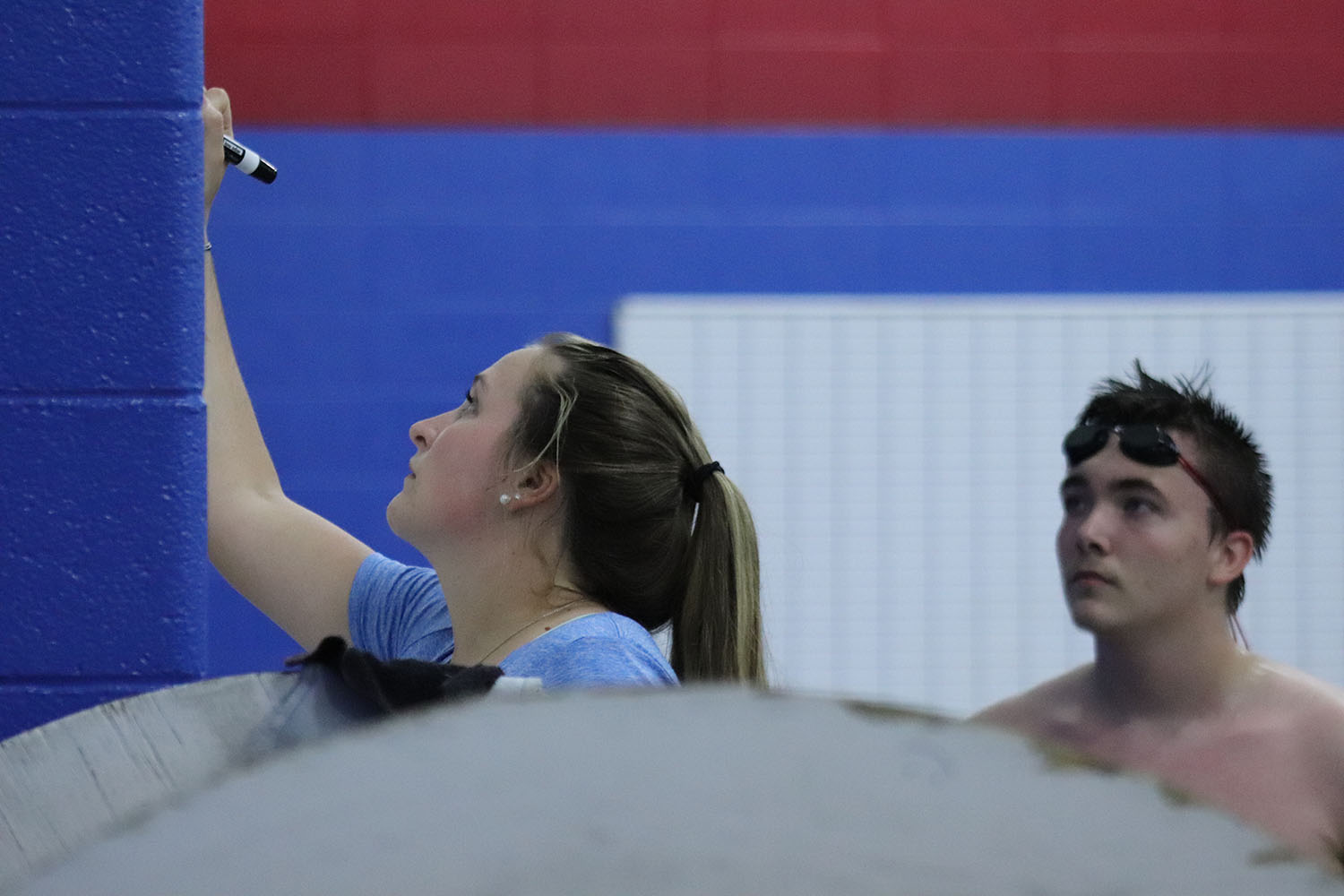 Change happens every year; this year the Martinsville Athletic Department took a big hit. Losing nearly all of our women’s athletic team coaches just last year has resulted in new coaching staffs this season. Finding the right coach may be hard, but administrators at Martinsville High School have tried to find the best leader for each program. This year, several girls sports including volleyball, soccer, basketball, swimming, and softball received new coaches, as well as boys swimming. Our teams will not only consist of new athletes, but also new leaders on the sidelines.

Kayla Back, one of our latest additions at Martinsville High School, brings a new kind of enthusiasm and energy to the girls volleyball team. She was hired at the end of the 2017-2018 school year. Her “…dream was to always be a coach at a small town high school that the town rallies around,” Back said.

Here at Martinsville High School, her dream has come true. Just walking down the hallways gives her flashbacks to when she was a player herself, playing for her high school, Woodland in Woodburn, Indiana. She came in with an open mind, fresh eyes, and excitement to the Martinsville Artesian ways. Her goals for this year are team to have at least a .500 average, be in the sectional championship, and to out score teams that we have not won against in a while. She also has one specific goal: beat Franklin..

Aside from her goals and expectations, Coach Back is also stepping onto the court with ideas on how to improve the team’s game strategy, defense, and having a winning mindset. Although coach Back has things to work on, she is ready to see where the team goes.

Athletic Director, Mr. Kip Staggs, is also excited about the upcoming seasons. He said, “We are in the midst of one of the biggest athletic coaching and personnel changes in school history.” He wants to see these new coaches succeed and to become part of the Martinsville Athletics family.

Staggs was the final decision maker when it came to interviews of the new coaches. He says he looked for “…the coach who was student oriented, who had the best interest of the students at heart.” He wants to see growth in youth programs and he wants each coach to “…have a K-12 perspective,” Staggs adds.

All of these new coaches have something unique to offer. Some are wanting to work hard on youth programs whereas some already have that in place. The bottom line is that in the eyes of the administrators, these coaches are going to meet and exceed all expectations. Staggs said“There will always be criticism,” when it comes to the public. His hope with these new coaches is that we will see new faces on the field, court, or in the pool. Staggs knows that all of these coaches will be able to help make differences in students lives. Not only as athletes, but also as people.

Although change is hard, it is also beneficial and helps us move forward. The changes were sudden and numerous resulting in a lot of turnover. As Artisans, we must support the change that will benefit our programs, most notably, the hiring of several new coaches. Going forward, the goal is for Martinsville athletics to be competitive in all sports. New coaching staffs will give Martinsville athletics a new look as they are eager and excited for their seasons to start. Student pride and support will carry these coaches further. After all, we will all walk away from high school as Artesians; that is something we all have in common.