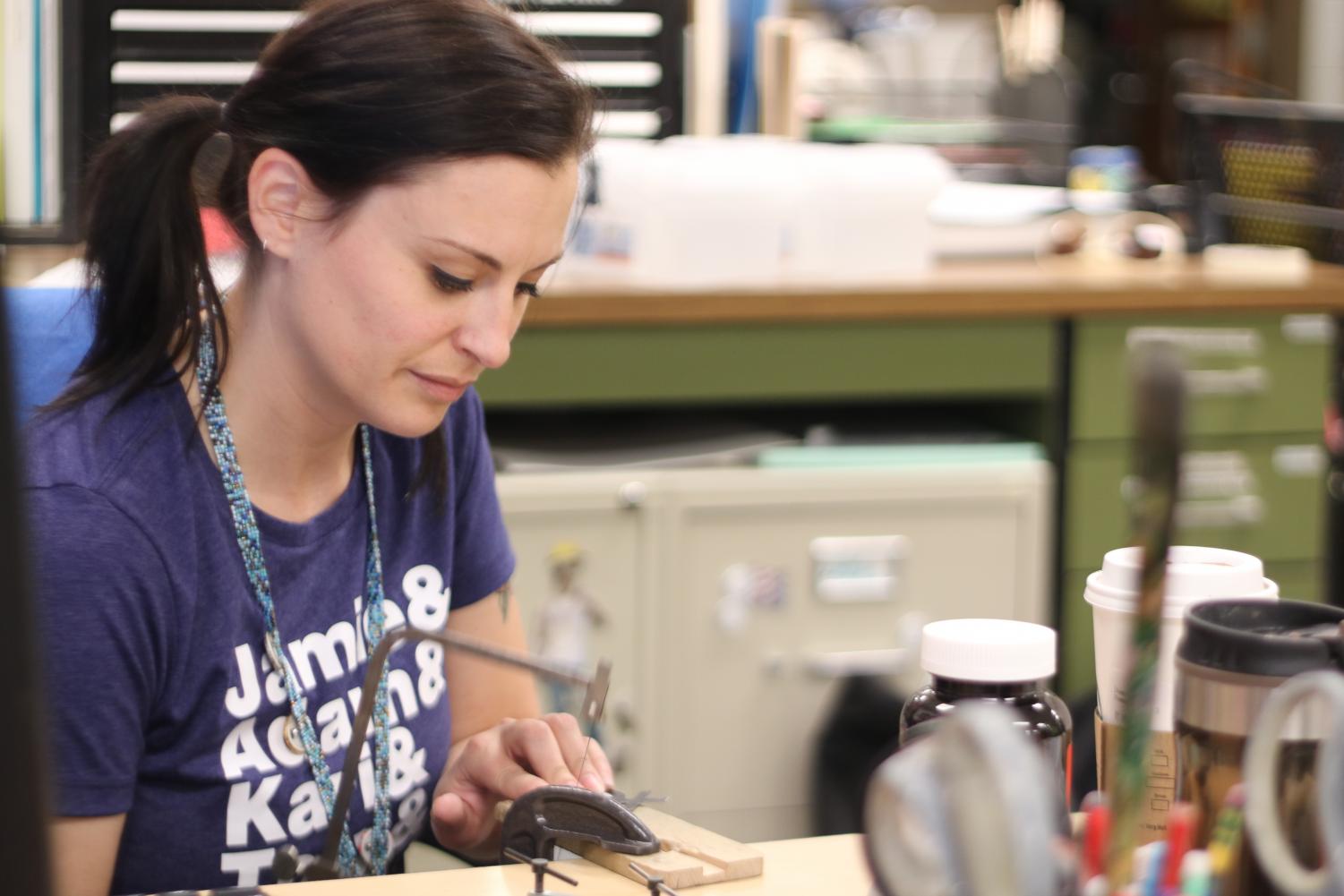 At Martinsville High School, there is a large array of classes. From Creative Writing to Agriculture, there is a class for every kid, no matter their interest. So, it’s no surprise that we have a Jewelry class. Taught by the interesting Ms. Murray, a woman with bats above her desk and art everywhere you look, the class seems to be very fun and exciting, or so I’ve heard. But, opinions aside, what is the class really like? I went to Ms. Murray to find out.

Murray is an art teacher who has been at Martinsville High School for ten years and has always been interested in making jewelry. In fact, she has been making her own jewelry for almost thirty years.

“I remember being very little, like maybe even before I went to kindergarten, but an aunt got me these pot beads and later on it was Hot Loops,” Murray said. “Then I got older and it was bead weaving and friendship bracelets.”

Murray said that some of the tools they use are a blow torch, filing tools, and acid. These tools are needed seeing that the class creates mostly metal pieces of jewelry. Murray would not recommend the class if you get frustrated by detailed work. Sometimes this class can be tedious.

Overall, Murray fully enjoys teaching the class and highly recommends it, despite the sometimes boring or frustrating work. “They are learning skills they never thought they would ever learn,” Murray said, “which adds this extra level of realizing what they are capable of.”

Murray even encourages men to take this course, as it’s just like any other art course. “There’s a lot of girls in that class because it’s called jewelry, but given the skills we learn, I think that if it weren’t called that, I feel like guys would be more interested in taking it, and I wish they would because I think they would enjoy it too,” Murray said. So, if you are interested in making things, even if it’s jewelry, go for the Jewelry class.