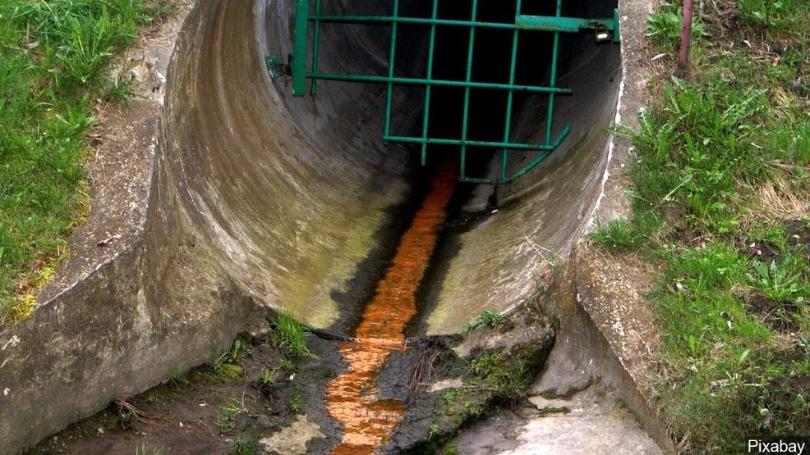 It’s a normal day, spending the time outside with friends and family. The day is good, an enjoyably lazy afternoon. However, as you and your family are walking the roads next to what is normally a peaceful river, you’re hit by an awful smell. This is a reality for you right now, a regular and expected occurrence in your life, one that will remain until St. Marys River is fully cleaned up from the previous spill.

In Decatur, Indiana, the St. Marys River has been polluted with over 8,000 gallons of jet fuel. The spill occurred after a Buckeye Pipe Line Co. L.P., burst. The leak was discovered on September 7th, at 5:17pm. The burst pipe is located near Monmouth Road. Clean up for the leak began immediately following its discovery. There have been no fires, and no one has been hurt, but the water quality is still being monitored at several locations across the river. The U.S. Environmental Protection Agency, or EPA, who is monitoring the water, is also monitoring the air near the river.

In attempt to contain the fuel, booms were set up within the river and several roads were shut down. The river was boomed at W 900 N in Adams County. With booms containing the spill, contractors are being called in to clean up the fuel in the river. A safety warning was issued the night of the spill from the Decatur Police Department warning against use of the area. Flames around the contaminated river are forbidden. By September 10th, 195 barrels of jet fuel had been recovered. However, a branch of the Buckeye company released in a news statement, “the significant majority of the released product has been physically collected, dispersed or evaporated.” Buckeye, along with the EPA, Decatur emergency management, Adams County, and Indiana Department of Environmental Management are working together to contain the spill and protect the environment from further damage.

The leak was discovered after one of Buckeye Pipe Line’s workers noticed a pressure drop and investigated it. Upon finding the leak, they shut the pipe down and clean up for the river began. The pipe will remain shut down until further notice. Current weather has delayed repairs to the pipe, keeping it closed. No cause for the pipe’s failure has been reported.