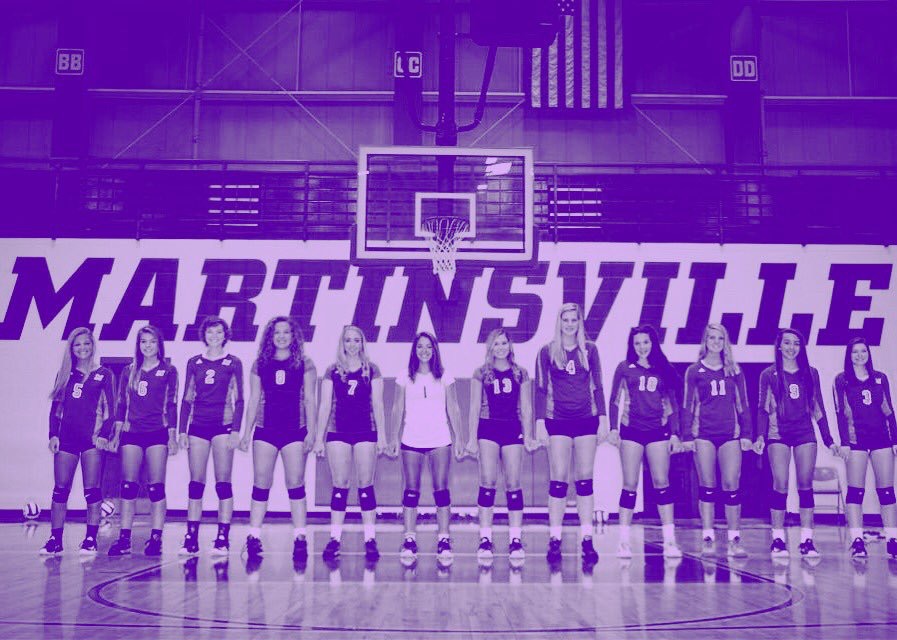 Martinsville Volleyball with a purple filter signifying the awareness color for Hodgkin’s Lymphoma.

Bridget Balcerak, a junior at Martinsville High School, has been battling Hodgkin’s Lymphoma for approximately the past year and a half, and she recently relapsed. Upon catching wind of this, her volleyball coach reached out to Balcerak’s parents.

Balcerak spoke of what it had been like to have the volleyball team there for her during the entire cancer process. She said, “I think it changing things dramatically. I don’t think I would be in the same mental state if I weren’t. Having such a supportive team and coaches makes all the difference.”

She later mentions that, “Everyone has been so supportive. Not only the teammates, but the coaches. They are understanding and always there to make jokes with me and put me in a great mood all the time, and I really couldn’t ask for a better team.”

Regarding her recent re-diagnosis, Balcerak speaks about her coach. “Her being the most personable person I knew, she was very easy to talk to and she let me text her random things while I was bored in the hospital. She has been very understanding and considerate from the beginning, so I knew I would be able to let her know without receiving a follow up of a bunch of stressful questions” Balcerak said.

When talking about her plight, her coach was not the only one she turned to for comfort. She said, “[Sophia Finney] was the one who Facetimed me for hours on end in the hospital, keeping me distracted and making me laugh. I just felt like she would be the perfect first person [to tell].”

This fundraising game has not been the only thing that has happened in Balcerak’s life due to this development. Balcerak mentioned that, “School has been very stressful. My teachers adjust my assignments, but I still don’t have a whole lot of time to do them. If I do, I get distracted from them more easily and I get headaches and nausea when I think about things too hard. I do my work and study as much as I can, but it is still difficult to keep up.”

For Balcerak, life has had its ups and downs. Thankfully, she has a strong support group between her family, her team, her coach, and her friends. Her plight has not come without its consequences though. She speaks about how school is more difficult with her diagnosis, and the situation itself is hard. Given all that she is going through, the volleyball team did their part to try and help, because truly every bit of help counts.