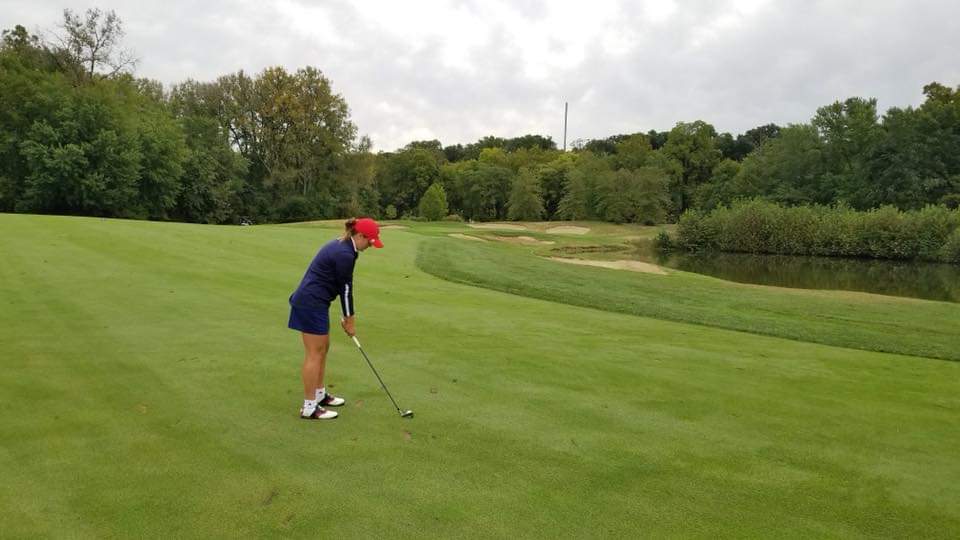 Putting her way to IHSAA Golf State Finals, Martinsville High School senior Emmah Keller stood out from the rest at State Finals. Being the only member from Martinsville, Keller may have seemed intimidated by teams that advanced, but that is far from the truth. Keller confidently competed at state and overall placed 60 out of 100 members.

“I was overwhelmed. On one hand, I was super excited to finally have made it. My hard work finally paid off. On the other hand, I was so sad because my teammates wouldn’t get to play with me,” said Keller.

Although being alone at State, Keller had the support of many friends and family, even the community was there giving their support. “My nerves were there, like always, but I knew I had to enjoy every moment because it would fly by,” said Keller.

IHSAA State Finals is a two-day competition that high schoolers across Indiana have to miss school for. Members who advance to State Finals spend almost every day practicing their skills and working to improve in every aspect. The first day was stressful, but on the second day, Keller shot an 84 to make up for it.

Every Artesian was proud of Keller and her many accomplishments. Being Keller’s last moments out there on the course, she put her heart and soul into the two-day competition and it will always be remembered.