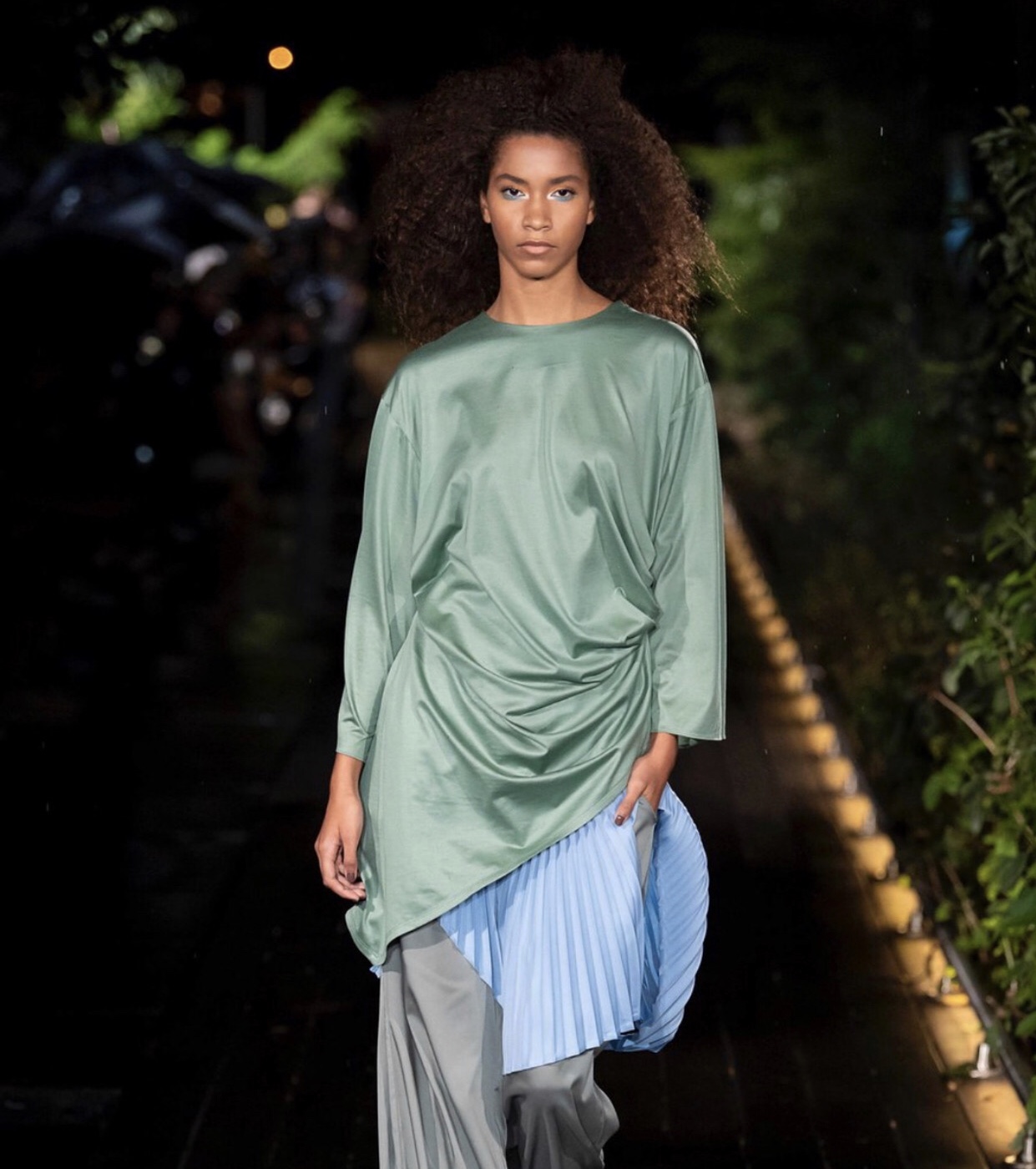 From Small Town to the Runway

There is a perception that coming from a small town can be a detriment to your future. However, a former student from Martinsville High School, Aviana McClish, proved that to be wrong. During the 2018 New York Fashion Week, Aviana walked for Vogue while wearing Pyer Moss. This was one of the biggest moments in her career. It was a time for her to prove herself.

Getting into modeling, though, took some time, especially coming from a small state like Indiana where there is not much opportunity. Aviana told her mom during her sophomore year that she wanted to do runway modeling. She knew she wanted to do this after doing a catalog for dance when she was younger. After some time of her mom searching around Facebook, she found open auditions. From there she auditioned and got in, meeting her runway coach in the process. This was just the beginning.

Once she got more into modeling, Aviana had to form a routine that has stuck with her. She gets up every day and checks her email for any castings. This is important to do every day if anyone wants to be successful as a model. She also tries to work out every day before work. It is important for her to take care of her health and it also can help energize her before going into work or a casting for the day. After she goes into work, she finally eats. Aviana said that it’s hard to remember to do everyday things after working and just all around being busy.

Alongside struggling to remember to do basic everyday things like eating, Aviana admits one of her biggest struggles has been her body image. She said, “This industry is ruthless.” It’s not that she doesn’t love her job, it’s just very demanding. The modeling industry is built on looks. Everything and everyone has to be aesthetically pleasing to the eye so that consumers will be more drawn into that product. While in New York, she said she had lost about ten pounds without even really noticing. She added that the industry still cares about your measurements no matter what body positivity movements are going on. These companies do say that they want their models to be healthy, though. It’s just very difficult for models to remember this after having immense pressure on their shoulders.

No matter the struggles, Aviana has managed to stay positive. She continues to work hard, which has earned her many opportunities. There are a lot of things that she is not allowed to talk about, but something she was very excited about was a car insurance commercial she did while in Cape Town, South Africa. She and her friends were able to see Aviana on T.V. Not only that, she has been able to travel recently. She hopes to get to go to Paris for the next season of fashion week, too. Aviana mentioned how through modeling she has met some really talented artists and designers. One of the most well-known artists was actually Shawn Mendes. She also mentioned that in order to have opportunities, models have to create connections with others. In order to survive in the industry, it is extremely important to meet new people.

Possibly the biggest moment in her career thus far was New York Fashion Week (NYFW). The first step for this was going to a casting for Pyer Moss, a “fashion label concerned with building a narrative that speaks about heritage and activism.” She found out about two or three days before NYFW started that she was confirmed to walk for Pyer Moss. Then she had a few photoshoots before starting the show. Aviana said she did not expect to participate in something so big when her career is so young. She is very, very thankful to have an opportunity that big.

Another thing that made her ecstatic was the fact that Vogue was representing her as well. The whole experience was incredible for her and on top of that, she was able to walk in front of a lot of influencers. She said she feels like she’s really headed in the right direction for her career.

Aviana said that her next goal is to be signed in London and Germany. She also hopes to walk in London, Paris, and Milan Fashion Week. There are numerous things she’s dreamed of doing – things that are some of her top goals above all else. One day she hopes to become a Chanel girl next to other famous models like Bella Hadid. She has hopes to someday walk in the Victoria’s Secret Fashion Show. Basically, she wants to build an “empire” for herself. She wants people to know her when they see her face. She added that she gets a lot of inspiration from other models who’ve been able to do this.

There are tons of people around the world who want to be a model but are too scared to pursue this dream. Aviana said that if you want to be a model, you should start looking at agencies, go to open calls, and make sure that whatever agency you sign with is right for you. A website she recommends is models.com. It will help find agencies and open auditions, but you should still do a lot of this yourself or have your agent do it. However, you have to have thick skin in this industry and make sure to love yourself. No matter what, if this is really your dream, do it. Go all in and don’t turn back.

2 Responses to “From Small Town to the Runway”