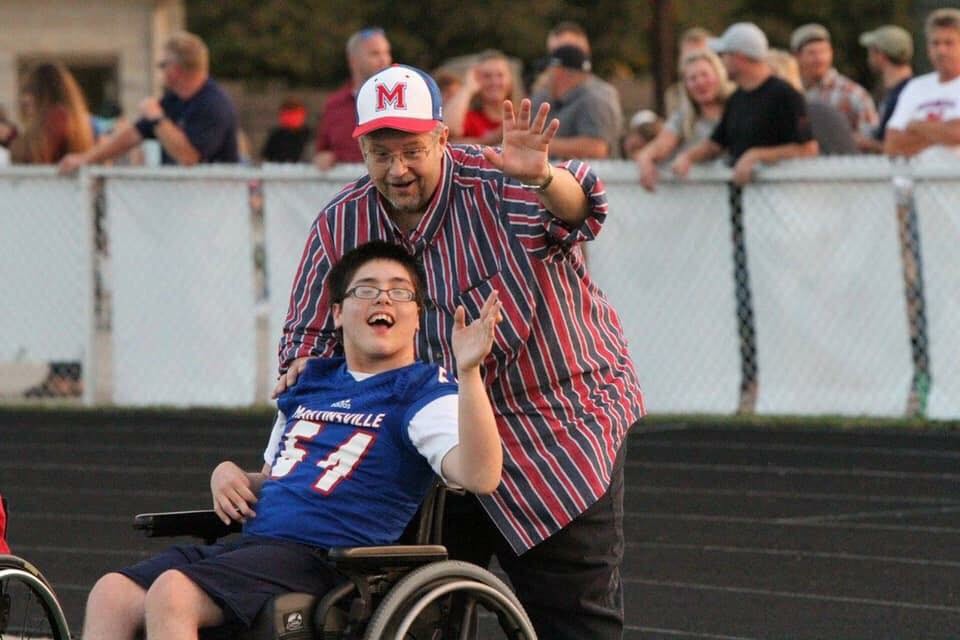 “Charismatic, well-mannered, and compassionate” were the first three words that came to mind when Mrs. Dawn Jones was asked to describe her late coworker, Mr. Randy Hawkins.

Mr. Hawkins passed away on October 23, 2018, forever leaving a void at Martinsville High School and in the lives of the students, athletes, educators, and all with whom he came in contact.

Those who knew Mr. Hawkins remember him as a man who always wore a smile, was patient, understanding, and inclusive of all people. Seeing him around the hallways with a beaming grin plastered across his face made him comparable to a “bright spot,” spreading joy to everyone he passed.

Hawkins had battled cancer for quite some time, but he never allowed his illness to dishearten him. Mrs. Jones recalled that, “if [he] had a bad day, [she] never knew.”

In and out of the classroom, he always strived to do everything he could to lend a helping hand, specifically to MHS student Jordan Knapp. Hawkins was a member of the Special Education program, in which Jordan was a part of.

When Jordan graduated from Wooden Middle School, he no longer had an aid to help him with his day to day needs. Mr. Hawkins, however, was eager to step up and assist in whatever way he could; that included wheeling Jordan – a football manager – around on the field during home games.

In many ways, losing Mr. Hawkins felt like losing a family member. Since the Special Education department is more or less detached from the rest of the school, his recent passing has affected the students in a much deeper way.

Mr. Hawkins played such an important role in their lives. He was not only their mentor but a father figure in certain aspects. Whenever one of his students was having a bad day, he would find a way to lift their spirits.

Once the news of his passing spread, people throughout the community reached out to his close family and friends, recollecting their good memories. Comments have been made on his Facebook page, Twitter, and other social media platforms. Previous students have written their sentiments, such as Facebook user Raylee Gray who wrote, “This man has changed so many people’s lives, including mine.”

One Response to “Leaving a Legacy”