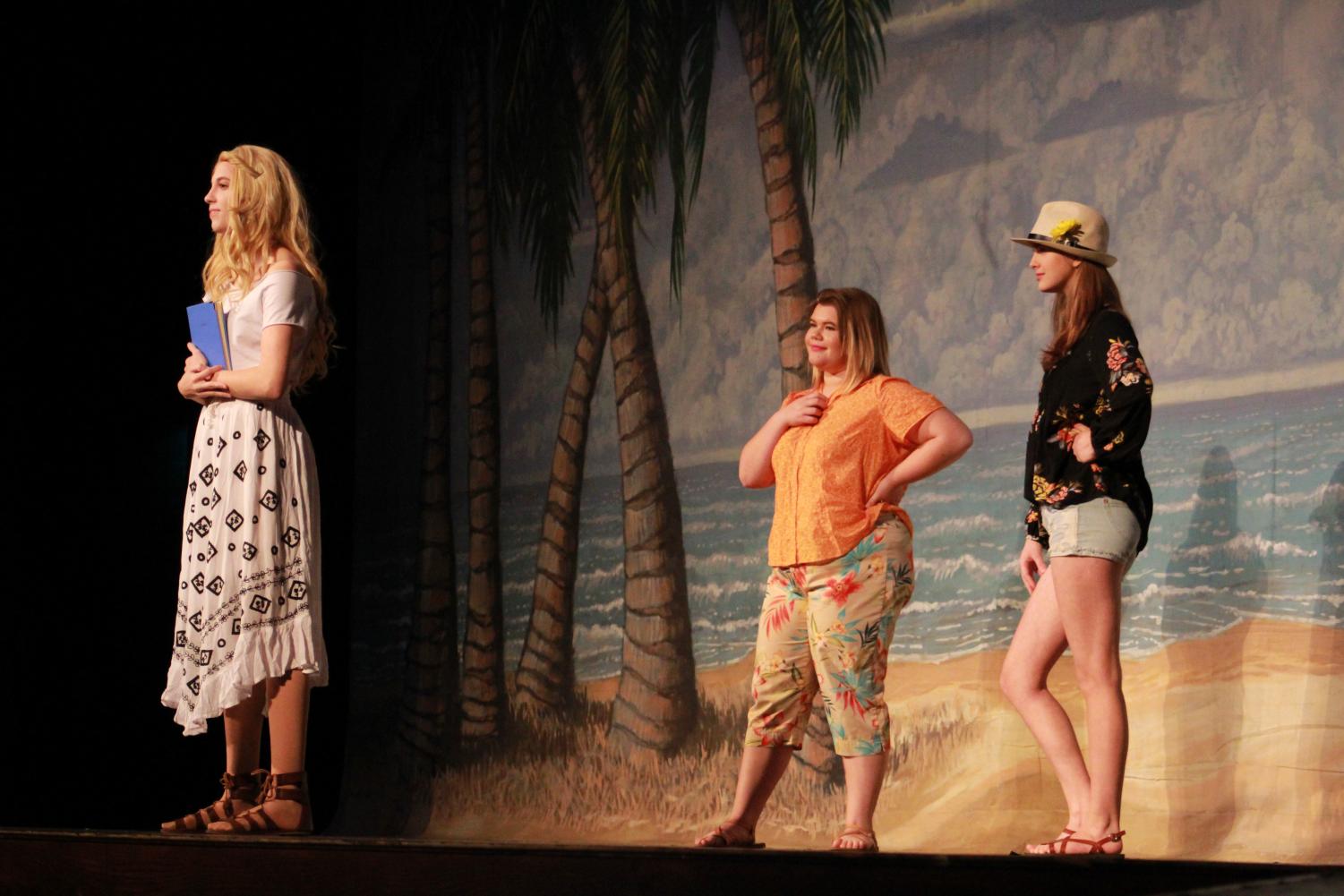 Almost every seat filled with peers, loved ones, and fans of Mamma Mia, it was a full house. On Friday November 16th, the show did not start on time due to the line being out the doors. A huge crowd gathered to watch one of the first high schools in the country perform the well-known musical.

Working with a new sound system and a pit with no strings unlike that in the past, Martinsville had made many new changes for the better.

The opening scene was cute as the main character, Sophie, was writing her wedding invitations to her three possible dads. That was our first chance to see how exactly they managed to make a cold auditorium feel like the warm and sunny Greece. With a cloth backdrop painted like the ocean and palm trees on a sandy beach, and by the way the actors dressed, the audience was in a trance feeling like they were in Greece themselves.

Martinsville did very well leaving almost nothing out from the original movie and the casting worked well, this is how the actors were able to work so well together. Despite everyone wearing microphones, making the sound a little wonky, the cast tried their hardest to adjust throughout the show.

A feeling of pride coursed through the casts member’s veins as the show was over and they knew that they gave all they had on the stage.

As the curtain closed and opened again for the cast to bow, every audience member stood and gave a standing ovation for the outstanding performance the cast gave in the two hours.

I thought the musical was well done for losing so many involved seniors this past May. I am impressed by all the changes the staff has made with sound and dancing. Overall it was a well done performance of a beloved musical.

One Response to “Thoughts On: Mamma Mia”