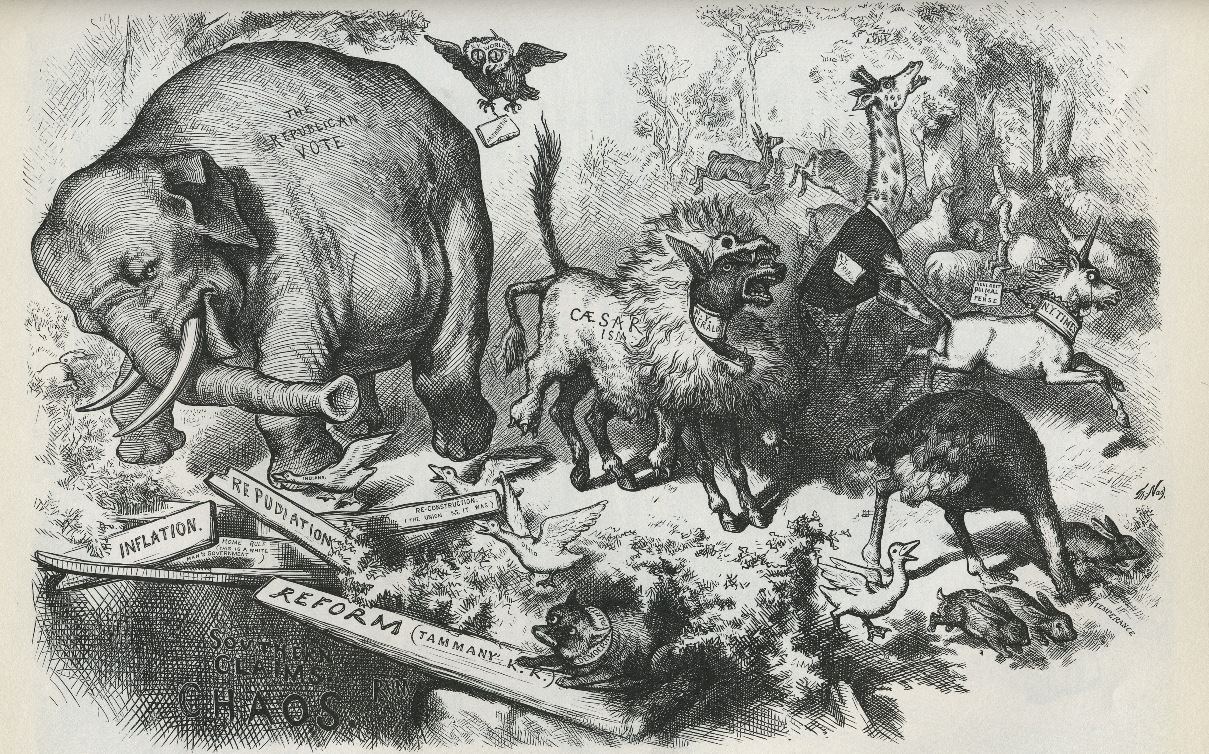 What is the Difference Between a Donkey and an Elephant?

It would seem strange that Americans choose to represent themselves as a wild animal to describe their political beliefs, but they have for centuries. A donkey is used to represent the Democratic party (left/liberal-leaning) and an elephant to represent the Republican party (right/conservative-leaning).

When choosing a party to associate yourself with, it is best to know what exactly each party represents. Democrat and Republican are the most popular political parties.

Democrats are liberals that almost always believe in equality and liberal political views. Democrats make up 30% of Americans. Well-known Democrats are former president Barack Obama, former first lady Hillary Clinton, and Senator Bernie Sanders. The donkey is used to represent Democrats because when Andrew Jackson was in office, he was known for being stubborn.

Republicans believe in less government involvement and less spending taxpayers money on social programs. While Republicans make up 23% and 45% are independent, the rest of Americans are not registered as anything. Current president Donald Trump, Senator Ted Cruz, and associate justice Brett Kavanaugh are all apart of the Republican party.

In 1874, a political cartoon titled “Third Term Panic” by Thomas Nast in “Harper’s Weekly,” the elephant was depicted as the Republican vote and running away from a donkey wearing lion’s skin representing Democrats. The cartoon was created to attack the two-term president, Republican Ulysses S. Grant, who was thinking about running for a third term.

Nast’s cartoons used donkeys to symbolize Democrats and elephants to symbolize Republicans until the animals became real symbols for the political parties.

While the mid-election has come and gone, different political beliefs are something to think about when entering the voting booth. Also, new voters should take into consideration when registering to vote.