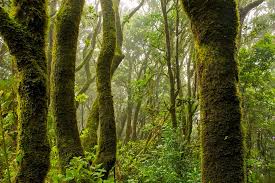 Scientists believe that Indiana will become hot and humid, making it a perfect breeding ground for insects and parasites.

Scientists believe that Indiana will become hot and humid, making it a perfect breeding ground for insects and parasites.

The World Is Changing

Imagine: Walking through lush forests, buzzing with mosquitoes the size of beetles and flies as big as bees. The plants have grown large and heavy, much like the images of dense rain forests you see in school. Only, these aren’t those images. This is the same old Indiana you’ve always known.

Scientists who believe in climate change (approximately 97% of the scientific community) believe this could be a reality for future Indiana. As the state grows warmer, these scientists anticipate more health problems to arise currently common among tropical countries in the southern hemisphere. Why do scientists worry so strongly about these when studying climate change?

The increased spread of diseases is their primary concern. With an increase in atmospheric changes, especially increased rainfall, bacteria may spread easily through contaminated water. Warmer temperatures only make potential storm fronts worse, making the spring and summers a potentially ideal time for the spread of these infections. These infections, caused by runoff and sewage, can also contaminate crops causing food-borne illness.

These weather changes are also expected to make Indiana a hot and humid climate perfect for parasitic breeding, increasing the risk of vector-borne diseases. Of these parasites, scientists are especially concerned with mosquitoes and ticks. According to the Medical Society Consortium on Climate and Heath, mosquitoes which carry West Nile Virus and dengue fever are already becoming more common, with a fear that the United States would see an re-emergence of malaria.

Changes in the environment would not just allow for an increase in insects carrying these illnesses. Scientists believe they will also increase the rate in which viruses replicate within them. The CDC believes that they have already seen this with the recent outbreaks of Zika. Since the first outbreak in 2015, more than 2,400 pregnant women in the United States alone have tested positive for Zika.

According to Gabriel Filippelli, the director of the Center for Urban Health at Indiana University-Purdue University Indianapolis, conditions in southern Indiana are already perfect for these diseases. “Diseases that we eradicated in the U.S 100 years ago are likely to be raging back in the near future,” he said in an article. Marion County is just one of these southern Indiana counties already reporting more pest life in the region, with a 500 percent increase for mosquitoes between 1981 and early 2018.

Scientists have also found a new species of fly in Indiana believed to be a result of climate change. The Lucilia cuprina, a type of blow fly, is typically spotted in southern states ranging from Virginia to California. Researchers from IUPUI first spotted the species within the state in 2015.

Between new fly species and emerging diseases, scientists believe that climate change will bring a lot of other changes to the state. The jungle scene so often used in media could just one day become a reality for Indiana.