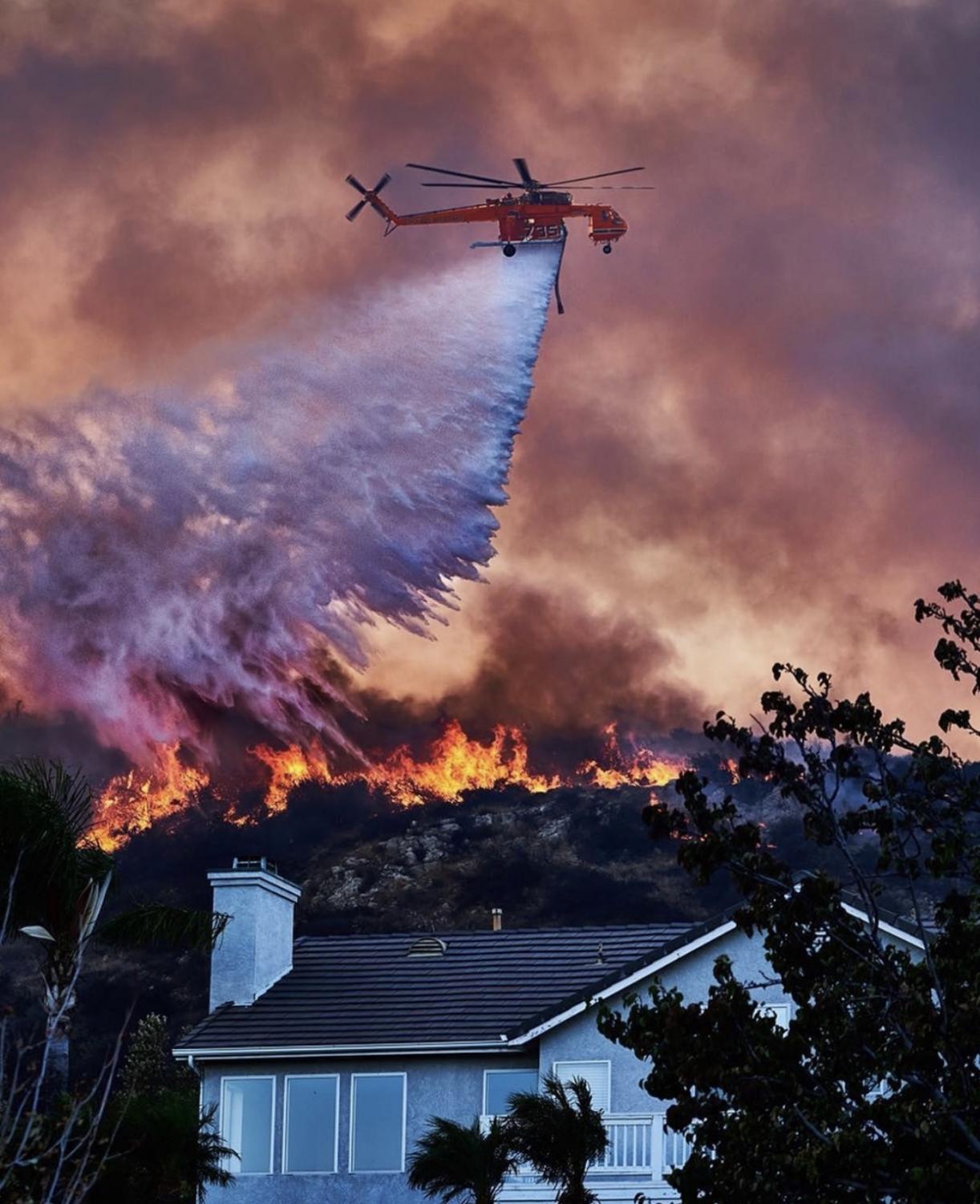 In November 2018, multiple wildfires rapidly spread across the state of California. These fires forced thousands to evacuate their homes and leave their normal lives behind. The fires had hit the Sierra Nevada foothills and the shoreline near Los Angeles. At least 88 people have been found dead with hundreds still missing.

This fire affected many families and people within the area. One resident, Jayden Capilla, had moved there in the beginning of 2018, not expecting something like this to happen to her. Although her house was thankfully not burned down, it did get close. The experience was very “real” for her.

Capilla had grown up in Arizona and briefly lived in Indiana, so wildfires were never a thing she had experience with. She remembers checking the news and seeing the information about the fires. The government sent out mass texts to people with an area code in their phone numbers that correlated with the fires’ locations. However, she didn’t have an area code yet.

In order to make sure that she would be okay, she opened her window at night to be sure that the smoke would wake her. Capilla’s boyfriend had an area code, but she didn’t want to rely on him waking up to an evacuation call. Capilla also stayed up to date on the fires using Twitter. She followed the VCScanner page which helped her track where the fires were.

Soon enough Capilla, her boyfriend, dog, and boyfriend’s mother had to evacuate their home. The family initially packed small items first, but when they woke up to smoke, it became frantic. Capilla says, “It’s so hard thinking about all of the stuff you don’t want to lose and in the midst of prioritizing that, it’s hard not to get emotional.” They did not have another home to go to, though. Instead, they went to a park that was in another city and tried to make the best of the situation. The family would return home only to shower and pack any other valuables and food.

The family continued this cycle for a few days, getting little to no sleep and checking in with family and friends to inform them of their safety. This was just after the shooting in the Borderline Bar in Thousand Oaks. It was a lot emotionally for the residents to handle all at once. Capilla and her family are thankful to be one of the lucky ones, though.

Natural disasters and fires are things that don’t just go away. Most people have to deal with these things. Capilla wanted to make this clear. “Do more than retweet,” she says as she vocalizes the significance of raising awareness about these situations. She advises people to share reputable GoFundMe accounts, educate themselves, stay alert, and to speak with their families about what to do in a situation like this. Although those kinds of conversations can be uncomfortable for many, she expresses how “you never grow from staying in the same place.”

3 Responses to “Flickering Flames of California”