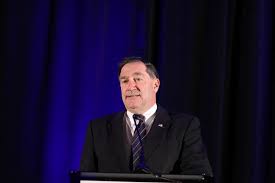 November 6th, the midterm elections unfolded in the U.S., creating excitement for new leadership across the nation. Voter turnout for these races hit a 50 year high, surpassing recent midterm elections by a landslide. In some areas of the country, more people voted early than the number of people who voted in total in the 2014 midterms.

Locally, Morgan County held their midterm elections for positions such as judge, state representative, county auditor, and many more. Former MHS Athletic Director Don Lipps ousted incumbent candidate Tana Lobb for a seat on the MSD of Martinsville School Board.

Lipps recently retired from the school system in 2016 after 46 years, and now he’s taking on a new role as a school board member. “I have a lot of invested time and interest in the school corporation, and I just [want] to continue playing a role in what’s going to happen within the district in the future,” said Lipps.

Statewide, a Senate race between incumbent Democrat Joe Donnelly, Trump-endorsed Republican Mike Braun, and Libertarian Lucy Brenton, ended with shocking results. Joe Donnelly led in most polls leading up to the election; however, he was defeated by Mike Braun in a decisive, six-point victory.

This election was crucial for Democrats and Republicans alike. It prevented Democrats from winning back a majority in the Senate, and it allowed the GOP and President Trump to keep the Senate red, at least for two more years.

In elections across the country, results were somewhat split. Democrats won several key races, including governor races in Kansas, Wisconsin, Illinois, and many House seats. They also challenged incumbents for important Senate seats, although not winning many.

Despite these numerous wins for the Democrats, the GOP also fared well in national elections, maintaining control of the Senate and also winning many significant gubernatorial races.

Although Democrats won fewer races than they were originally supposed to, they still managed to gain authority in the House of Representatives, creating a balance of power in Washington.

Because Washington is now divided politically, a certain amount of gridlock is expected in regard to laws being passed. President Trump will now have a more difficult time getting his agenda made into law because of the opposition he faces in the House.

Overall, this year’s midterm elections transpired much differently than they have in previous years. Voter excitement was through the roof, both locally and nationally.

Many who had never voted made an impact on the results this year by finally casting their votes. Democrats and Republicans alike will do their best to maintain this voter enthusiasm going into the 2020 presidential election.

One Response to “Midterm Madness”