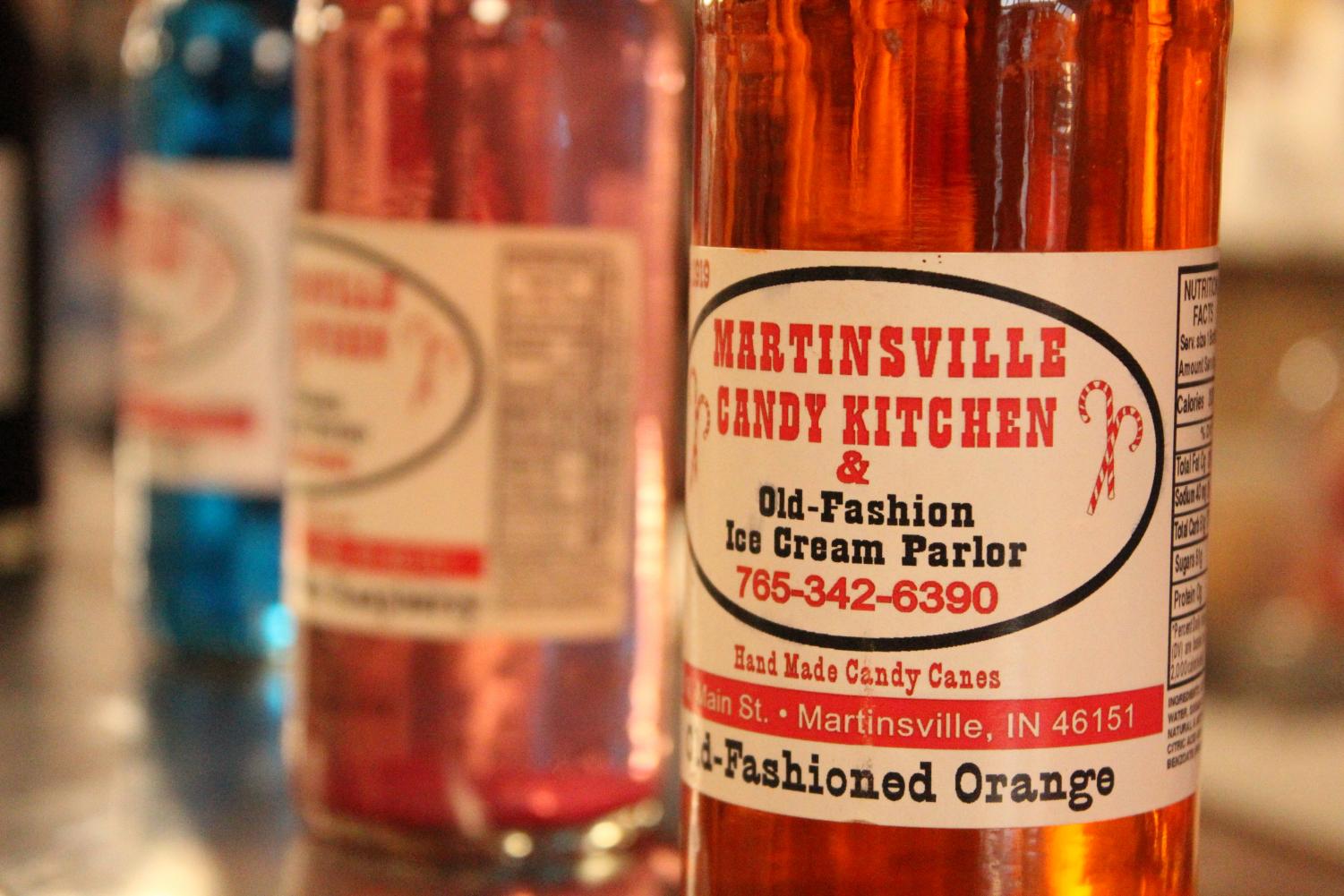 CANDY CANES…a holiday favorite! Dating back to the early 1700s, a German immigrant, August Imgard, was said to have introduced the candy to Americans. In the hundreds of years since, the peppermint candy has grown in popularity and is often homemade in candy shops all over. Martinsville’s very own Candy Kitchen is accustomed to the candy cane making process.

Founded in 1919 by Jimmy Zapapas, the store has become a popular hangout for kids all over town. One of Martinsville’s most famous graduates, John Wooden, loved the store as a little kid; whenever he was in the area, he would always find time to stop by and purchase a treat to satisfy his sweet tooth.

Over the years, the business has been owned and operated by five different families. In 2004, profits started to decline and almost caused the Candy Kitchen to close its doors. Refusing to stand by and let one of the town’s most beloved stores close, John and Pam Badger decided to purchase it. According to their grandson, John Badger, “[They] bought it in order to save and preserve the history it held.”

In April of 2019, they will be celebrating 100 years of being in business. Having an impact on Martinsville, the Candy Kitchen is highly valued by many members of the community. To some, it can even be considered a cornerstone on which our town’s foundation has been built upon.

Being a candy store, the months leading up to Christmas are quite hectic. They start making their famous candy canes in October and make them right up until Christmas day. On average, they produce around 30,000; their record number is 38,100, but “[they] plan to surpass that this year.”

Making candy canes is not an easy process; it requires a lot of work, but it requires even more time. Some nights, employees will stay at the shop until 1-2 in the morning! It may seem like a long affair, but the outcome far exceeds the amount of work.

Differing from what some people might think, the Candy Kitchen supplies a wide variety of flavors, not just peppermint. Ranging from horehound, a garden mint, to blueberry, they have a total of 18 flavors.

If you want to see firsthand how candy canes are made, stop by the Candy Kitchen and ask when they plan to make their next batch!