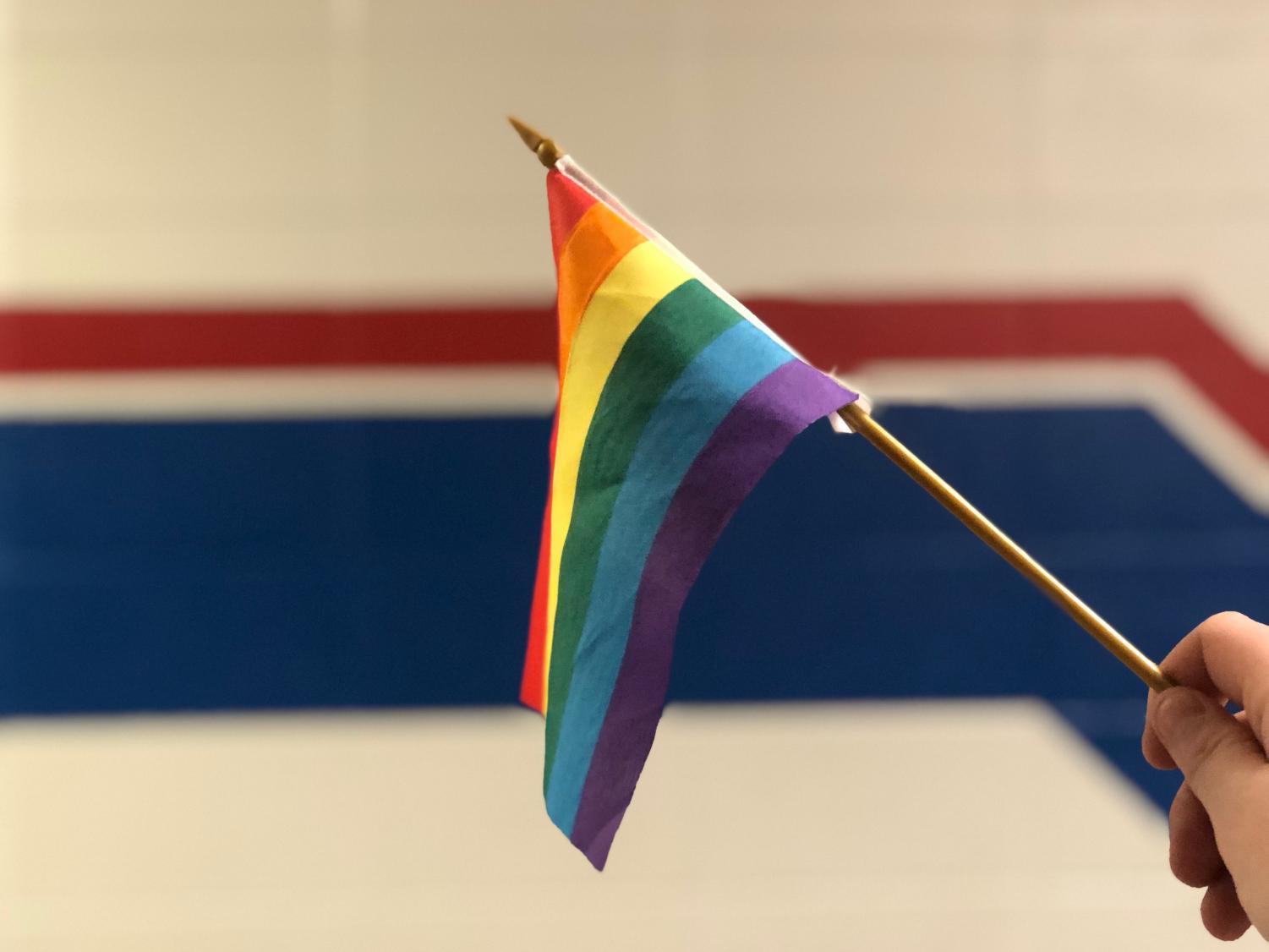 The Rainbows of the Red and Blue

In March of 2018, the inspirational movie Love, Simon was released. The movie is just like every other coming-of-age story, but it told a story that we don’t typically see on the big screen. Based on the novel Simon vs. the Homo Sapiens Agenda, both center around a gay teen finding his way through high school and accepting who he is.

Simon lives in a small town in Georgia where being part of the LGBT+ community is still looked down on and he must figure out how to be himself while not letting others know he is gay. In 2015, same-sex marriage was legalized and many across the nation celebrated. But why is this move so important and how does this hit home?

We have members of the LGBT+ community in our own community, and some are teachers.

Mr. William Sellers is what many describe as “kind-hearted” and is one of the two Chemistry teachers here at Martinsville High School. Other than teaching, he is also one of the two GSA (Gender & Sexuality Alliances) sponsors, and he is gay. “I probably realized it myself [in] my junior year of high school. So, I was 17 years old,” Sellers said.

Such is the case for some, if not most, people in this community, it was not easy for him to accept right away. “I struggled with it,” Sellers said, “I went through the whole ‘pray the gay away’ phase and then, probably, accepted it for myself my senior year. So it took about a year of just weird transition time.” Now, Sellers is open about who he is.

Sellers also has his own opinion on the movie Love, Simon. “I never read the book so it was my first impression of the story of Simon. I thought it was a good representation [and] I was pretty happy with it. The first time I saw it in theaters, there were parts of it that kind of bothered me, I guess, [like] the way that they did it. But I realized that it’s a movie and it has to be cinematic, so, I liked it,” Sellers said. “I think it was a huge step [for the community]. It’s the first, well first in modern time anyway, sort of targeted towards the masses coming of age story just with the twist that he’s gay. I think that we need more of that.”

But does the movie represent the LGBT+ community correctly? Yes and no.

“I think that it does a pretty good job of hitting a lot of points, like a lot of things LGBT+ people struggle with. I don’t think that Simon always dealt with those challenges in the right way. But again, that’s part of the movie,” Sellers said. “I think there was a lot of focus on Simon and the people that were directly connected to him. There wasn’t a whole lot of focus on women in the LGBT+ community, [and] I don’t feel like I remember any trans issues coming up. So it was definitely through, you know, the white male gays [perspective].”

Sellers would like to see more LGBT+ movies put out into the world.