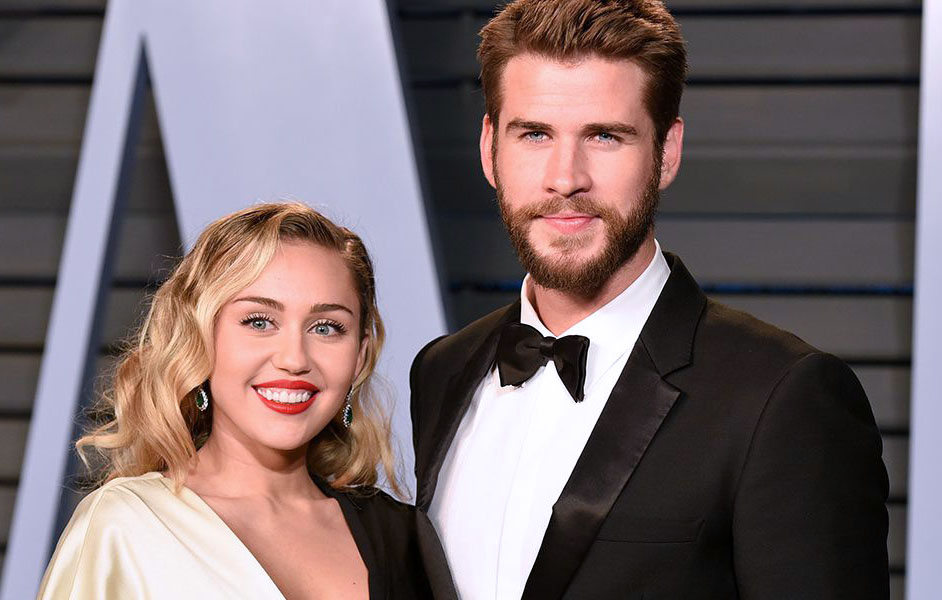 Miley and Liam attend an event together. (Altered by Sophia Finney)

Miley and Liam attend an event together.

Cyrus and Hemsworth Tied The Knot

Miley Cyrus and Liam Hemsworth’s love story began 9 years ago in March of 2010. They were first introduced to each other on the set of Nicholas Sparks’ The First Song, a romantic movie about a girl who falls in love with a man after being sent to live with her father. Many believe that the couple was destined to be with each other from the start, seeing as how much chemistry they seemed to share on-screen.

Publicly confirming their dating status, the couple made their first appearance together at the Elton John AIDS Foundation Academy Awards Viewing Party. After their first break-up in August of 2010, their relationship went through many ups and downs. In 2012, Hemsworth finally popped the question…and she said yes!

A year later, cheating accusations arose. In September, Miley’s rep confirmed that the engagement was off. Being a talented musician, she found a way to tunnel her heartbreak into her lyrics. She released a string of songs later that year: Someone Else, Adore You, Wrecking Ball, and more.

Around the same time as the breakup, Miley started using drugs. Drug addiction is a serious disorder – one that affects over 20 million people in the United States. She battled for quite some time, with marijuana being one of her most used narcotics.

Throughout the next couple of years, the two distanced themselves and even dated other people for a short while. Suspicions arose in 2016 after Miley and Liam had been spotted together. Verified during an Ellen interview, the engagement was back on! This time, it was for good.

On December 23, 2018, they officially tied the knot. Adversity can weaken some, but it strengthens others. The newlywed couple had their fair share of trying times, but now it is “til death do us part.”