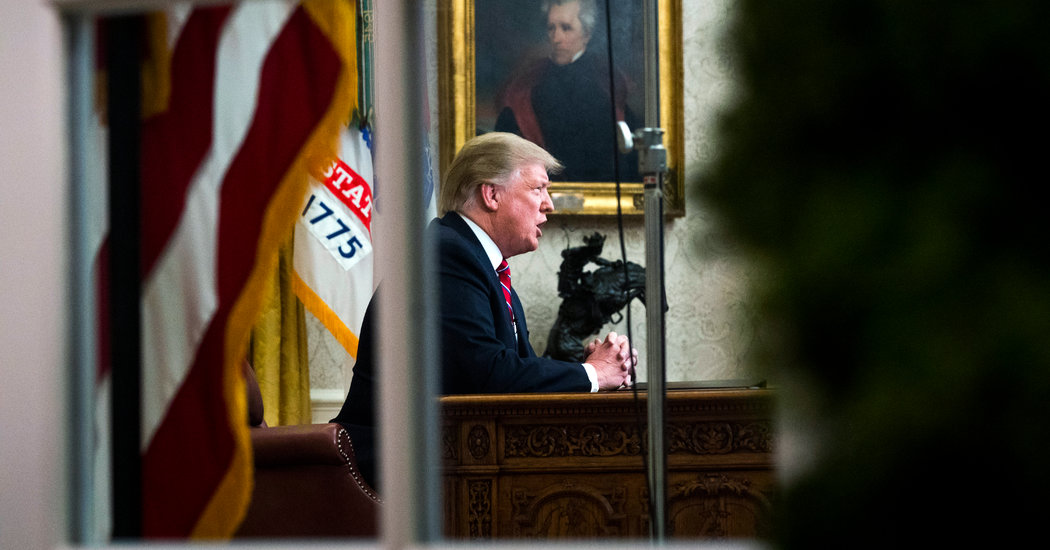 On January 8th, President Donald Trump addressed the nation on most major news channels regarding border security and his proposed border wall. The President partially shut down the government on December 22 in an attempt to get his agenda passed. The government was shut down for a total of 35 days, beating the previous record of 21 days during the Clinton administration.

Since this shutdown, Democratic leaders Nancy Pelosi and Chuck Schumer have been at odds with the President, and both parties have been advocating for different solutions to the border security problem.

Trump cited violent crime and drug trafficking as his reasons for giving this speech. He called on Congress to “pass a bill that [will end] this crisis” and he urged citizens to “call Congress, and tell them to finally…secure our border.”

In reality, this “border crisis” is not as much of a crisis as President Trump has made it out to be. The President gave this speech in order to incite fear in the American people so that he could further his personal agenda. President Trump shut down the government as a political stunt, and he did not back down until his border wall proposal was at least considered by the Democratic House and Senate leaders.

The president ceased many federal operations despite the fact that over 800,000 federal workers would be without a paycheck throughout the duration of the shutdown. Many workers in government agencies have organized strikes to protest their lack of pay. Additionally, many continue to work with no paycheck, fearful of the consequences of a strike. Shutting down the government while disregarding how it would affect regular, everyday people was incredibly selfish of Trump.

To open his speech, Trump claimed that there is a “growing humanitarian and security crisis at the border.” However, during 2018, illegal border crossings were much lower than in 2016, 2014, and had even fewer crossings than in 2000. Also, Central American refugees seeking asylum from persecution, not violent criminals, make up a large proportion of people who have crossed the Southern border.

The President also discussed that our border with Mexico “is a pipeline for vast quantities of illegal drugs.” According to the Drug Enforcement Administration, though, the majority of illegal drugs imported to the United States from Mexico are smuggled through legal ports of entry. Fentanyl, a drug that Trump cited as one that was illegally brought here across the border, comes here from China. A border wall would do very little to combat the drug crisis in the U.S.

Instead of putting this at the forefront of his agenda as the main issue plaguing our nation, the President should focus more on how 45,000 people die in the U.S. per year due to lack of healthcare. He should also address the stagnant wages for the middle-class and the fact that there are growing disparities between the poor and the rich in our country. Those are the real crises facing our country today.

This speech was meant to distract the American people from the actual problems we are facing. He does not want American citizens to pay attention to the discourse within his administration or his administration’s unethical immigration policy of separating families at the border. His address was successful in what it was supposed to accomplish: making headlines.

Trump also used this address to highlight an issue that will be at the forefront of his 2020 campaign. His taxpayer-funded speech was centered around a policy proposal that he will use to attempt to reel in voters during the next election.

President Trump is exaggerating the effects of illegal immigration. He is using fear-mongering and misleading statistics to further his agenda. Trump’s hateful speech is harmful, but unfortunately, many Americans are buying it.

One Response to “Presidential Address”