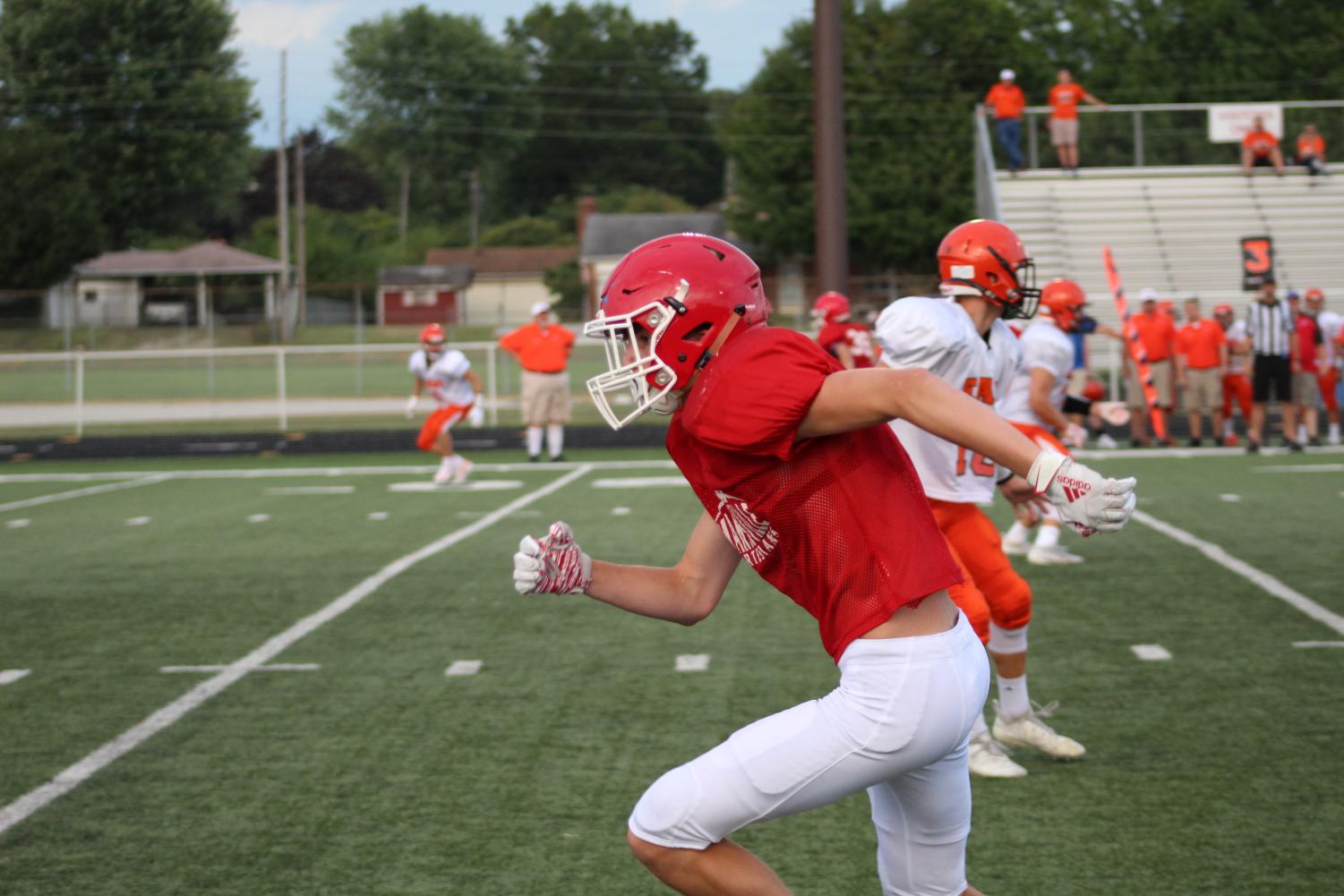 Martinsville High School’s football team is in a new place this year; instead of being in class 5A, they have been moved to 4A.

For those who do not know how the football class system works, Indiana has six classes with 6A being the largest, 1A being the smallest. There are two factors that go into classing a school: determining the size of the team (the larger the school, the higher the class) and looking at their “success factor.” Schools are able to bump up classes based on having enough playoff wins or “points.”

Head football coach Carter Whitson used Columbus East as an example. Columbus East was a 5A school, but won a state championship and bumped up a class making them 6A.

Our enrollment this year was the driving factor that made us drop from 5A to 4A; we went from being one of the smallest schools in 5A to being the second largest school in 4A.

When asked if this drop in class would be a challenge or a benefit to the team, Coach Whitson said, “Our road in 4A [will be] extremely tough and just getting out of sectionals is a great accomplishment in any 4A sectional.”

Junior football player Beau Hess said, “This change won’t affect our team in a big way. We will always play our hardest no matter where we are placed or who we are playing.”

Coach Whitson said, “As far as Martinsville is concerned, we are excited to be a 4A school.”