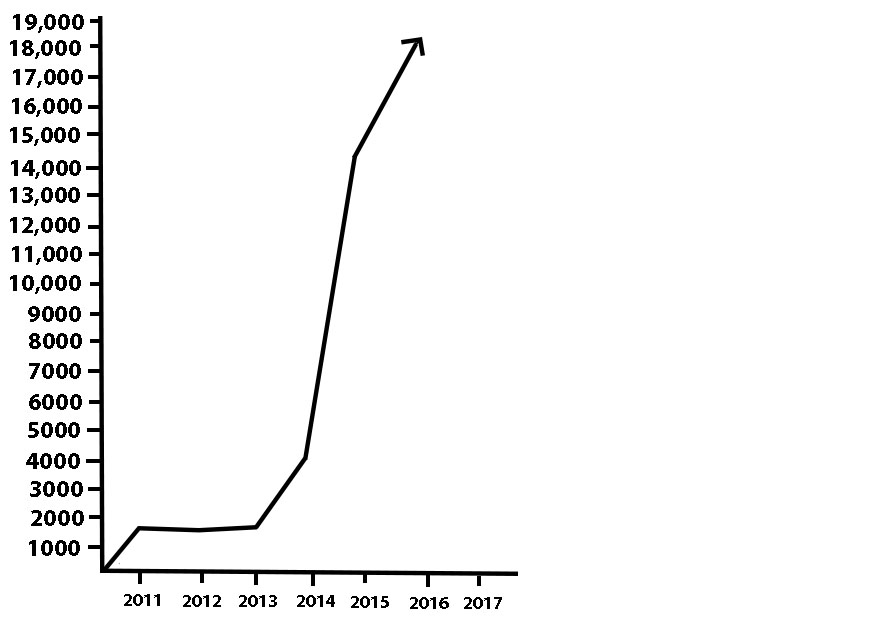 Fentanyl Deaths Rise More Than 1000% in the Past Six Years

Within the past decade, the extremely potent opioid fentanyl has increasingly played a part in fatal overdoses in the United States. According to a new Centers for Disease Control (CDC) report, Fentanyl-related overdose deaths have grown by more than 1000 percent from 2011 to 2016.

According to the Drug Enforcement Administration (DEA), fentanyl is 80-100 times stronger than morphine. It was originally developed in patch form for pain management for cancer patients. People use it for its intense but short-term high and euphoric feeling.

In a fentanyl overdose, the user may not be fully revived with only a single dose of narcan, according to Scott Lukas, director of the Behavioral Psychopharmacology Research Laboratory at McLean Hospital in Belmont, Massachusetts. Naloxone easily revives someone from a morphine overdose, but cannot always do the same when it comes to fentanyl.

Fentanyl is often added to heroin because they look identical to each other, increasing the potency. Many who purchase drugs laced with fentanyl have no idea; not being aware is the main cause of fentanyl related overdoses and deaths.

“You don’t know what you’re taking,” Tim Pifer, the director of the New Hampshire State Police Forensic Laboratory, told STAT in an interview. “You’re injecting yourself with a loaded gun.”

Heroin and cocaine still remain the main street drugs of choice, but fentanyl is becoming more widespread. Researchers have found that between 2013 and 2016, fatal overdoses involving fentanyl increased by about 113 percent annually.