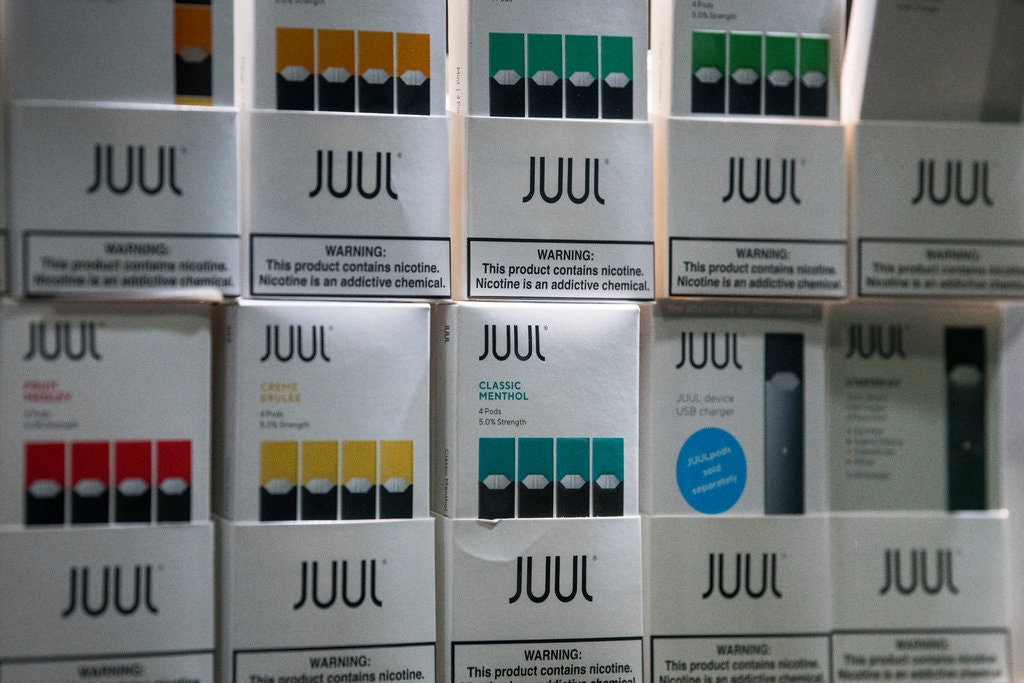 After the death of six adults and teenagers across America, the White House has banned vape-related substances.

After the death of six adults and teenagers across America, the White House has banned vape-related substances.

Throughout MHS and countless other high schools across the country, vaping has become an epidemic that is now very difficult to extinguish. Schools like ours nationwide have made extensive efforts in an attempt to combat this fairly new and dangerous trend amongst teenagers.

Because of the increasing severity of this issue, the White House stepped in and made the decision to take certain vape flavors and nicotine pods off the market, hoping to put an end to Juuling and vaping, which has killed six people nationally in the past few months.

The Trump administration has placed a ban on popular E-cigarette flavors in order to tackle the growing popularity of Juuls, which are becoming an equally-dangerous alternative to more traditional cigarettes. These flavors, as cited by the FDA, are more enticing to a younger market, and the government believes that by taking them off the shelves, Juuls and other e-cigarettes will become less abundant throughout the teenage population. This ban threatens the profits of many E-cigarette companies, who rely on these flavors to generate most of their profits.

Approximately 450 ongoing investigations of lung-related illnesses due to Juuling have caused the prohibition of vape sales. In addition, a recent jump in teenage vape sales is part of the reason that sparked this decision.

This ban comes shortly after increased pressure by the FDA, lawmakers, teachers, and parents who have noticed a change in teenagers nationwide, but who feel as if they have no power to keep E-cigarettes out of children’s hands. Last week, Michigan became the first state to ban the sale of e-cigarettes, and other states, such as Massachusetts and California, have considered taking similar measures.

In response to this recent move by the White House, many across the country criticize prohibiting the sales of these substances. Some believe that it restricts individual freedom, and others believe that it will lead to teenagers and adults buying these flavors and pods from the streets, which may then contain illegal substances since they would no longer be regulated by the FDA.

Certain vape flavors and Juul pods being banned is just the beginning of the Trump administration’s crackdown on teenage drug use. The goal of this move is to eventually ban e-cigarettes outright from stores nationwide. Whether or not this will be effective, the White House is taking very restrictive actions in an attempt to combat this new issue.

The White House has taken very quick action on the issue of vaping following the death of six Americans. However, after countless annual deaths due to gun violence and mass shootings becoming a normal aspect of American life, very little movement by the government has been made to combat that issue.