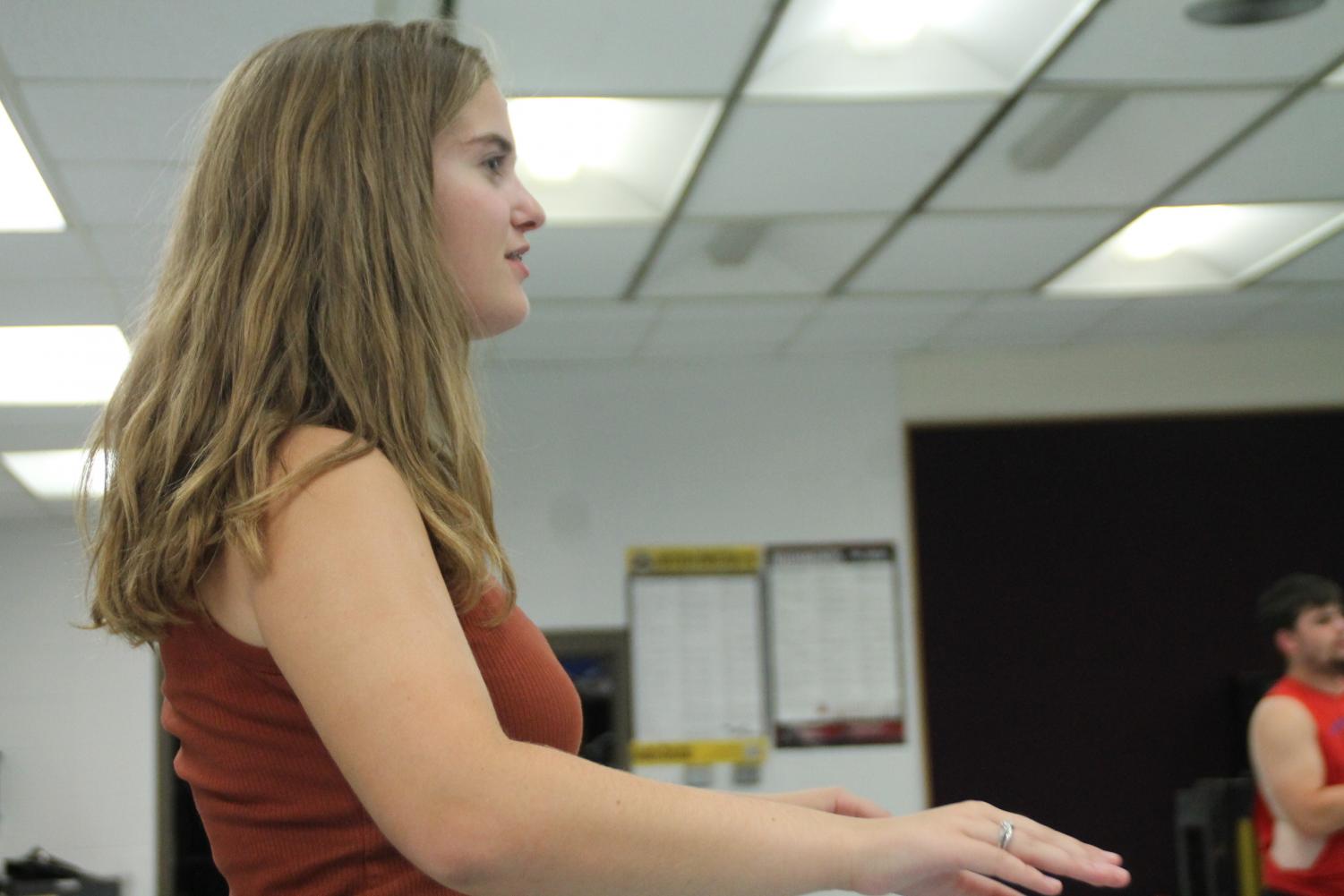 For the past two years, the Drum Major was Julia Rito, a 2019 graduate. Being the first time in two years that the drum major has changed, there is a whole new vibe within the band.

Lambert, an MHS junior, has been in the marching band for the past four years.  She never had a specific reason for wanting to try out for Drum Major but fell in love with it when she started the audition process. For her, the process was scarier than it was hard.

Lambert said, “So far, being Drum Major has been really fun. I like being able to work with everyone, [see] how they do their thing, and learn. I enjoy not having to worry too much about learning drills and how to play new music.”

She loves being able to connect with everyone and help them with their struggles. Lambert said that being Drum Major is one of the most important things that has happened to her.