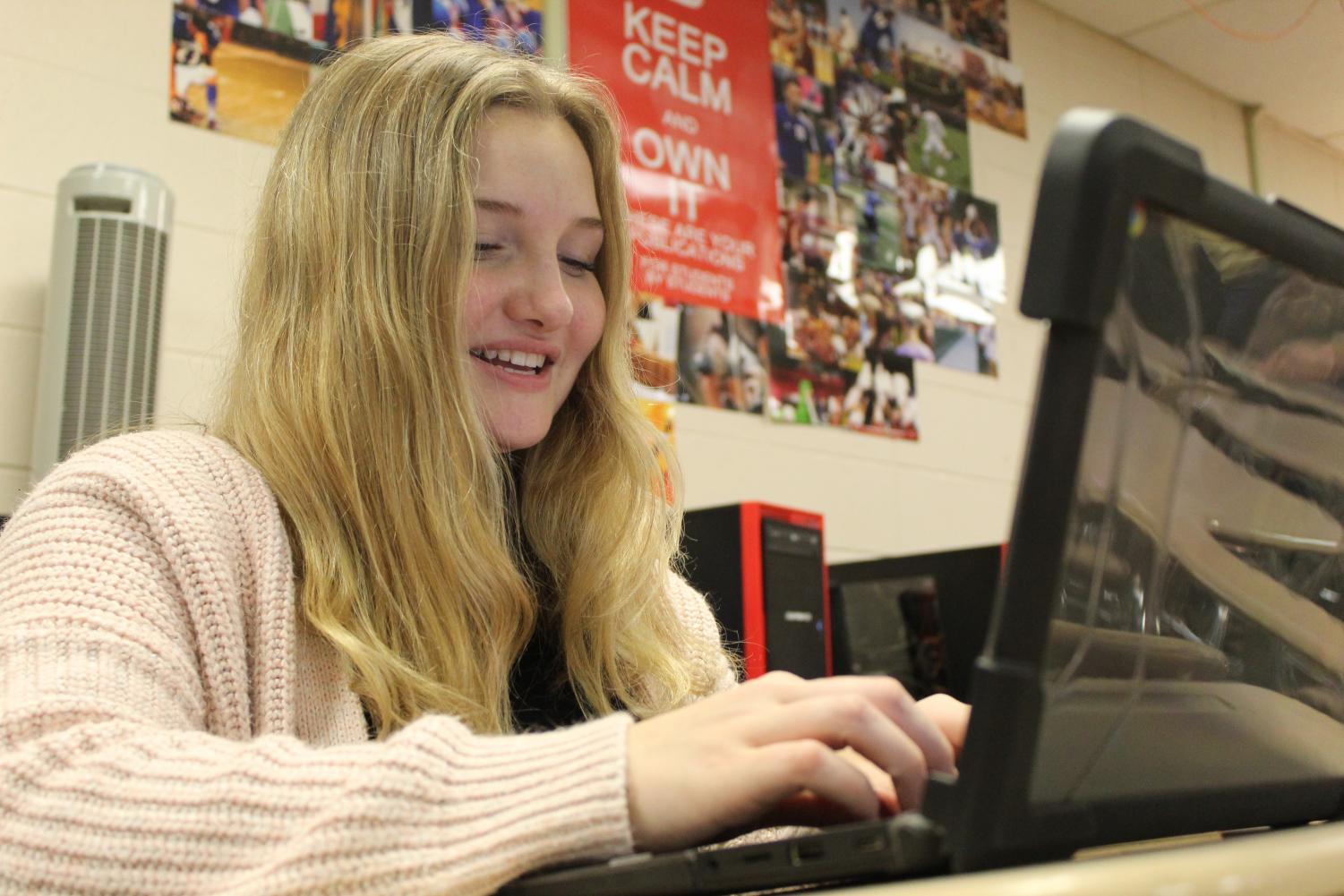 Emma-Kate Allen smiles as she works an assignment on her new Chromebook. (Annie Sichting)

Emma-Kate Allen smiles as she works an assignment on her new Chromebook.

At the end of last school year, rumors of new Chromebooks floated around. Fast forward to the first day of the 2019-2020 school year: rumors were confirmed! According to Artie Intel director Will Miers, there are a lot of improvements in the new Chromebooks. “[The screen resolution] is better. If you have a fast enough internet connection, you can actually watch 4K videos on these [new Chromebooks],” Miers said. To make things even better, Miers also said that the Chromebooks have a processor that is twice as fast and can hold twice as much memory as the previous ones.

On the other hand, when it comes to the battery, there’s not much to be said. “They are better than the other ones as far as life, but they are a little finicky, because they have a microchip built into them and it basically remembers usage and stuff on it,” said Miers. By “usage and stuff”, Miers meant it remembers when and how much you use the battery.

This begs the question: What does the student body think about these new Chromebooks?

Freshman Hailey Huser, one of MHS’ Artie Intel students, fixes Chromebooks and helps kids learn how to use them. “I like working with the Chromebooks and finding out how the computers work [as well as] helping other students,” Huser said.

How does a new student feel about these Chromebooks? Senior Hannah Kadinger, a student who recently transferred to MHS, said, “It’s definitely something new and different for me, [and] I wasn’t able to figure them out for the first few days.”

What about a returning student? Senior Mackenzie Searcy has been at MHS for her entire highschool career. “They’re ok,” Searcy said. “Other than the battery, [they work better than the old ones].”

Though the battery may not be the best, the new Chromebooks seem to be better. They are definitely new and improved.