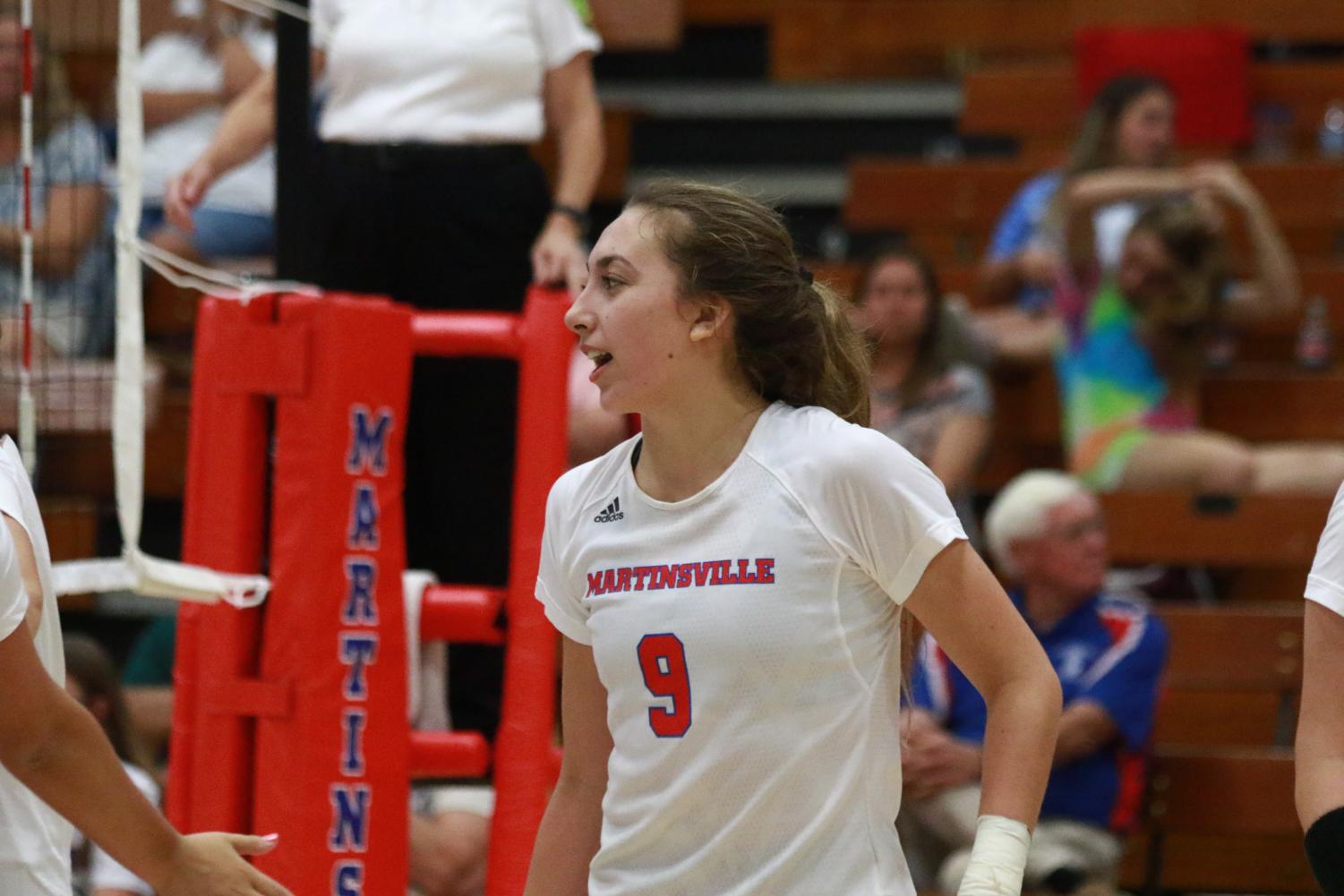 Sophomore Grace Reynolds cheers her team on after scoring a point. (Lauren Ka )

Sophomore Grace Reynolds cheers her team on after scoring a point.

Getting into the Swing of Things

This season, the volleyball team has started off strong. The girls easily accomplished a win during their home opener against Indian Creek. Shortly after that game, the team took down Columbus North, Mooresville, and Greenwood. So far, varsity’s record is 8-2!

This is the girls’ second year with Coach Kayla Back, and she has quickly changed the program for the better. One thing that makes the volleyball team stand out compared to the other sports here at MHS is their team motto.

Last year, their motto was “Heart of a Champion.” This year, Coach Back let her players add some uniqueness, and they came up with a new motto: “Above the Line.” Then, the athletes had to come up with ten things, relating to volleyball, that they thought were above the line (average) and below the line.

Junior Katie Huang said that the motto is a reflection of their success because it “encourages [them] to do the best [they] can and helps [them] play better as a team even during the tough times.”

Coach Back sees potential in every team she coaches; each season she always comes in with the mentality of winning state. With the way things have been going so far, the Artesians find that goal becoming more realistic every day.

So far, the team has not lost a game to anyone competing in their sectional bracket. Coach Back said, “We have all of the skills to make a deep run in the postseason. It is just a matter of winning a big game and the girls getting over the hump of truly believing in themselves.” Considering their strong start to the season, this could be a possibility.