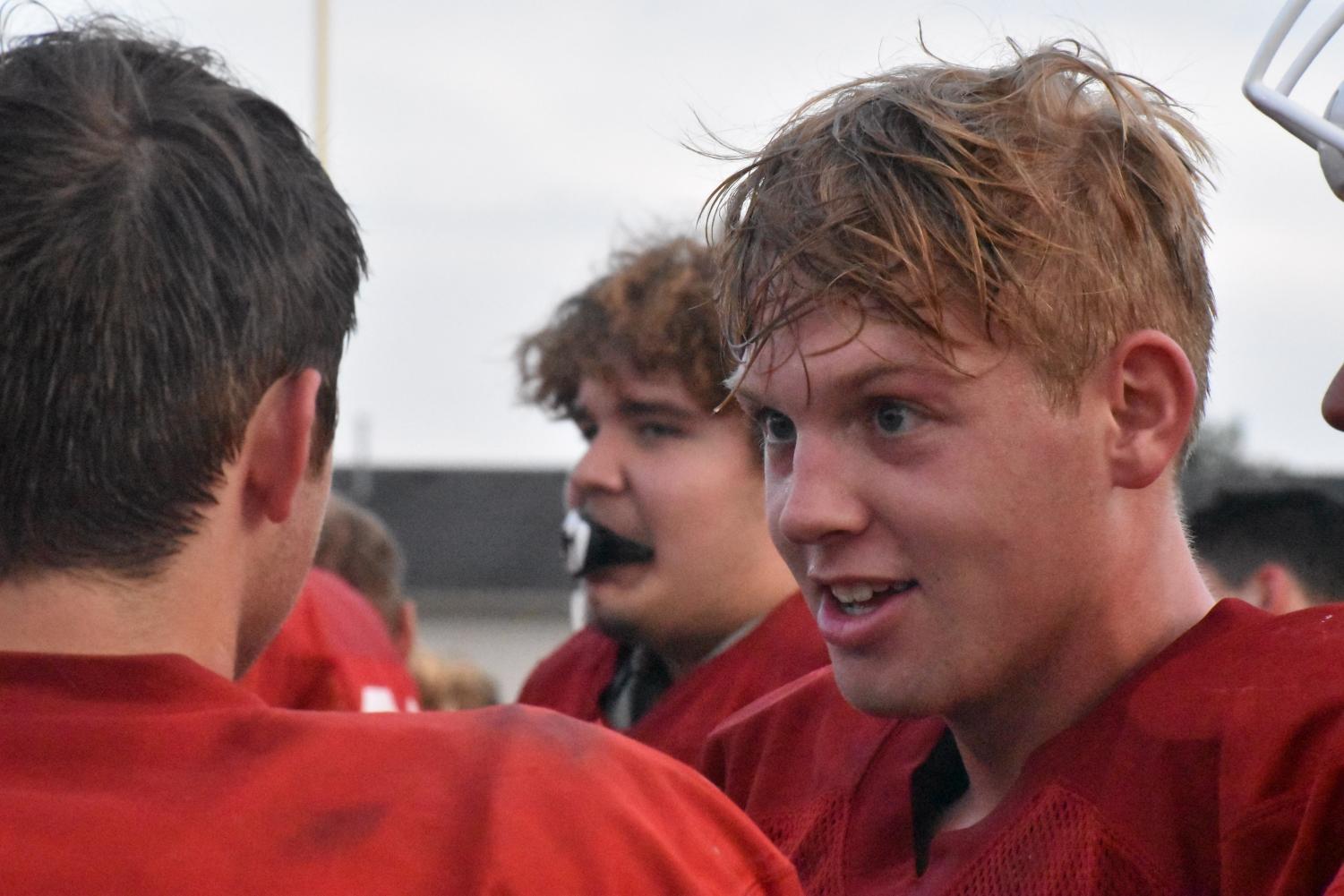 Weston Pemberton talks with his teammate while watching the game. (Olivia Ostler )

Weston Pemberton talks with his teammate while watching the game.

Friday night football games are some of the most popular events to go to in Martinsville during the first months of the school year. The MHS football team has worked extremely hard this season and have had to make several adjustments due to injuries. This year has been one for the books when it comes to injuries!

MHS junior Will Nix started as varsity linebacker for the 2019 football season. He tore both his anterior cruciate ligament, or ACL, and meniscus during the homecoming game against Franklin. Nix was planting, reading the field in hopes to make a tackle when his knee gave out, leaving him on the ground. Finding someone to replace him has been a challenge. However, Nix said, “I don’t think [the injury] has really affected [the team] at all.”

Similarly, Westyn Pemberton, the middle linebacker, tore his medial collateral ligament, or MCL, during the first half of the Decatur game. Pemberton’s recovery will take about three months, meaning he is out for the remainder of the season. Fortunately, he said this injury should not affect him in the long run; he should be good to go for next year’s season. Pemberton said that they “have a lot of new players trying linebacker with [him] and Will out, but they’re doing pretty well.”

Unlike those two who still have another year or two to play, senior Andrew Baugh was injured, ending his high school football career. Baugh, the center, tore his patella tendon in the first quarter of the Perry Meridian game. He was trying to block when someone came in for a tackle and hit him on the outside of his knee. Baugh will be out for the rest of his senior season and cannot do anything physical for 6-9 months. He said “It’ll be hard to get back to where [he] was” after he heals.

Considering the circumstances, Martinsville has dealt with these injuries and has worked extremely hard to find the best guys to replace them. The boys have fought hard this season, and we hope that all of the injured players have a speedy recovery for seasons to come.