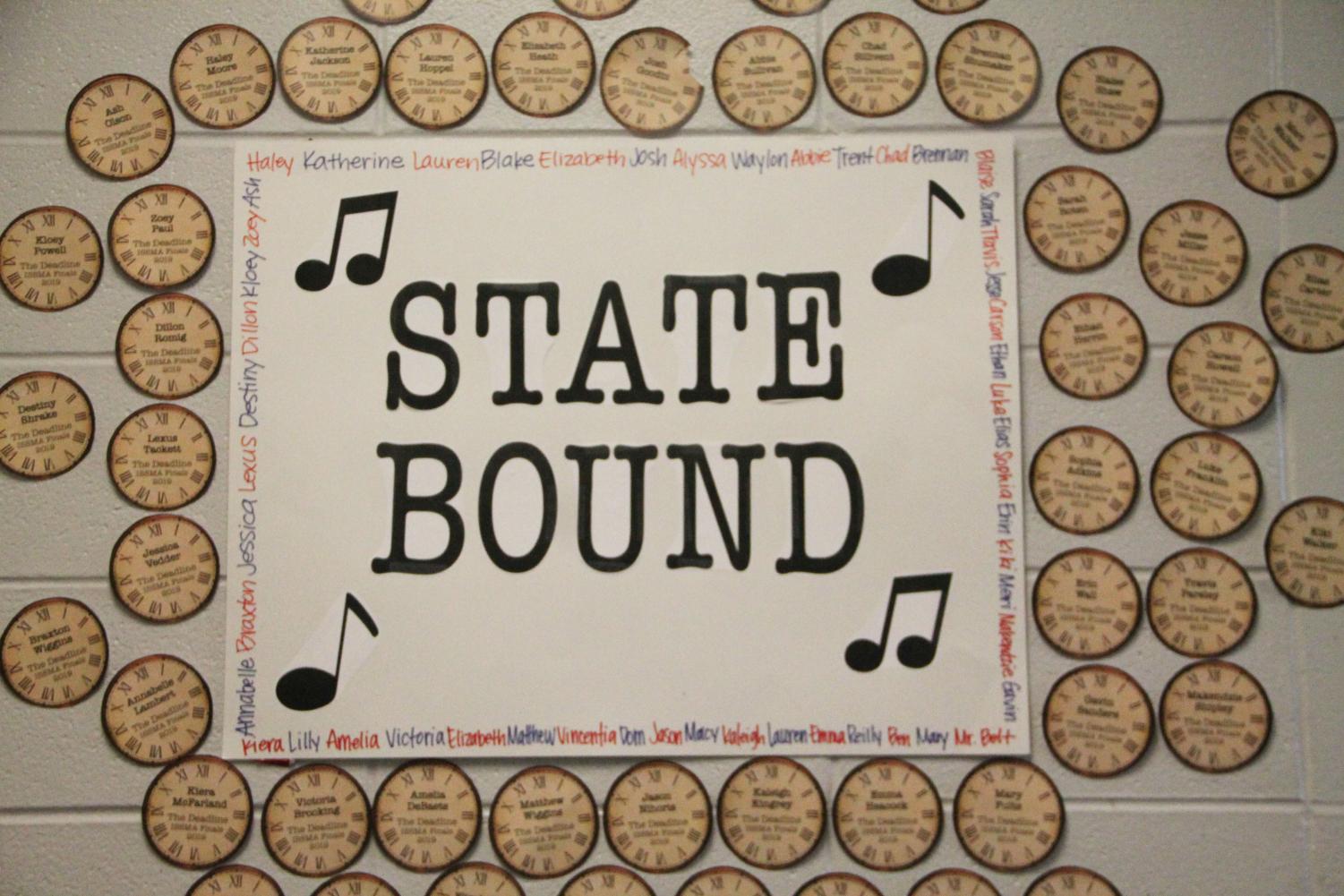 The MHS band is state bound, celebrating with a poster in the band hall. (Ash Olson)

The MHS band is state bound, celebrating with a poster in the band hall.

The MHS Marching Artesians have marched their way to ISSMA state finals for the first time in four years! Their show, “The Deadline,” is about a journalist who is procrastinating, but has a deadline to meet for the latest newspaper issue. The setting is a 1960’s newsroom; during the show, the football field is filled with desk and typewriter props. With 51 marchers, the band practices 19 to 23 hours a week, putting in over 300 hours each season. In order to make state finals, the band had to receive a gold rating at prelims (the competition to qualify for state finals). With a score of 60.75, the band received a gold plaque, advancing them to state. With almost a completely new staff and having been placed in a new class, the band had high hopes for the season. Finals will be held on Saturday, October 26th, at Lawrence Central High School, and the Marching Artiesians will perform at 4:51 pm. Come out and support your MHS band!