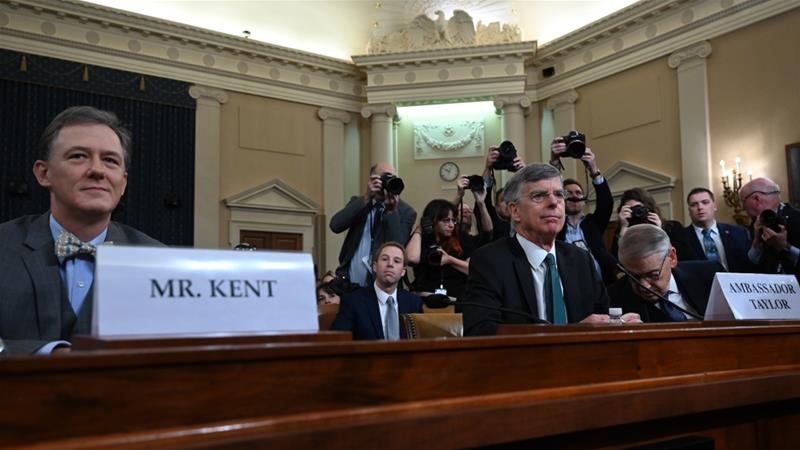 Today, November 13th, 2019, the public hearings for President Donald Trumps’s impeachment have begun. As of 1:53 P.M., lawmakers are questioning witnesses. As the nation is divided, people are anxiously watching their computers.

“A crucial witness offered a dramatic new testimony on Wednesday about President Trump’s preoccupation with having Ukraine investigate his political rivals, as Democrats opened impeachment hearings designed to persuade a bitterly divided nation that the president tried to coerce a foreign power to help him win re-election.”

The Democrats are doing all they can to find the “truth” about the President. It is questioned that President Trump has tried to travel to other countries in an attempt to hack his way into voting systems so he will win the upcoming re-election. This is not the first time President Trump has been suspected of this act.

Currently, it is being said that Trump cares more about the allegations concerning Biden than with Ukraine. “Trump is holding another round of lunches with Republican senators at the White House on Thursday, sessions with no real agenda that have often veered into discussions about impeachment.” Let us know how you feel about the hearings in the comments down below!