A Sea of Red 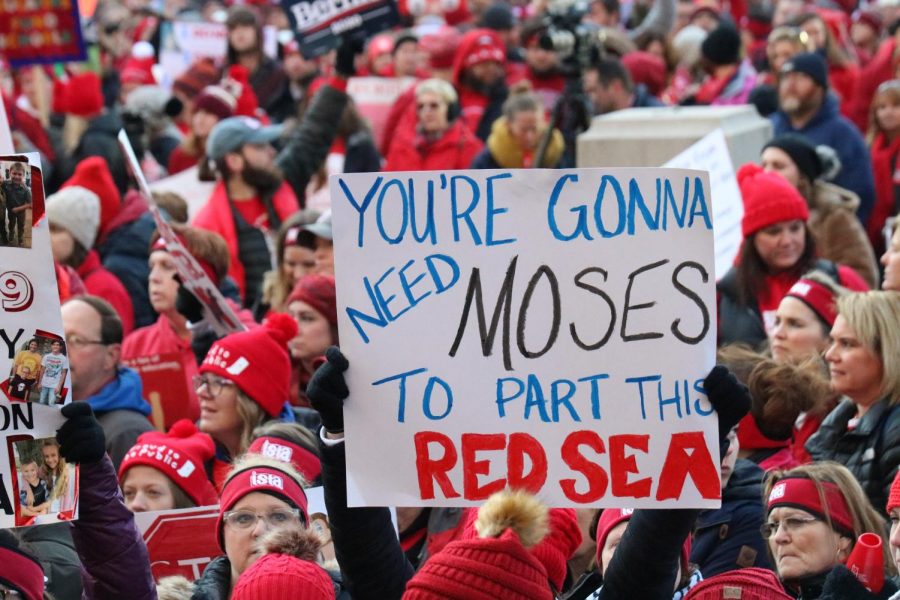 The crowd holds up a poster

On Tuesday, November 19th, 2019, 20,000 teachers, students, and parents rallied together at the statehouse for the Red for Ed movement. As people flooded towards the statehouse, the view above looked like “The Red Sea” with a swarm of protesters speaking out on behalf of students and teachers. 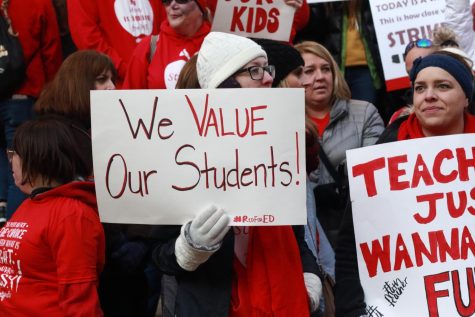 At the event, there were multiple speakers including ISTA (Indiana State Teacher’s Association)  President Keith Gambill and NEA (National Education Association) Vice President Becky Pringle. The crowd was enthusiastic about the cause, exhibiting it through chants and signs. After the speeches, most participants marched around the statehouse, while others made their way into the statehouse. Later that day, speakers from ISTA shared their stories with the crowd.

Although the march may have not been the only thing needed to make a change, it was a step in the right direction. With the large attendance, it is something that caught the attention of the state and something that we cannot back down on.

Overall, I would say the event was a success. With as many people who showed up, there will probably be another protest in the near future. The question lies: if there is another protest, will you be there?