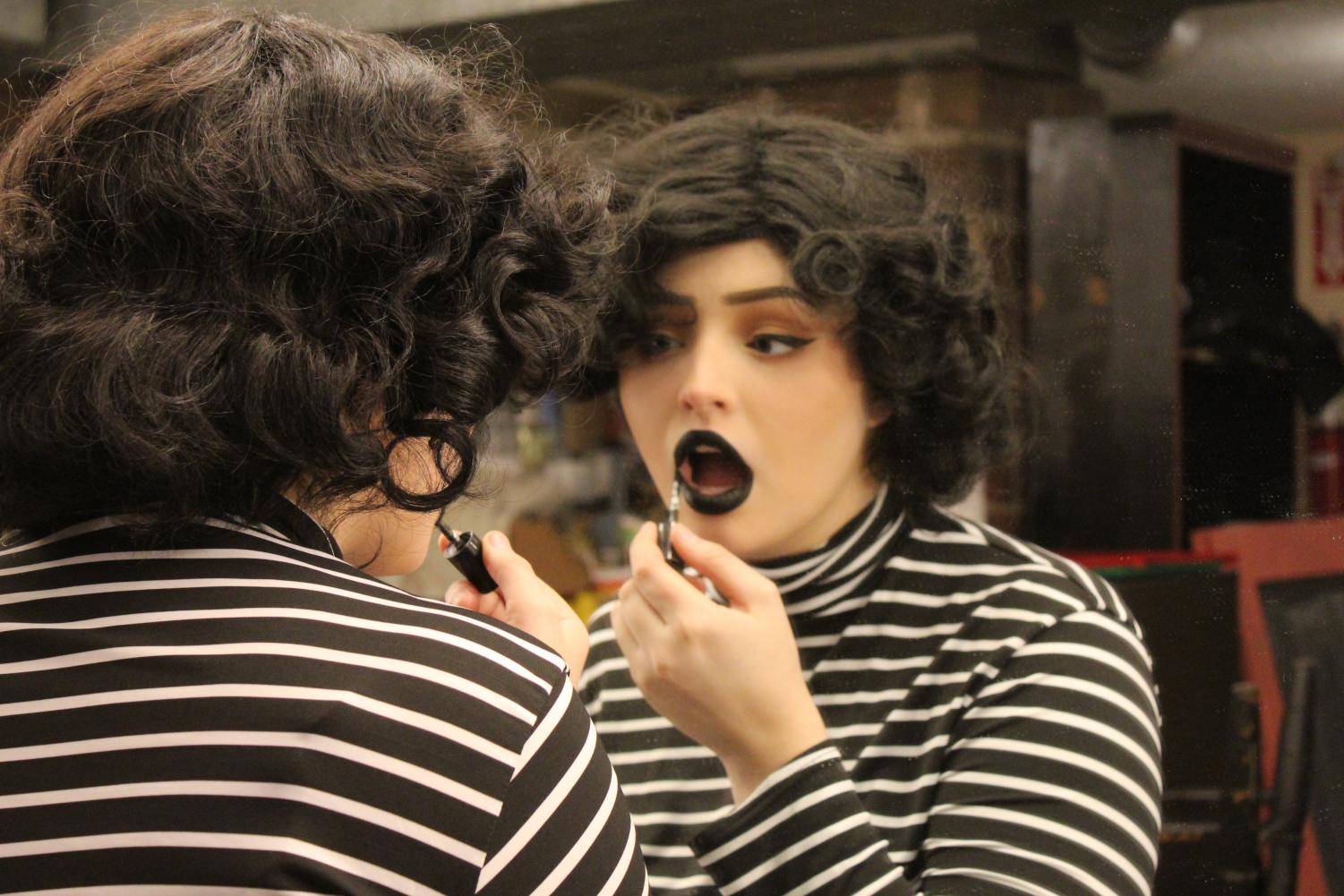 Sophie Helton puts her make-up on.

Merry Mac performers, along with the Martinsville Arts Council,  are bringing the production of James and the Giant Peach to life.

The play is a story about a young boy whose parents are killed by an escaped rhino, and then sent to live with his awful aunts. One day, while working in the yard a creepy old woman brings James magical gator tongues. After he loses them, a rather large peach grows on a bare tree; he finds a hole and climbs inside. What he finds inside are peculiar, large bugs speaking English. They go on a wild adventure across the ocean until they finally land in New York.

With creative props and set pieces, the crew brings the audience into the show. But, the scenery can’t do it alone; the actors bring their characters to life from changing how they dress to how they speak.

The show runs on December 6th – 8th and 13th – 15th. For more information, or if you want to purchase tickets, click here, or visit the Martinsville YMCA.