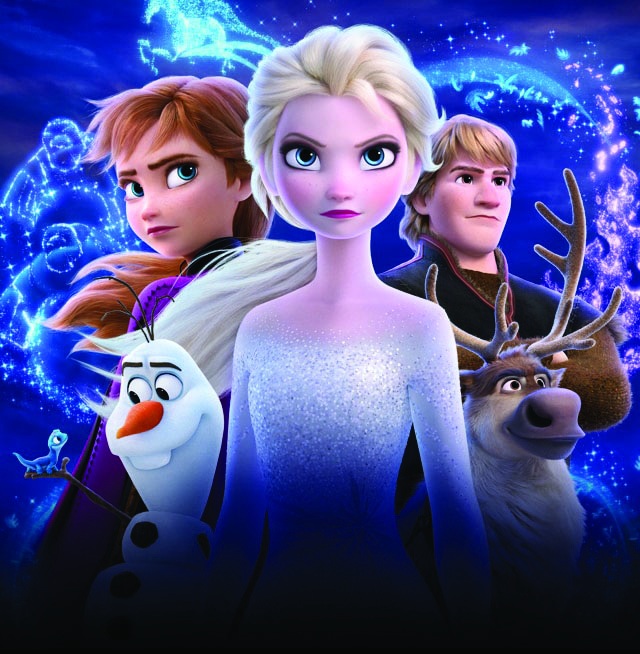 Frozen 2, the movie we’ve all been waiting for. With Frozen being released in 2013, fans have been shivering with anticipation for six long years. Whether you have seen the film once or a hundred times, everyone can admit that it’s a film that leaves you wanting more.

In Frozen 2, we are reintroduced to our favorite characters: Elsa, Anna, Olaf, Kristoff, and Sven. In the film, the main plot centers around Elsa finding where she belongs. She and her friends must travel “Into the Unknown” to find out about their past. During this journey, every character learns about themselves as well.

The music throughout the movie was something to remember. It’s safe to say that the audience was not disappointed. Songs included new hits such as “Show Yourself” and “Into the Unknown”. Other new songs included Olaf’s “When I Am Older,” Kristoff’s song “Lost in the Woods,” and the opening song “Some Things Never Changed.”

Overall, the movie is a must-see for the Christmas season and is now the number one film in the world. It is the perfect movie to take your family to this holiday season!