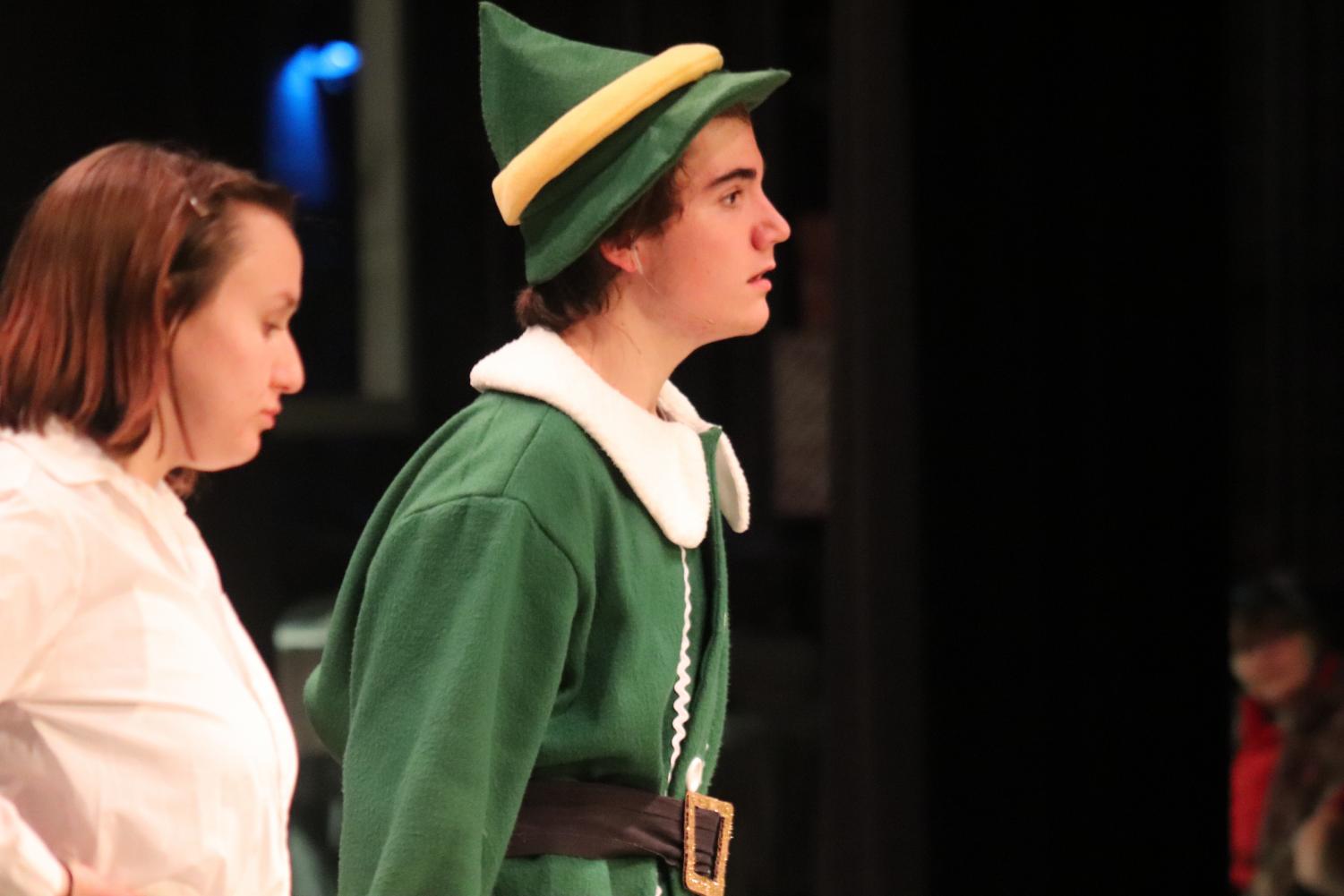 Elf The Musical Coming To MHS

Elf The Musical is coming to MHS this Friday! Stage director Rick Armstrong, vocal director Mark Yount, and Orchestra Pit director Ken Belt are responsible for a cast of over 80 members.

“An average set can take five to six weeks to build, but this took around six weeks. We’ve been working on the set the entire production process. This set was really challenging because it has a lot of little pieces. Unlike a play, where you have specific locations, and because this musical is based on a movie, you can have as many locations as you want – as your budget allows. Construction really set us back, too; we’ve had to rehearse in the large ensemble room up until a week ago, and we didn’t get our soundboard until yesterday,” Mr. Armstrong said.

Mr. Armstrong then walked through the casting process. “So, everyone is required to prepare a monologue and vocal selection for the musical. Then, Mr. Yount, Mrs. Palma from Smith, and I assist and judge the performances.” When asked why he chose Elf, he said, “It’s interesting actually; we originally weren’t going to do this at all. We have a list of plays and musicals that we want to do and this wasn’t on there. We were going to do a show on the opening weekend before Thanksgiving, but, with the auditorium renovation going on so late, we decided to do a Christmas show.”

When opening night comes around, it takes a whole lot of collective effort and teamwork to pull off the show. “Our performers come in about an hour before showtime to get into costume and get everything set up. Mostly, the girls do their own hair and makeup at home so it doesn’t take long to get ready. After vocal warmups and a few encouraging words from the directors, we’re ready for showtime.”

Musicals take a lot of time and dedication, so come out and support your fellow peers by purchasing a ticket at https://mhsaud.booktix.com or at the door. Below are the start times.