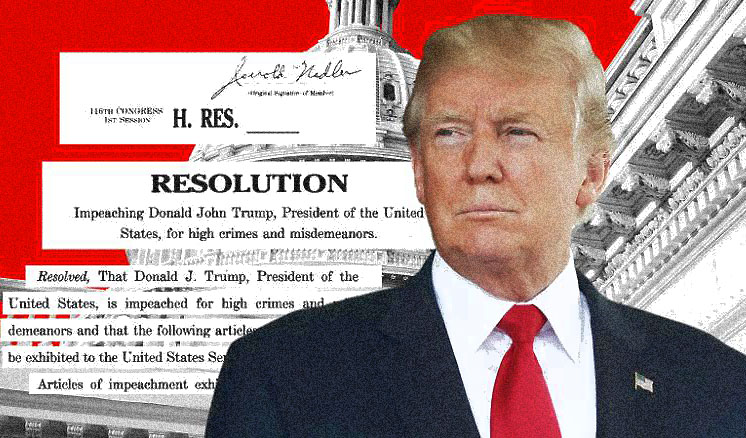 How Far Will it Go?

On December 19th, 2019 the House of Representatives voted to impeach President Donald J. Trump. He was accused of “abuse of power” and “obstruction of Congress.” Contrary to what many might believe, being impeached does not mean President Trump will be removed from office.

The next step in the impeachment process is taking the case to the Senate for trial. The Senate will make the decision on whether or not the President is guilty, thus determining if he will remain in office; if found guilty, Vice President Mike Pence will take over.

What does this mean for the future of America? Currently, the Senate is ruled by the  Republican Party, which generally supports Trump. Because of this, many do not believe President Trump will be removed from the office.

This is a historic moment for America no matter the outcome, seeing as how PresidentTrump is the third president in history to be impeached.