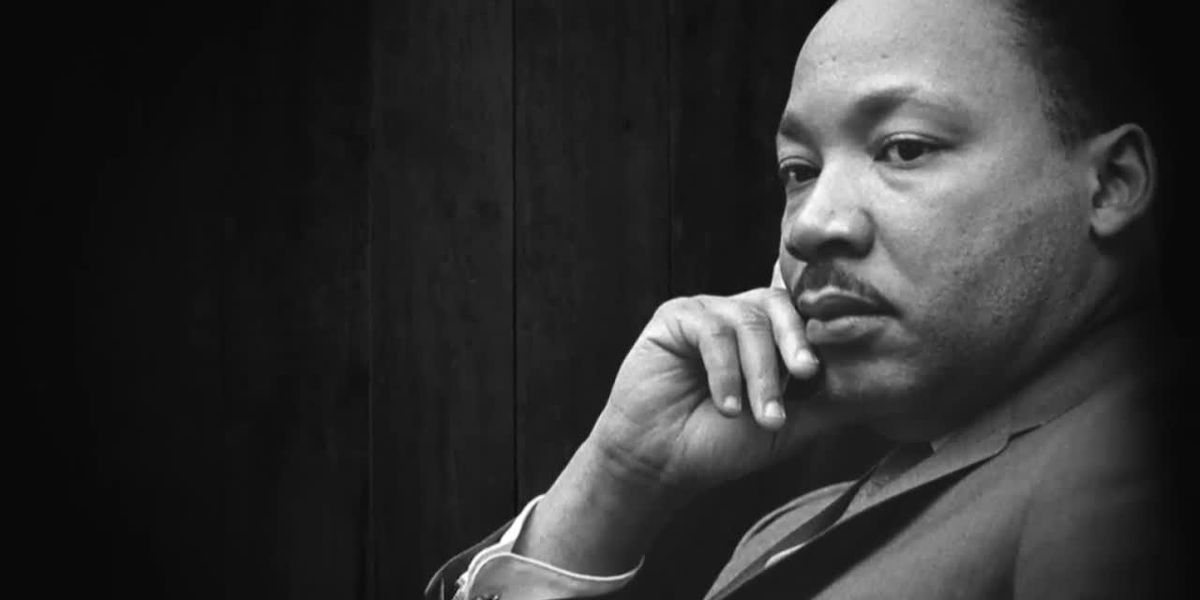 Martin Luther King Jr. looks ahead in a candid photo.

The Good and the Bad of MLK

On the third Monday of January, students are liberated from the responsibilities of school. This is great news for many students, but why exactly are students allowed to enjoy a school-free Monday on this particular day? This Monday is a federal holiday meant to celebrate the life and accomplishments of one of the most influential leaders of the American Civil Rights movement: Martin Luther King Jr.

Martin Luther King Jr. was born on January 15, 1929, to Martin Luther King Sr. and Alberta Williams King. King attended segregated public schools in Georgia until he graduated from high school at fifteen. In 1948, King earned a B.A. degree from Morehouse College. At the Theological Seminary in Pennsylvania, King became class president in a senior class consisting of white males and, in 1951, he received his degree. King received his doctorate in systematic theology from Boston University in 1955. While earning this degree in Boston, King met Coretta Scott and married her in 1953.

By 1954, King had become a prominent member of the National Association for the Advancement of Colored People. During the bus boycott that began in December of 1955 and ended more than a year later in 1956, King was arrested and his home was bombed. The bus boycott ended when the Supreme Court declared bus segregation unconstitutional. King was released, and, the following year, he was elected president of the Southern Christian Leadership Conference, which was an association that provided leadership for the civil rights movement. In fulfilling this leadership role, King traveled across the United States to speak against injustice, lead several peaceful protests, and write books/articles advocating the civil rights movement.

King gave his famous “I Have a Dream” speech on August 28, 1963, in front of the Lincoln Memorial in Washington DC. Due to the popularity of this speech, King was named “Man of the Year” by Times Magazine. He became a world figure who advocated to end segregation and racism. King donated all of the prize money to help fund the civil rights movement after receiving the Nobel Peace Prize at the age of thirty-five. King died in Memphis, Tennessee, after being shot while on the balcony of his motel room on April 4, 1968.

It has been over fifty years since the death of Martin Luther King Jr. He is still renowned for all the work he put into the civil rights movement, but even the most celebrated people who are working for a noble cause have done some not so noble things. In 1955, King graduated from Boston University with a Ph.D. in systematic theology. In 1991, the paper that he wrote in order to receive this degree was revealed to contain entire paragraphs of uncredited, plagiarized information. Despite the plagiarism, the committee decided against revoking King’s credentials. People have found other accounts of plagiarism in King’s speeches.

In 1963, the FBI suspected that King was scheming with known communists and began bugging the hotel rooms where he stayed while on the road. These tapes did not expose any communist activity, but it did reveal evidence of the countless sexual activities that he engaged in with the women he met during his travels. King enjoyed arranging sex with women who attended his speeches. His associates claimed that King was constantly passing phone numbers and hotel room keys with both black and white women. One of King’s closest friends admitted that some of the encounters turned violent, with King sometimes striking women. King was said to be having another one of his affairs just ten hours prior to his death.

Very few people are aware of King’s darker decisions, and those who are aware often choose to focus on his accomplishments. Despite his less noble deeds, King did many things to promote equality and eliminate racism.