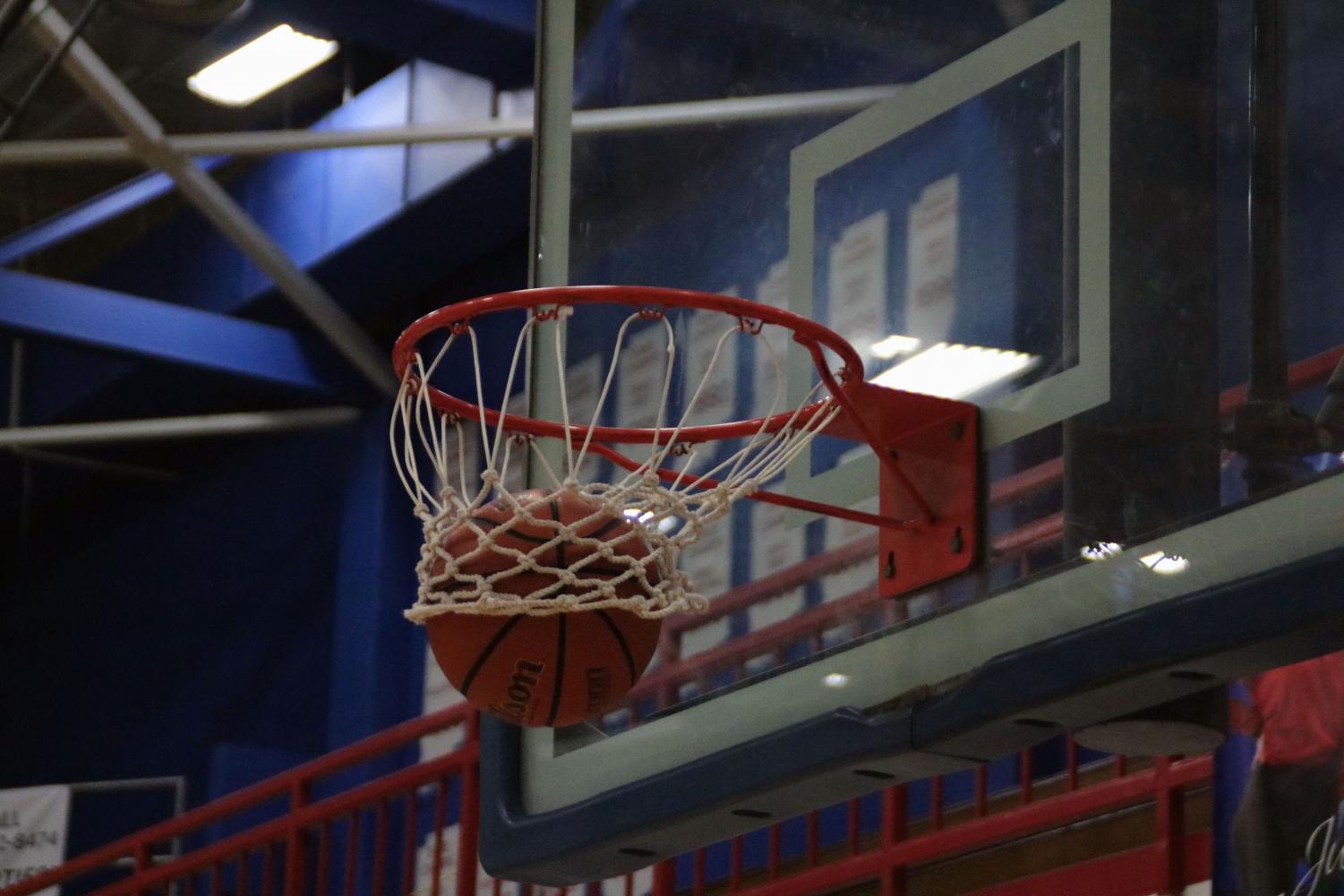 A student shot a basketball into the hoop at the Martinsville High School gym. (Emma Allen)