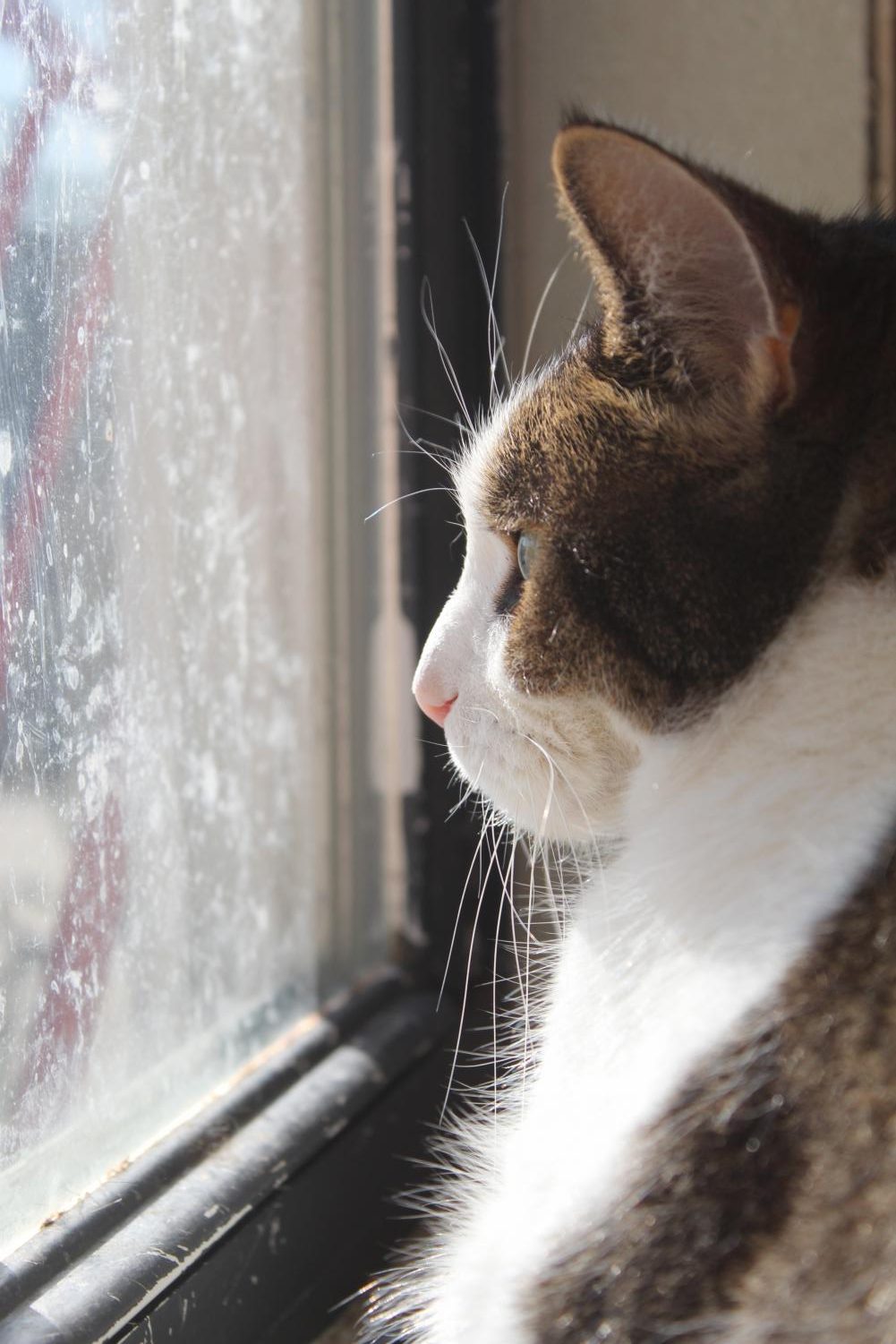 Cat at the Humane Society stares out the window, waiting to be adopted. (Emma Allen)

Cat at the Humane Society stares out the window, waiting to be adopted.

The advantages of adopting a rescue animal are vast. It is estimated that more than one million dogs and cats are euthanized in the United States simply because too many pets come into shelters. Adopting a pet saves their life while also opening up shelter space for other animals.

Rescue animals are often less expensive to adopt. When adopting a pet, the cost of vaccinations and spaying/neutering the animal are included in the adoption price, which can limit the amount of money spent.

Adopting an animal from a shelter takes away business from puppy mills (breeding facilities that put profit above the well being of the animals). By adopting a pet, puppy mills will not gain any support or business.

Shelters also provide a variety of animals to choose from. Rescue shelters have animals of all ages, genders, and breeds.

Shelters care about how the animals will fit in with their new families, and they know the animals’ personalities, activity levels, and how they interact with children. Many pet stores and puppy mills do not know the specifics about each animal.

Animal shelters and rescue groups are filled with happy animals waiting to be adopted! Many of them are already house-trained and used to living with a family. Adopting a mature pet often means that it will be much easier to introduce them to their new family.

Adopting from a shelter helps more than just one animal. Overburdened shelters take in many stray and abused animals, and, by adopting, the amount of room available for other animals increases.