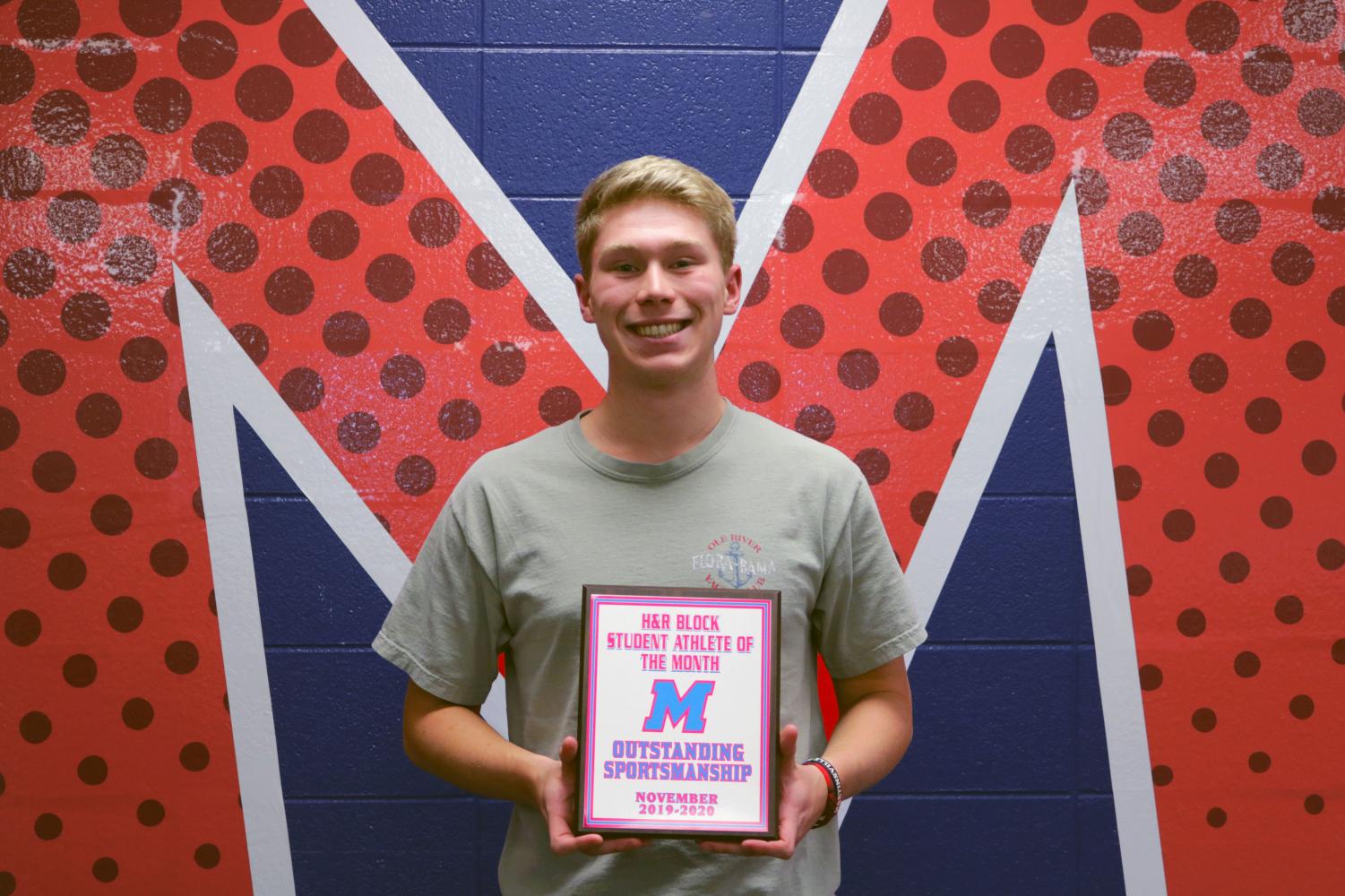 Miles Anderson is holding his Athlete of the Month Award. (Emma Allen)

Miles Anderson is holding his Athlete of the Month Award.

Miles Anderson is a current senior at MHS with a passion for swimming. He started swimming about seven years ago and has loved the sport ever since. Last summer, when Anderson was at his peak, he had an accident in the middle of July while diving into the pool. When he hit his head on the bottom of the pool, he reported that he felt “a quick jolt of pain where I couldn’t move at first.” This left him immobile for about thirty seconds, but figuring that he had only injured his muscle, Anderson continued swimming.

Five or six days later, the pain in his neck became so severe to where he could no longer hold his head up on his own. Anderson went to the doctor where he discovered that his C7 vertebrae, the bone at the base of the neck, was broken, and he was told that he had to go to Riley Hospital immediately. He underwent a four-hour surgery to place rods and screws into his C6 and C7. After, he had to wear a neck brace for three months.

Before Anderson broke his neck, he believed that he was at the peak of his swimming abilities, but his neck injury prevented him from swimming for six months. During this time, he felt helpless, saying that “I was completely destroyed. I had no physical strength or motivation.” He was not capable of many physical activities and was dependent on others, but his friends and family were very supportive throughout his recovery.

When Anderson was released to swim, he realized what the six months of inactivity had cost him. Everything he had gained over the years was lost, making him feel like he was starting from scratch. When asked how his injury affected his swimming skills, Anderson said: “I lost everything I gained over the past two to three years, so it was pretty much like starting from scratch all over again.” Despite this, Anderson persisted. He used the pool to build his physical strength and motivation and worked to get himself healthy and back to full strength.

Breaking his neck made him “not take everything for granted, not even the little things because you don’t realize until they’re taken away.” Anderson is a little more cautious now, but breaking his neck did not deter him. He was awarded the Athlete of the Month for November. Though he is still not quite where he was or where he wants to be yet, he is close and continues to work hard.

Since breaking his neck, Anderson has won first place in several meets and has even set the record for the 200-meter freestyle. Anderson is considering continuing his swimming career at IUPUI. Although this path is not yet certain, swimming is still a large part of Anderson’s life and will always be a part of him.