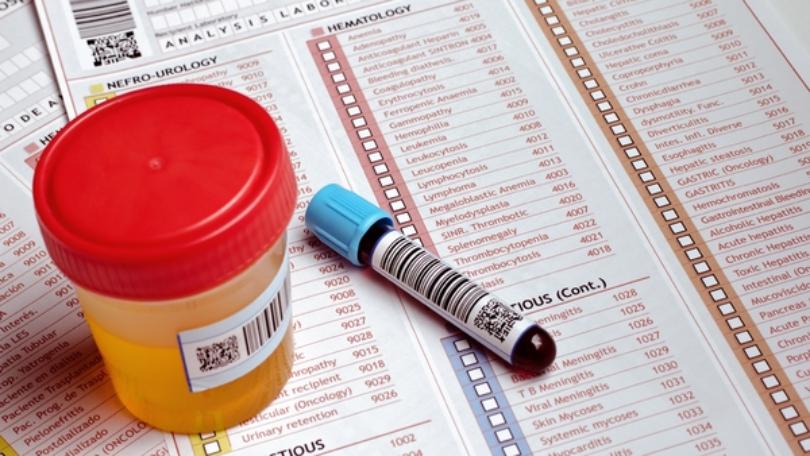 Student drug test at a high school in Central Texas.

For the past four years, my school has drug tested students from a pool of students who drive to school or who are involved in any extracurricular activities. However, from day one, I have had a problem with this, and, to my surprise, I seem to be the only one.

Suppressed to the back of my mind for a couple of years, the problem re-emerged only about a month or two ago when I was called down, along with a handful of other students, to be drug tested.

I instantly tried to convey my disapproval toward the process, but I was shut down every time, only to be told that the only reason why I didn’t want to be tested was because I was obviously on drugs. It got to the point where I asked to speak to the principal, and he too accused me of being on drugs; although the principal and I get a good laugh at our argument now, I have to admit I have never felt backed into a corner more than I did in that moment. At the end of the day, I was forced to take the test so that I could stay in my extracurriculars.

People often ask me why I have so much of an issue with being tested if I have truly never been on drugs, and, when I explain it to them, they always tell me I’m blowing things out of proportion; the truth is, they are the ones not caring enough. We all have the right to our own bodies, and no one should be able to take that from us.

The number one reason as to why I dislike drug testing so much is because it’s an invasion of privacy. I believe that I have the right to decide what happens to my body and the contents of it. This basic human right, along with many others, is taken away from me the moment I step onto campus, and, in my opinion, I don’t believe that my rights should be taken away just because I wish to receive an education.

Even though your basic level of education is still provided, failing a drug test means no extracurricular activities and it even demonizes children so that, in a way, they do not receive the same education. Teens are more likely to participate in drug-related activities because of their easily persuaded minds, but the majority of the time kids do not participate in drugs routinely.

In a hospital, if you refuse a drug test, then your care will not be of any less quality, and they cannot force you in any way, shape, or form to give them something that you do not wish to give. Not only does it interfere with your bodily privacy but also the privacy of your life in general. So, why should schools be any different?

Schools should not be entitled to reprimand their students for something they do outside of campus. It is not within the school’s authority if they witness a student murder someone on the street to immediately reprimand them at school. Of course the student would get in trouble with the law, but in no way would the school get involved. By all means, if a student is caught using any drugs on campus, then they should be punished in order to maintain a safe campus and keep other children out of harm’s way, but I do not believe that it is the school’s responsibility to tell students what they can and cannot do outside of school.

Drug testing is not only an invasion of privacy, but it’s pointless. Many studies have shown that drug tests do not deter students from doing drugs. A NIDA-funded study in 2013 found evidence of a decline in marijuana use in the presence of school drug testing and evidence of higher use of illicit drugs that are more harmful. Otherwise, the study found no causal relationships between school drug testing and patterns of substance use. In fact, the ordeal only distracts children from their education. I know first hand that on drug testing days, no student is paying attention in class; they are either worried about getting caught and leave school to escape the consequences, or they are gossiping about who will likely get caught.

While I was arguing with my principal about how making me take a drug test is extortion, and, in turn, he was accusing me of being on drugs, he said something to me that really stuck: schools do not use the drug tests to punish kids, but to inform them about the bad decisions that they are making if the test comes back positive.

While I am all for educating young, influential minds on the harsh effects of drugs, it appears to me that after students have a positive drug test, the administrators only focus on the punishment. After failing a drug test, at my school at least, some students are taken out of their extracurricular activities and may get their parking pass taken away. This punishment actually does more harm than good for children’s mental state. There is significant research on how punishing children and taking away all of the things they love in life will make them more depressed, and, consequently, children are more likely to turn to drugs again.

As an educational provider, a school’s sole purpose is to teach children. But, in the case of drug testing, the only thing that schools teach is that there is no coming back from the one mistake that you made as a child. It is not within the school’s guidelines to punish children for what they do outside of school; this is the responsibility of law enforcement, and students should not be doubly criminalized for their actions.

Disclaimer: the views expressed here are those of the writer and do not reflect Breakingblue.org, the staff, the adviser, the school or the district.