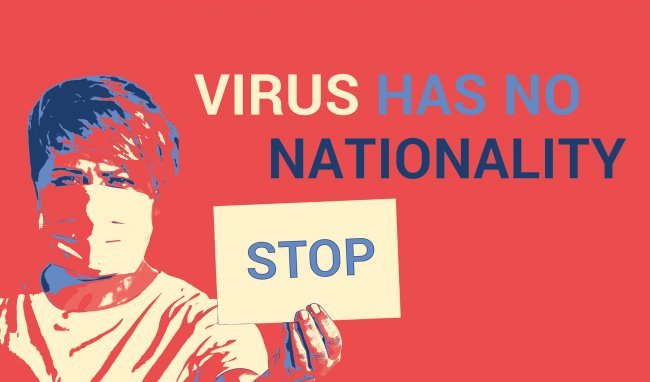 A poster made to express that the coronavirus is not specific to or because of a nationality of people. (https://www.adl.org/education/educator-resources/lesson-plans/coronavirus-and-infectious-racism)

A poster made to express that the coronavirus is not specific to or because of a nationality of people.

Recently, the world has been faithfully keeping up on updates concerning the coronavirus. Some are afraid of the outcome, while others are creating and spreading memes; even conspiracy theorists are getting involved.

However, racists, like so many other times in history, have wedged their way into this whole terrifying ordeal.

One incident reported in New York involved a man attacking a Thai-American woman who was wearing a face mask at the time. He called the woman “diseased.”

On the west coast, in Los Angeles, California, a subway rider claimed that “Every disease [has] come from China.” He then stated that Chinese people are filthy.

Across America, racist attacks that are attached to the coronavirus are surfacing. Why are these attacks happening? The reason can be traced back to the rampant spread of misinformation about the disease:

However, these rumors are completely false. The disease is not man made, though it is suspected that it did originate in bats. There was no conspiracy theory about the Chinese Government making a bioweapon or an American scientist sending this disease to China.

Anyone can get the disease and those in good health should be fine. However the elderly, small children, and those with immune deficiencies are at risk of death by the disease.

So, while the coronavirus can be scary and terrifying, it is no excuse to discriminate against Americans of Asian descent. Don’t be that one jerk, just wash your hands.